This Contemporary Music Centre (SMAC) is a musical complex consisting of two auditoriums of very different kinds and recording studios, linked by a public space called the deck, running from one side of the building to the other. It is designed on the principle that, instead of being mere consumers of entertainment, people can construct their own evening by moving from one place to the other.

The site is a corner of the Bel Ebat fairground, on the edge of the historic town centre of Evreux. The difficulty lies in the size relation between the new building, rather small and non-central, and the fairground, a huge empty esplanade. One of the challenges of the architecture is to create a synergy with the fairground activities – fetes, flea markets, circuses, etc.

To resist and exist in relation to the vast expanse of the fairground, the structure is dense, sculptural and autonomous. The main concert hall is on the first floor and sticks out, overhanging the entrance on the northern side. For acoustic reasons, the concert rooms and recording studios are separate concrete boxes.

The whole structure is enveloped in a light metal skin, a double wall or over-roof that acts as an additional acoustic feature. From the outside, the volume is opaque, composed of triangular facets, some of them made of polished stainless steel that reflects the surrounding trees. It is imbued with a dual internal motion, the movement of the deck that crosses it and the movement of the roof which rises gradually to envelop the main auditorium. The deck operates like an immense interior/exterior hall stretching from the street to the esplanade. This course distributes and shows the different entities: main auditorium hall, local radio station studio, recording studios and the club, live-music café with its glass double façade fan folded for acoustic reasons. The deck opens southwards to become a wide porch, an urban theatre that acts both as a terrace for the club, and as a stage for outdoor concerts or shows. 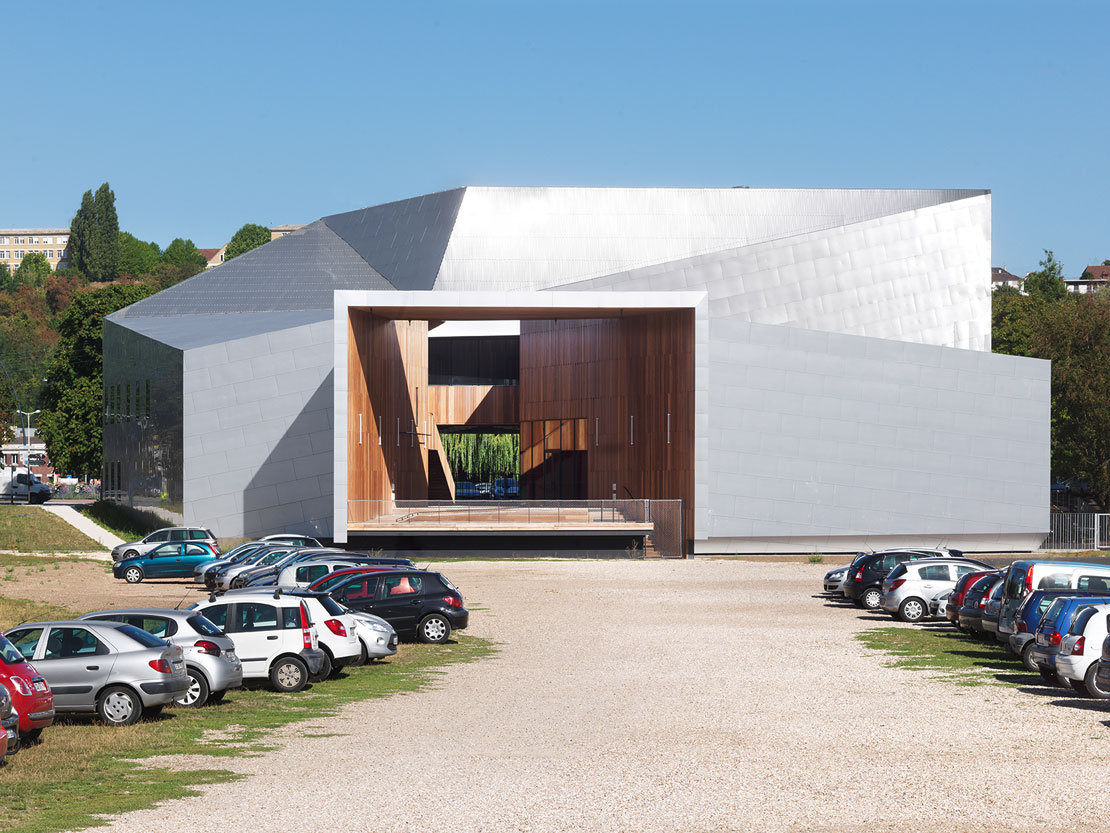 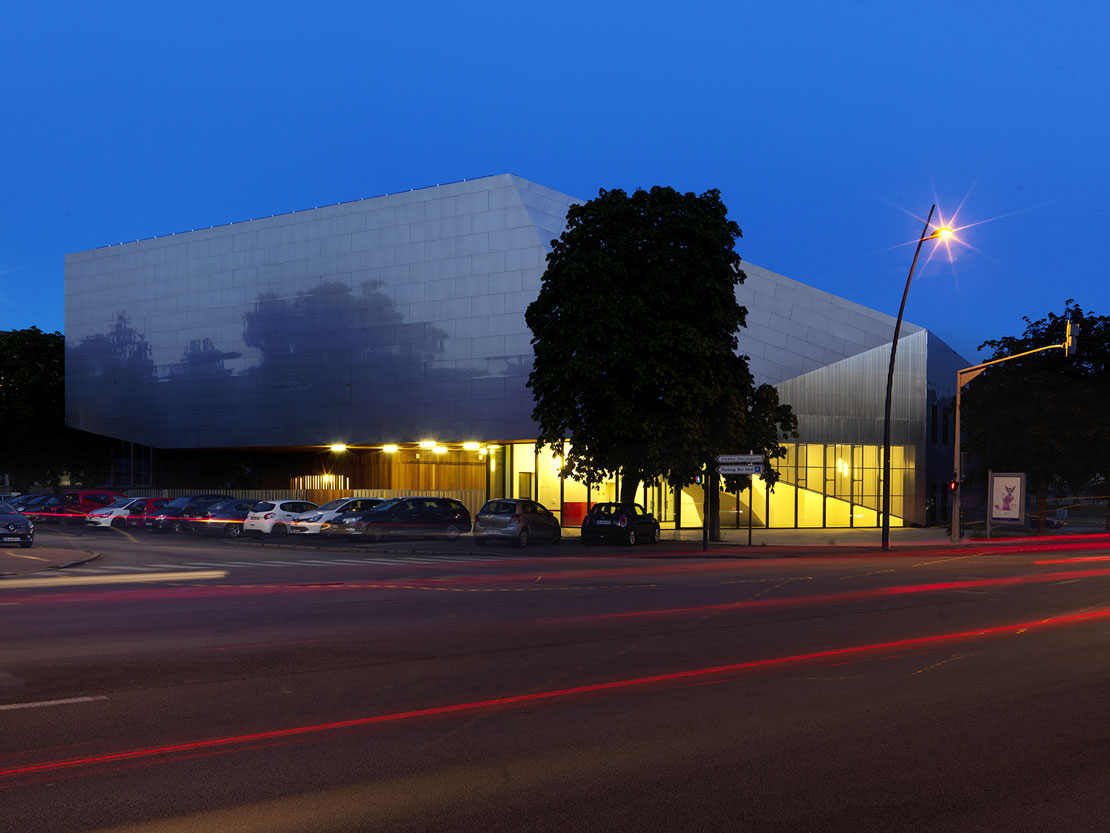 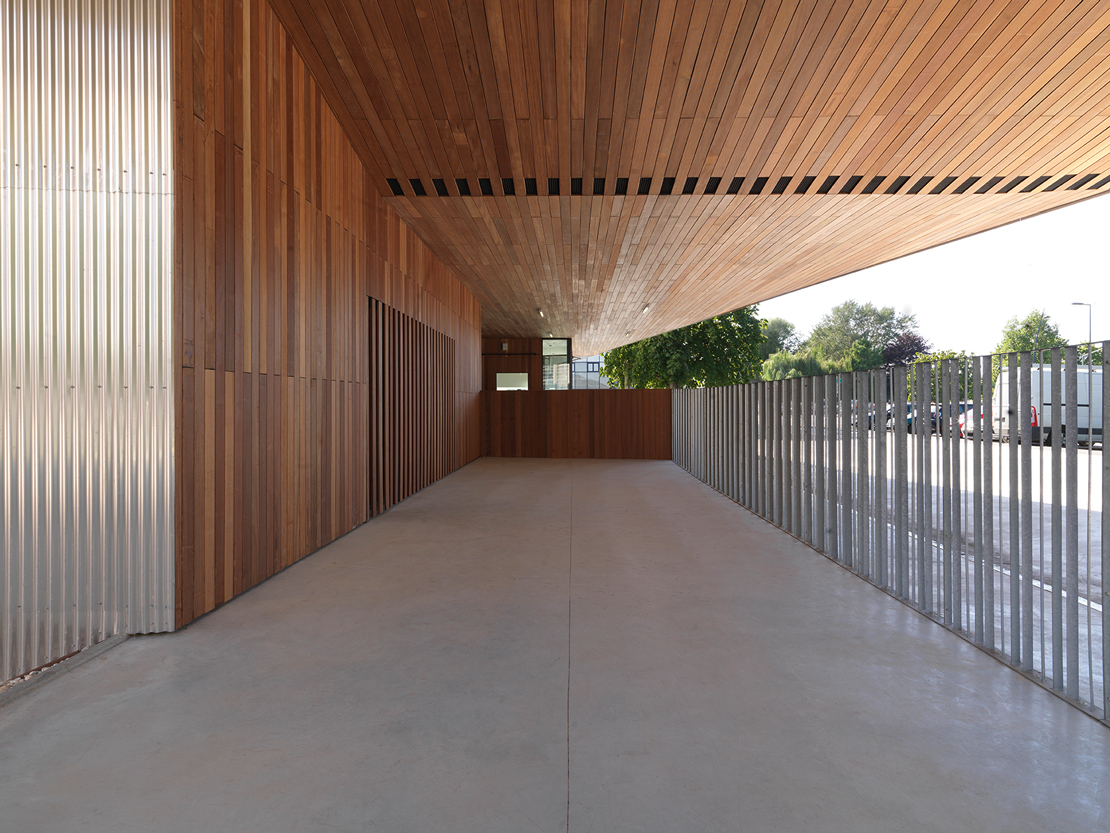 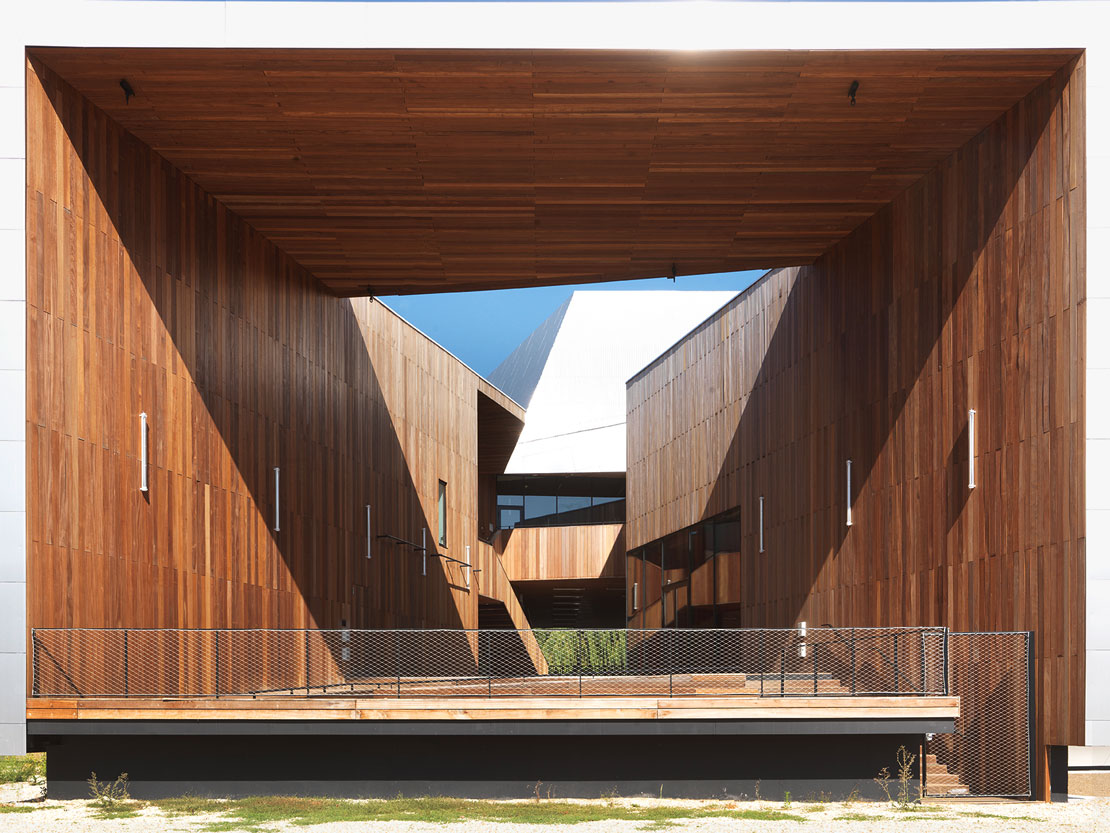 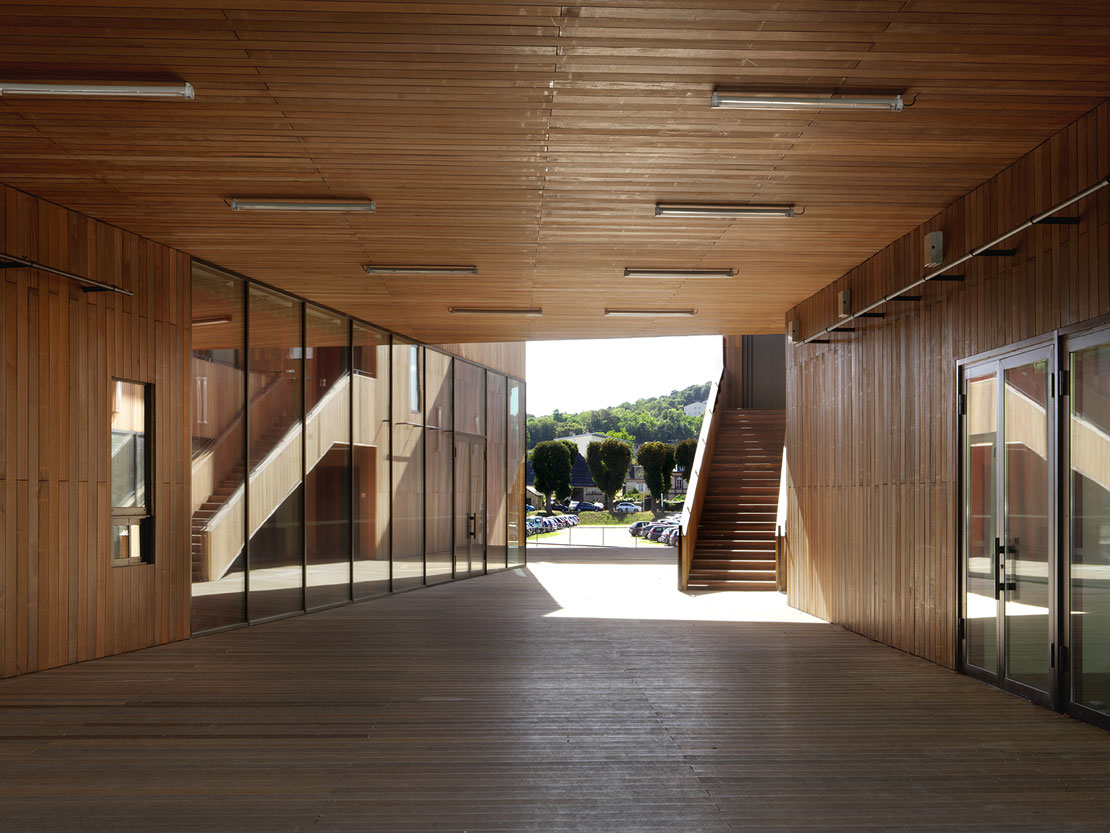 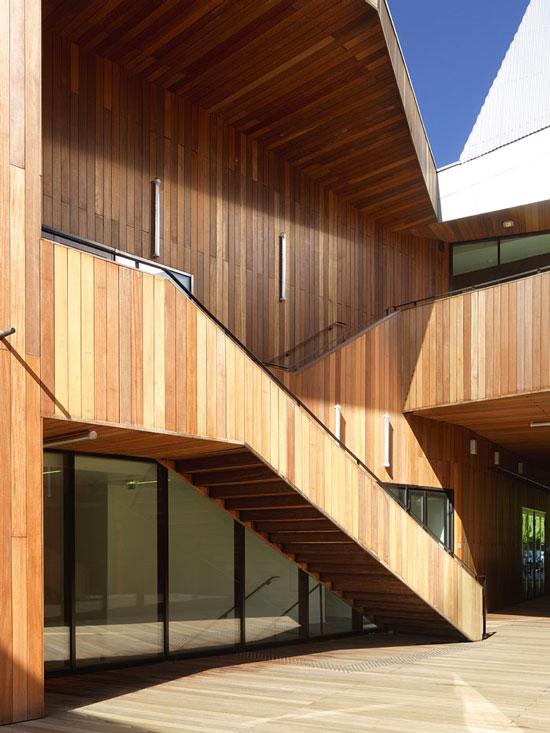 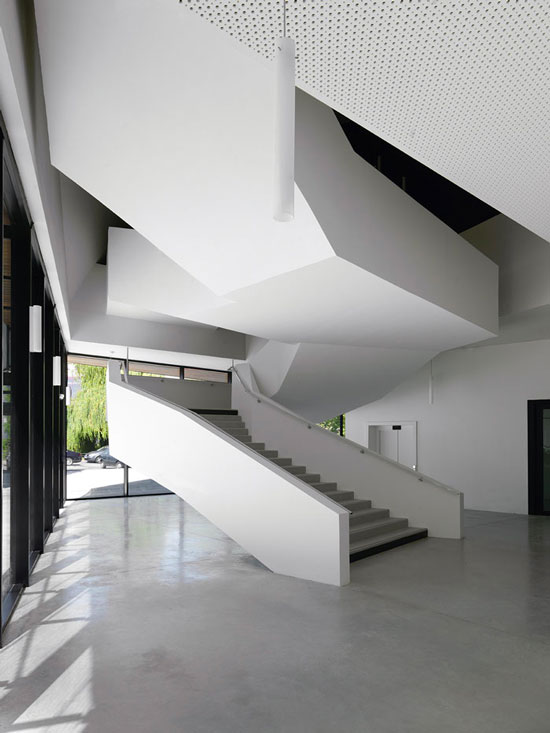 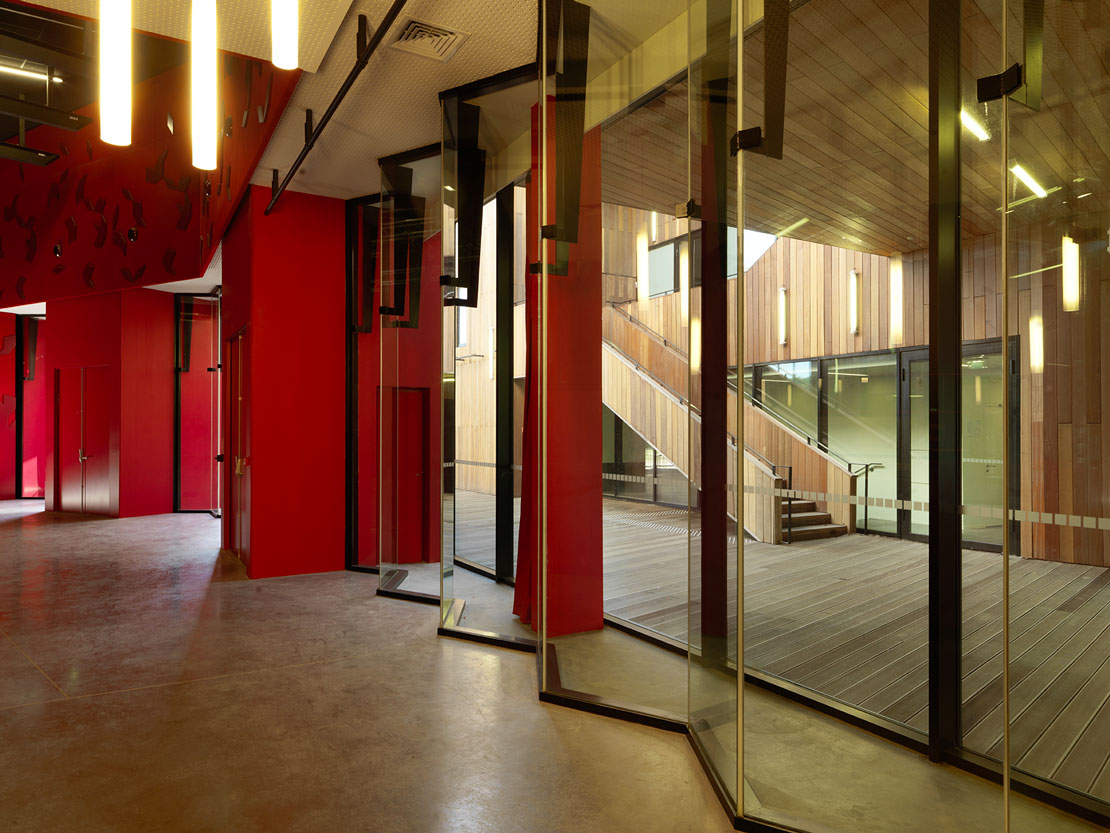 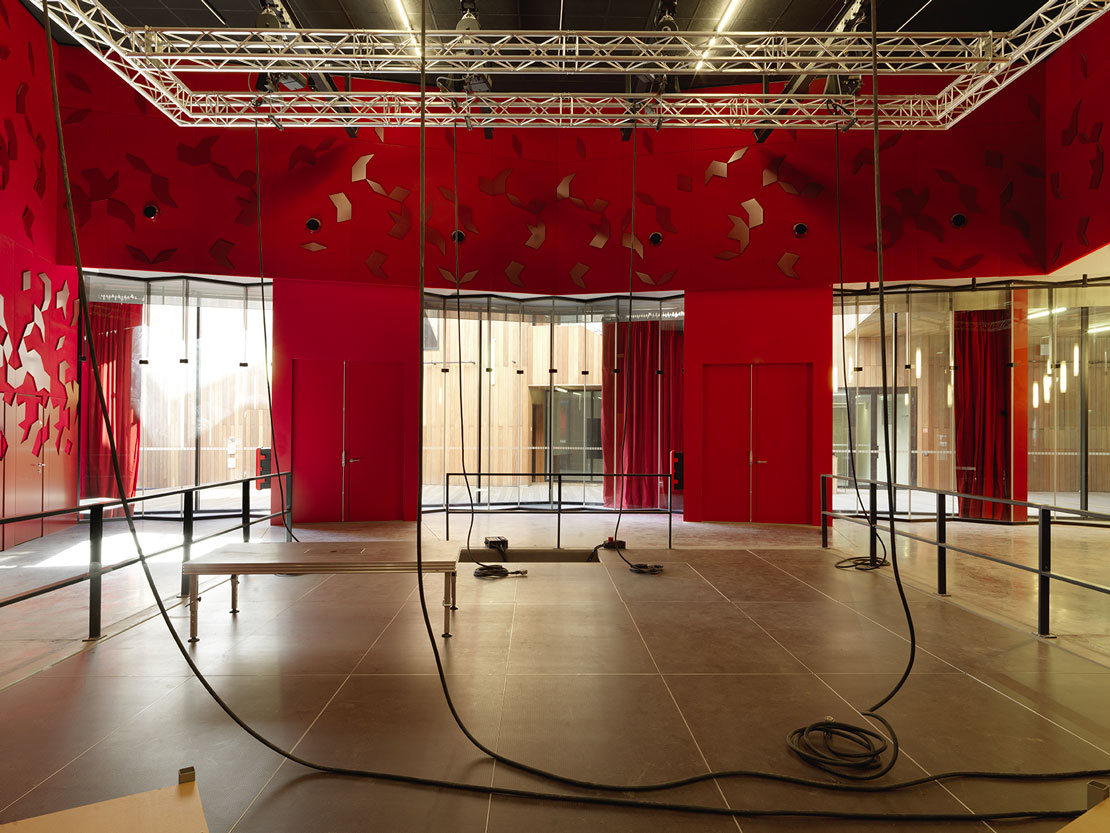 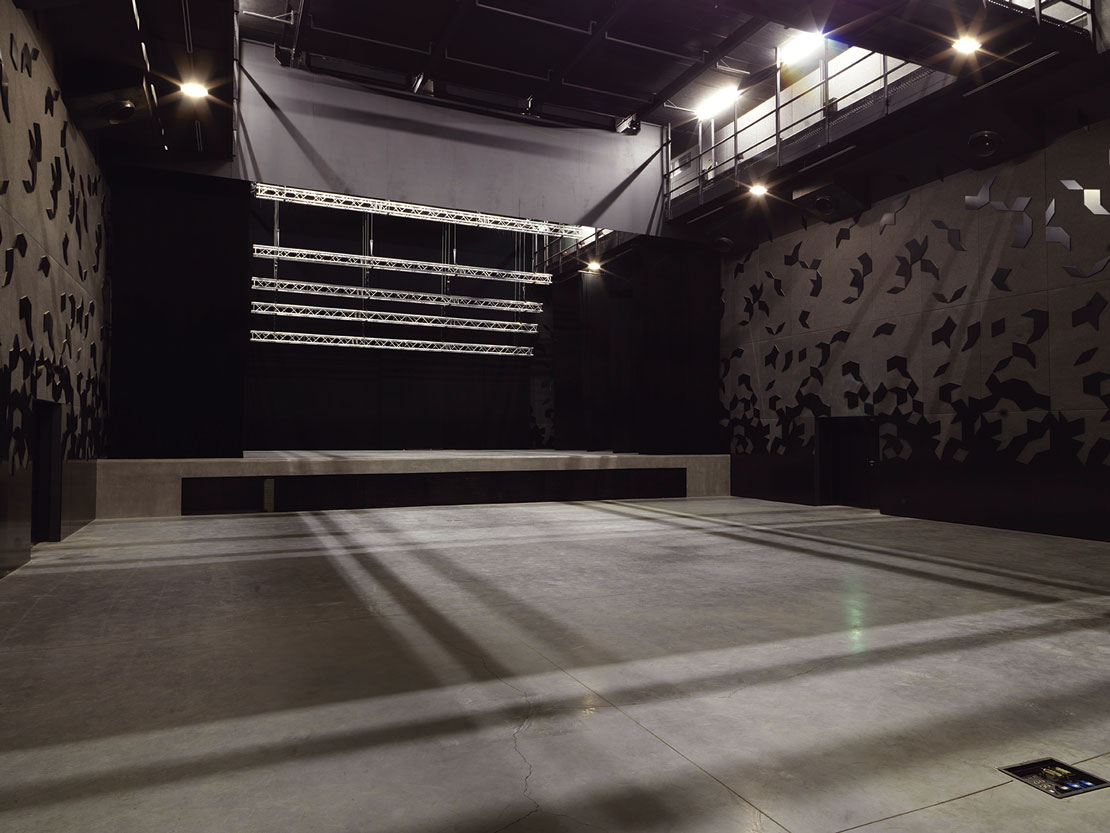 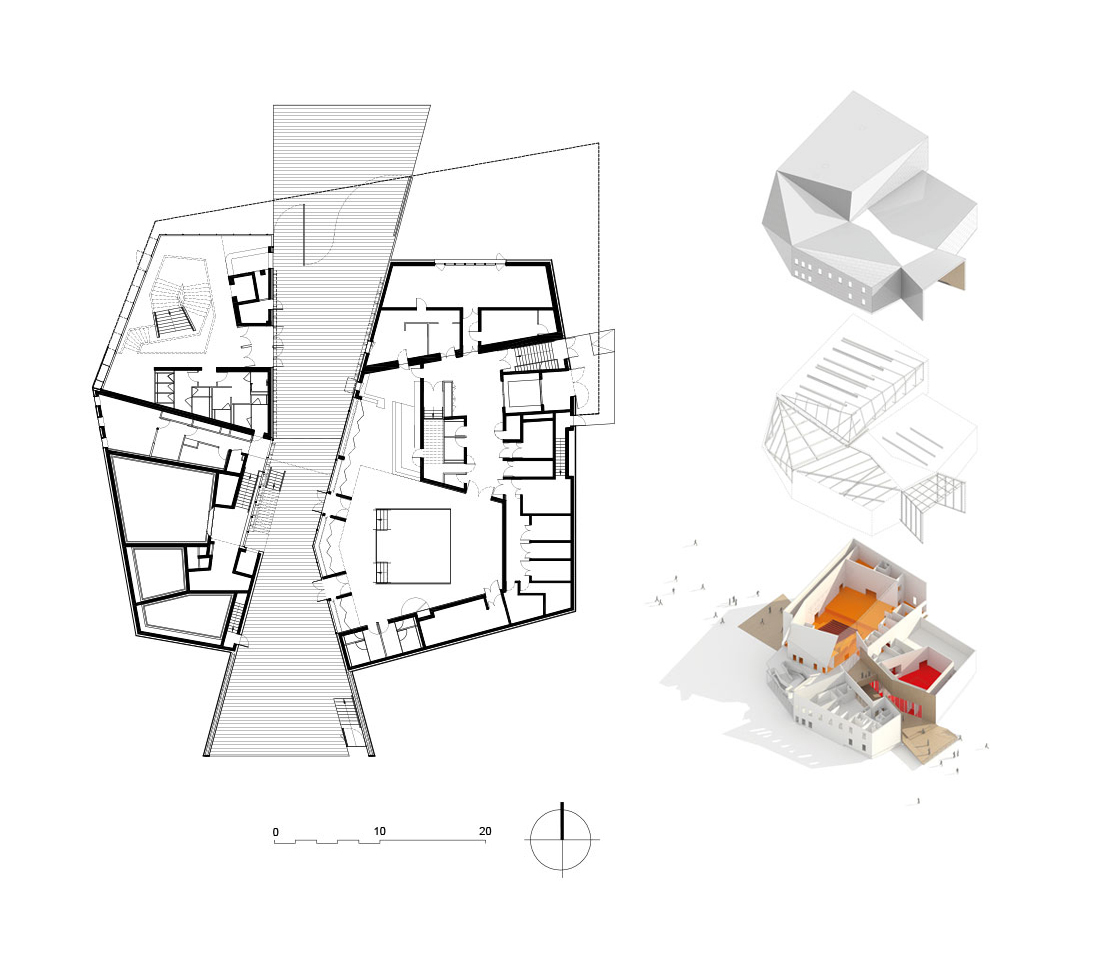