The architecture needs both to play a major, structuring urban role, and to constitute a structure that gives form to this idea of interior and exterior spaces, where new types of performance and relations with the public can take place. In its design, the project developed through a interplay between urban, symbolic, spatial and functional factors. Our project is a journey through a landscape of wood. We propose using a naturally Class 3 wood, a simple, warm material that envelops the entire structure, walls and roof, walkway and terraces. The outer shell is made of thick planks of raw wood, laid with irregular openings. In front of the glass sections of the boxes, these openings are more numerous and wider, providing light and views.

The volume forms a sculptural whole, built like a series of folded planes rising from the ground and developing in space. In this way, the project adapts to the slope of the terrain and creates continuities of surfaces and slanted planes that progressively generate the volume.

These surfaces are extended on the ground through walkways, ramps, stairways or plazas, which link the structure with the rest of the neighbourhood. The entrance hall is a largely glass surface on the plaza side, opening onto the esplanade and Boulevard A. Barillet. It is slightly elevated above the esplanade, creating a bar with a huge, protected terrace, clearly visible from the market. Outdoor performances and events can take place here, using the part covered by the lobby overhang as an outdoor stage (possibility of hanging spotlights or projection equipment on the underside). The plaza stretches as far as the entrance to the media library, bringing the two amenities into close and clear connection. The volume is well anchored within the terrain. Pathways on the park side offer pedestrian access from Rue Eugène Bernain, on the other side of the plot, and then lead into a ramp which rises to the public terrace above the rehearsal room. At the end of the terrace, a sloping surface with tiered seating creates a transition with the upper part of the structure, which contains the main theatre auditorium, and is extended by the mass of the boxes. The combined terrace and seating provides a public space able to accommodate shows and a seated audience of around 300.

This advantageous location, facing south and forming a balcony over the esplanade, can be used to organise events different from those on the plaza. On market days, an orchestra or band could play here, contributing to the festival atmosphere and creating an additional interaction between the market and the new facility. Another possibility would be more small-scale events, such as readings or “literary snacks” organised by the media library.

The architecture develops a dynamic interaction with the site, sensitive to the existing lines of force. It forms a sculptural whole, arising from a firm topographical attachment to the site. The architecture is both open, to foster acceptance, and mysterious, to generate desire. With its strong identity, the building forms a landmark in the town without being either imposing or monumental. 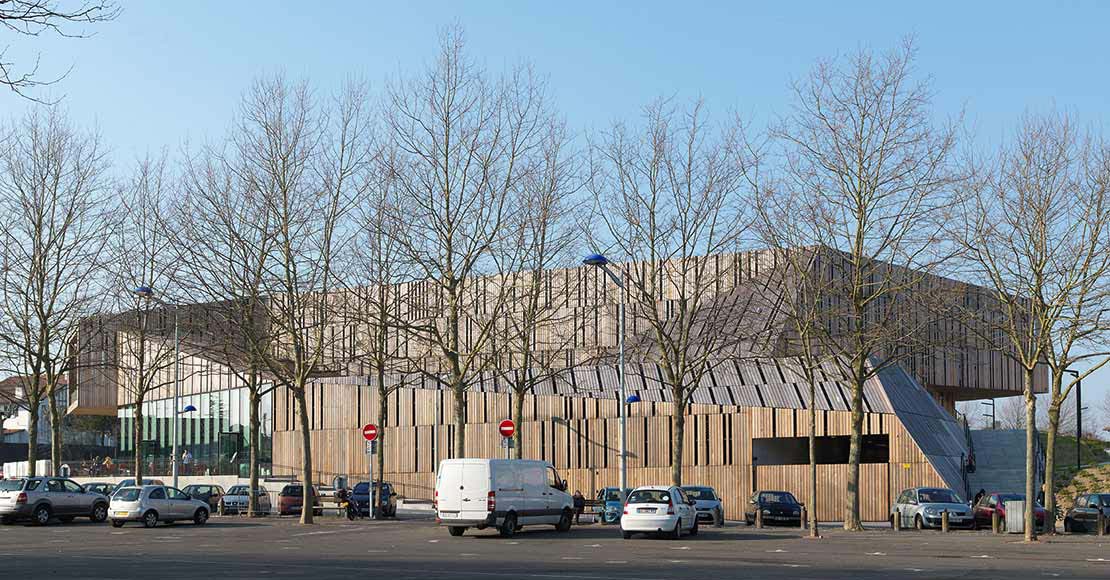 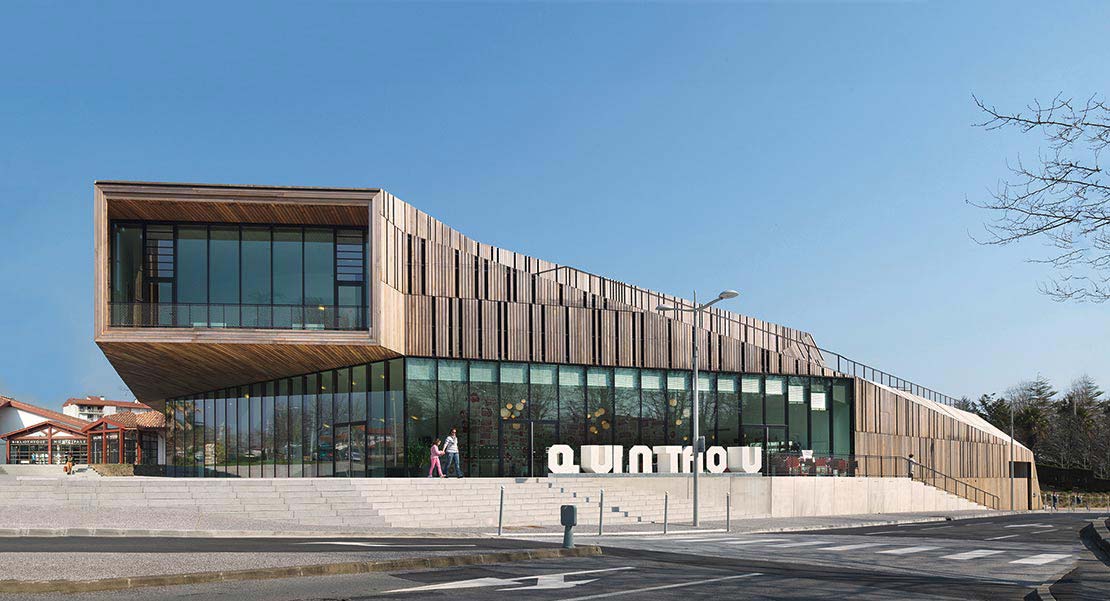 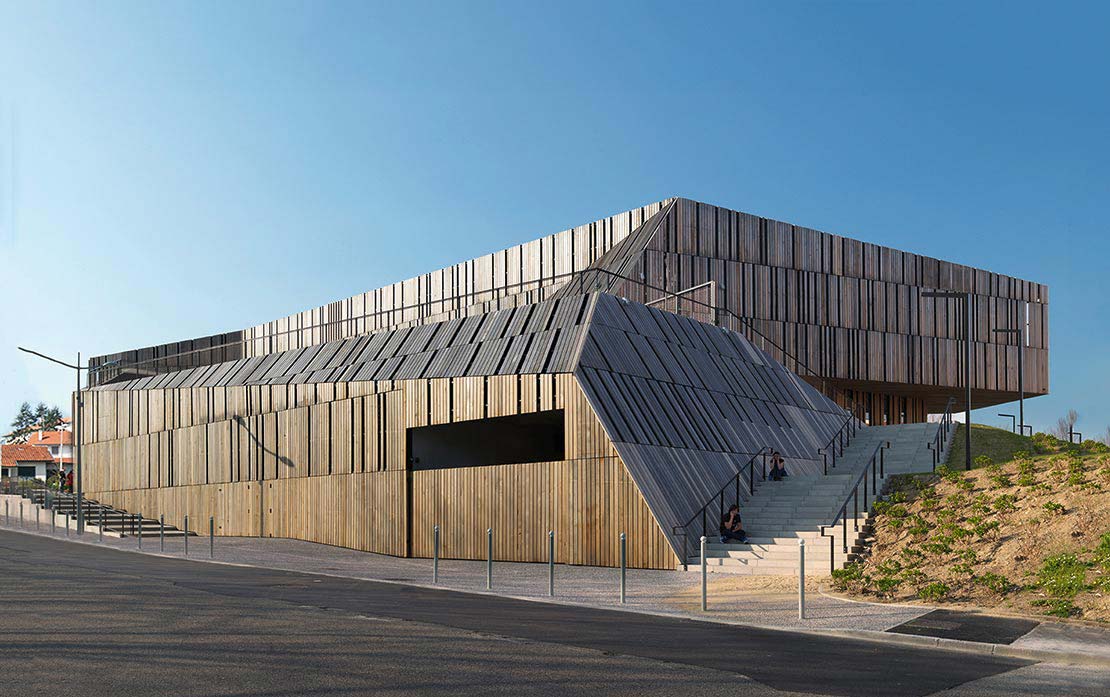 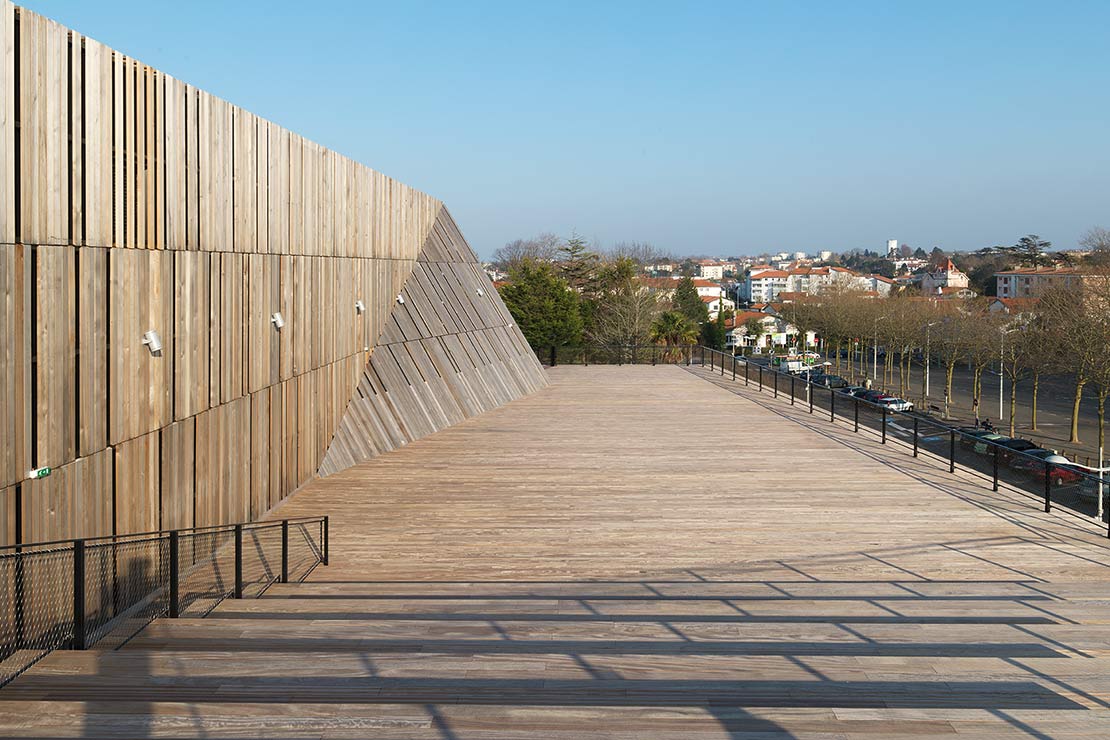 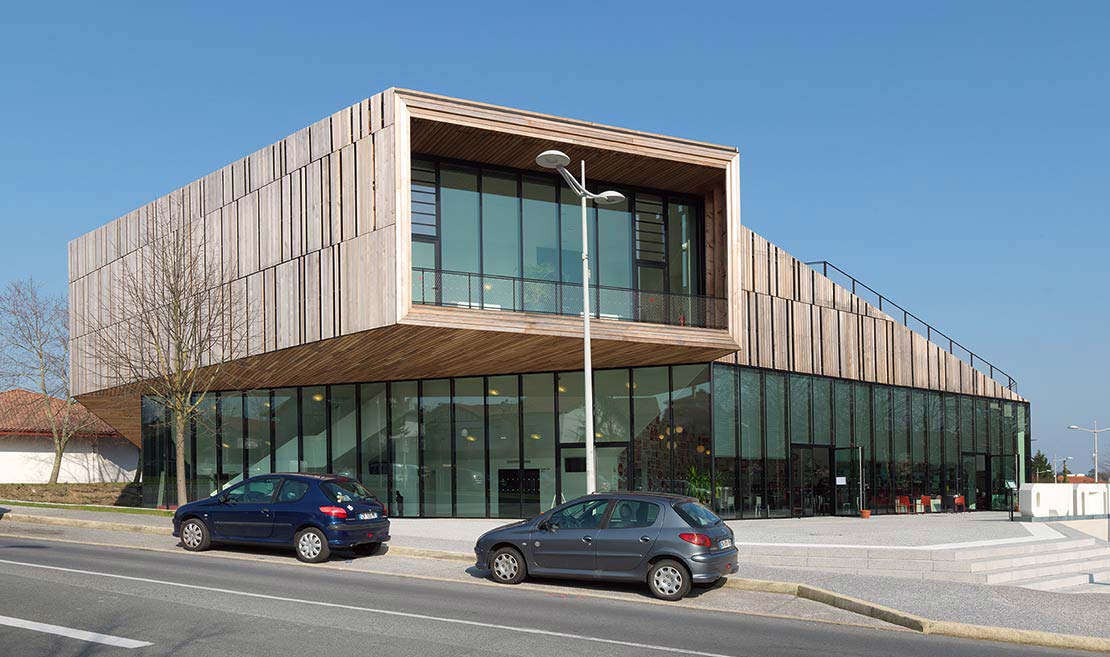 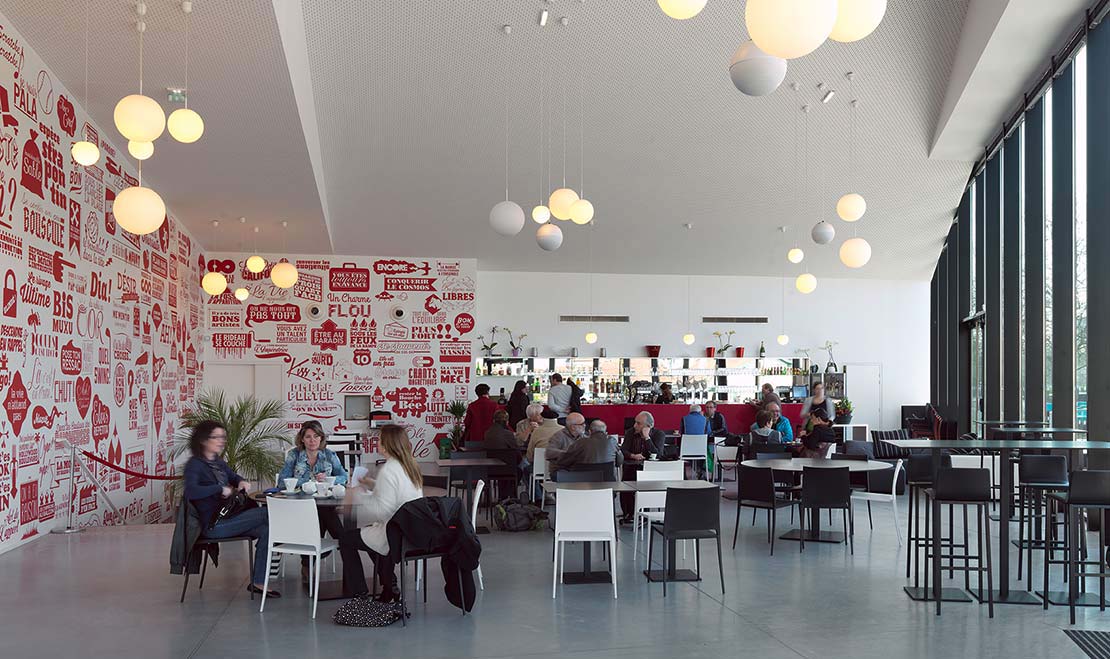 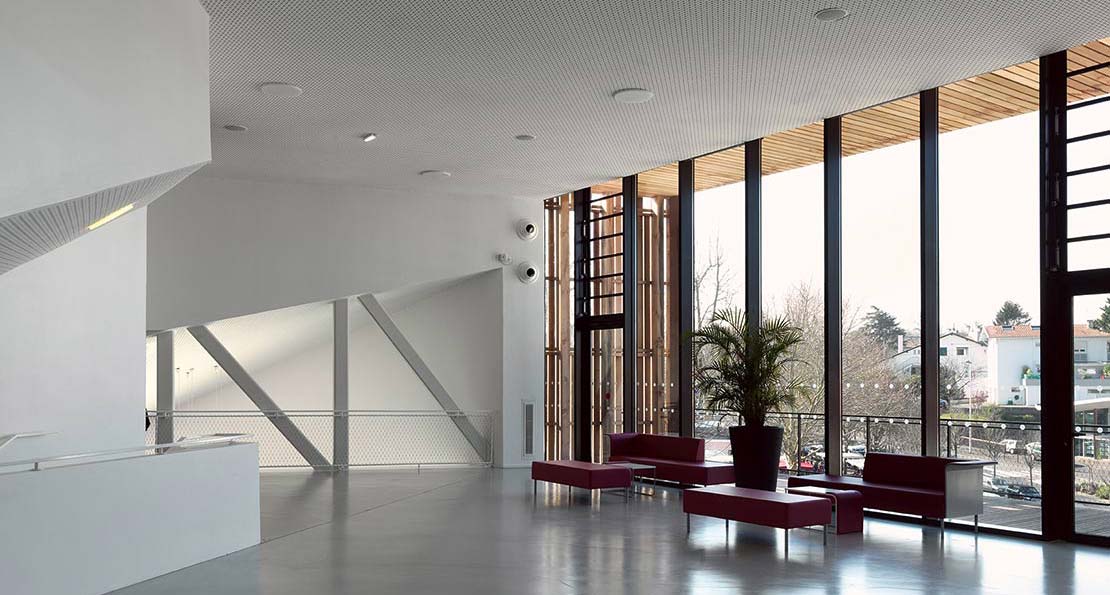 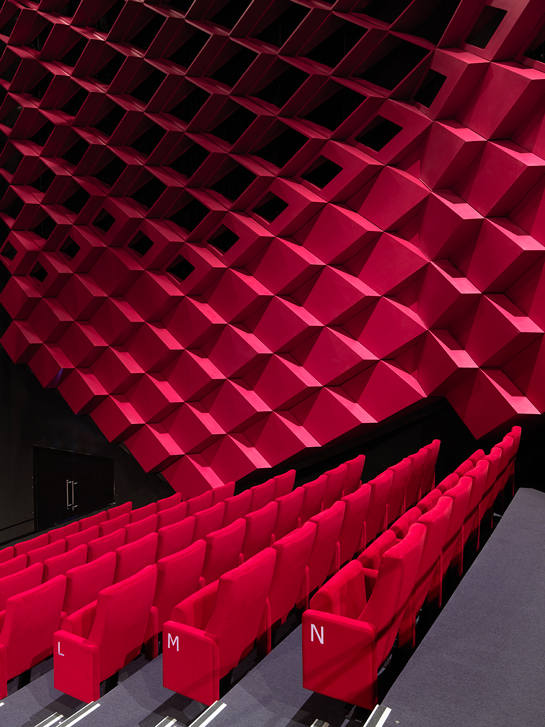 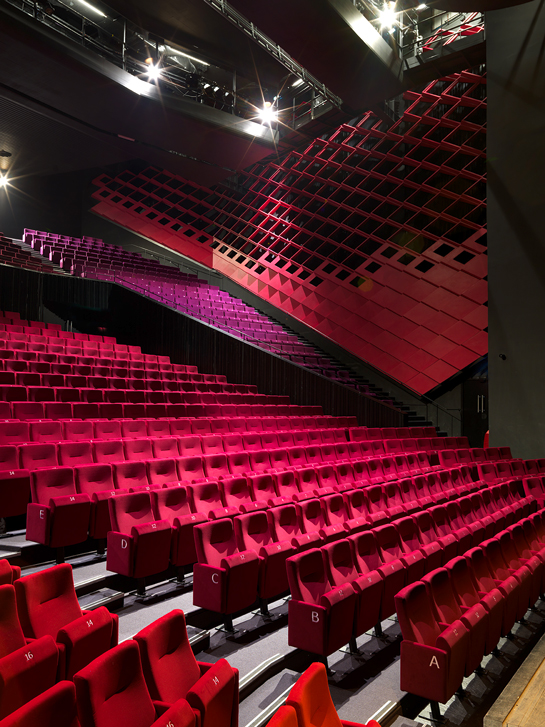 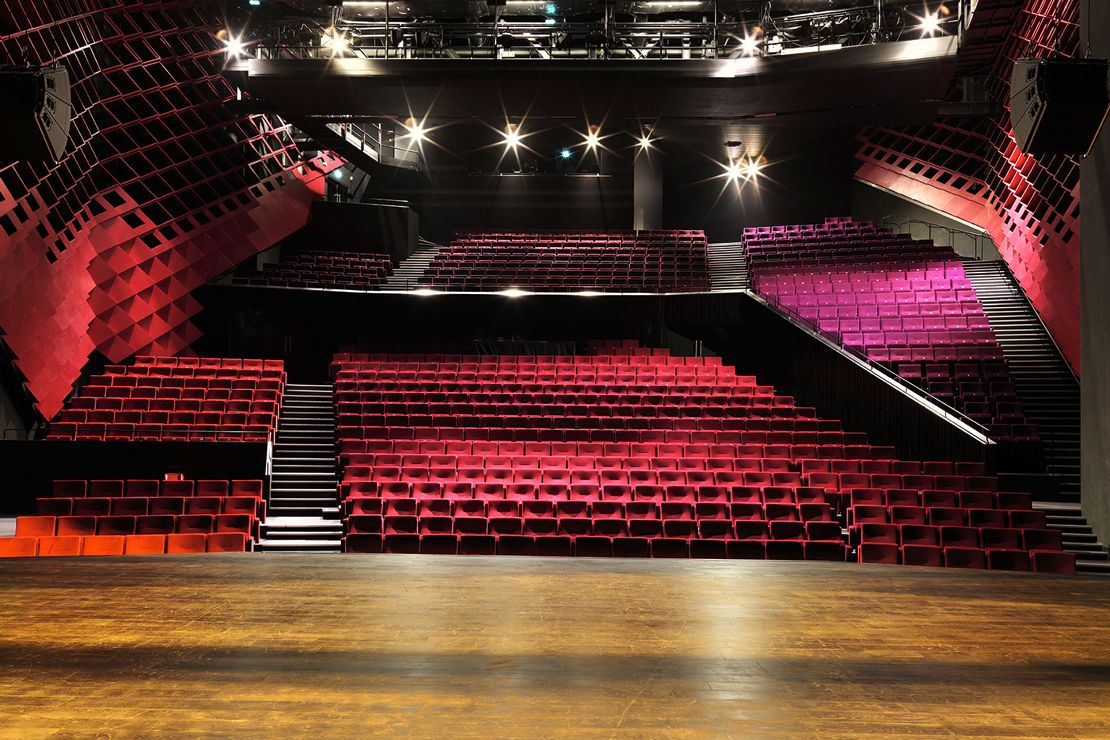 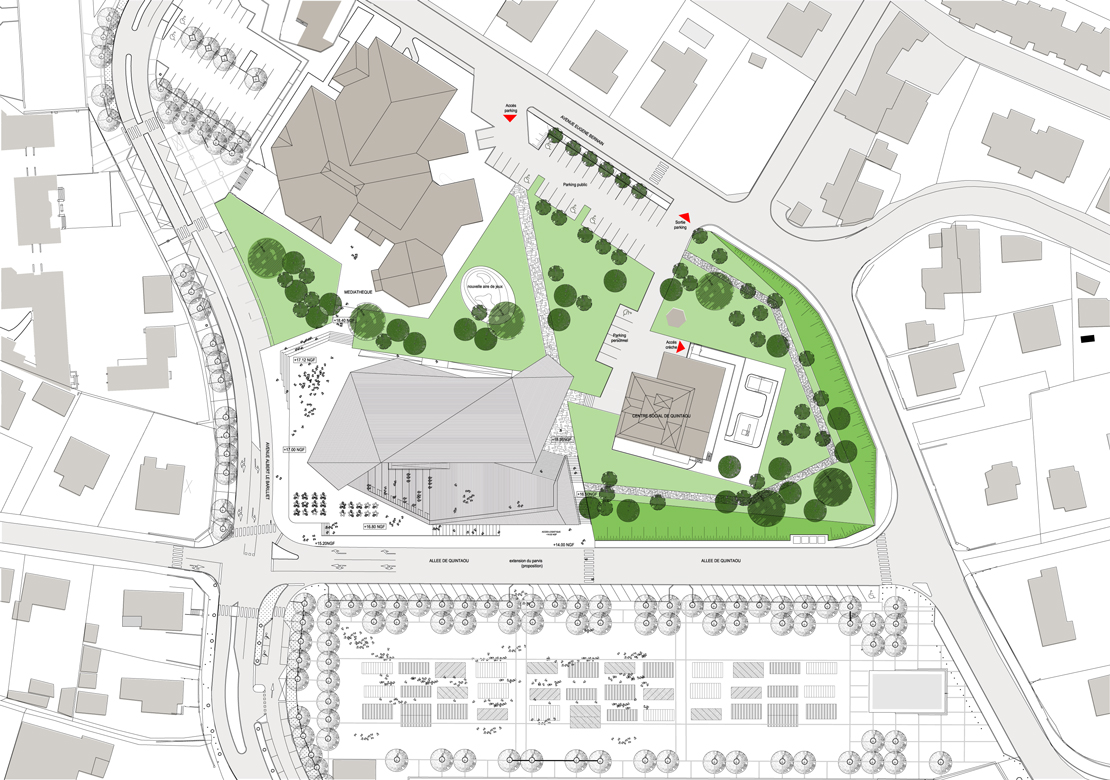 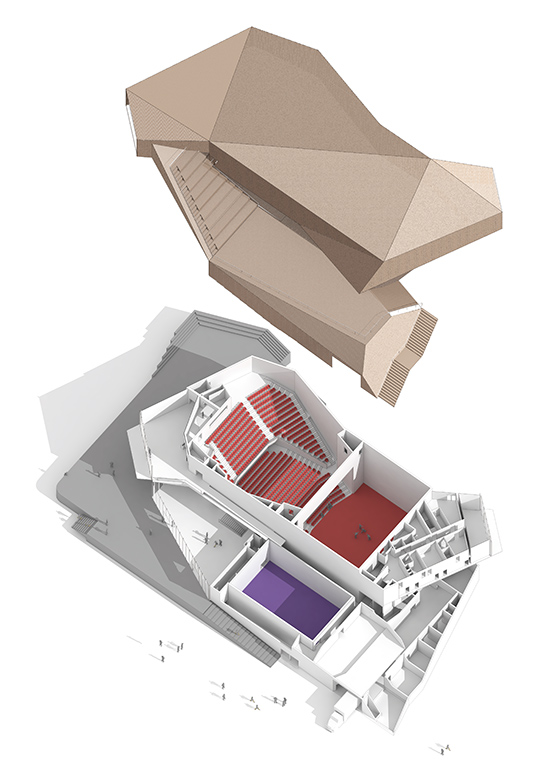 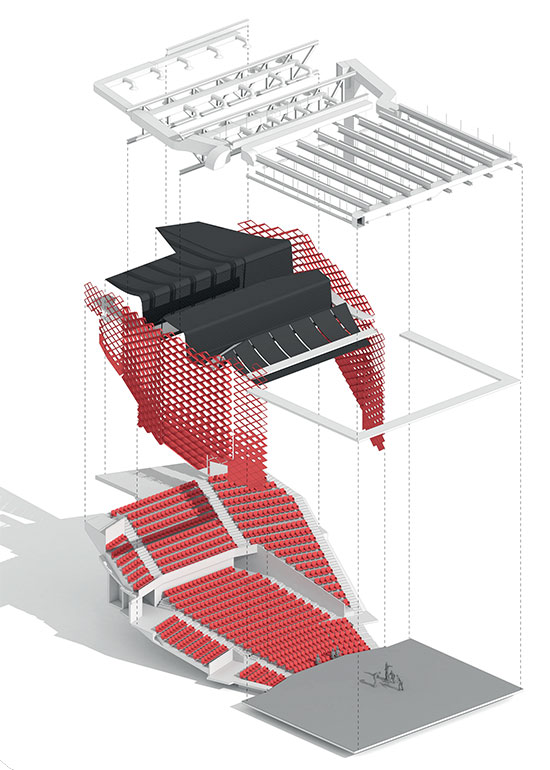 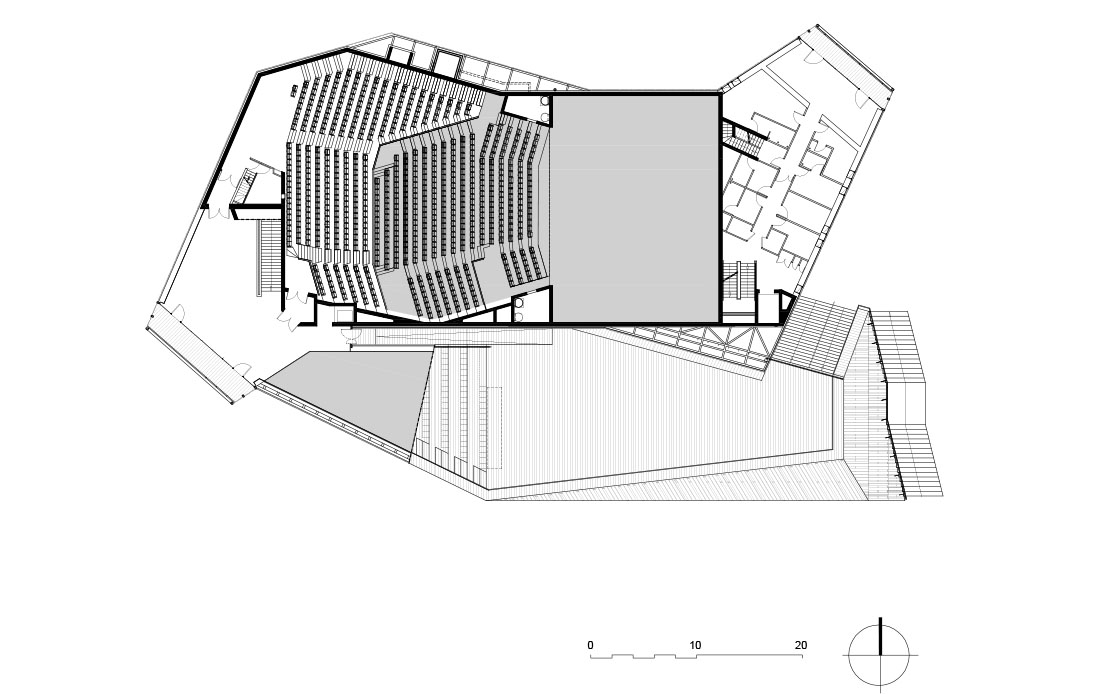