This archaeological museum will house Neolithic and mediaeval objects found at the bottom of lake Paladru. The competition’s aim was to replace, in a reduced version, the museum project designed by HAA in 2000.

Our project’s architecture articulates the site’s micro scale, with its proximity constraints, and the large landscape. The volume is built upon two intersecting naves, their ridges at right angle from each other pointing towards the site’s two major directions : on one side the Museum’s nave, in the lake’s axis ; on the other side the temporary exhibition hall’s nave, facing the Grands Roseaux archaeological site. The building « looks » in these two directions, escaping the domestic environment visible on the neighbouring lots.

The project’s morphology is due to our work on the roofing, a reference to local vernacular architecture characterised by the important volume of flat-tiles roofs. The village’s ancient adobe barns are good examples. The project, with its faceted volume, establishes a “friendly” relationship with the village context, a balance between mimesis and singularity.

Using a single material, terracotta, allows a contemporary treatment that erases the traditional distinction between roof and façade, to create a continuous volume. The flat tiles’ brown colour, in harmony with the built environment, gradually becomes blue in the upper part, reflecting the lake.

The project is dense, with no loss of space. The hall rises up to the top of the building, revealing the roof’s inflections. In the back, a glass wall reveals the outside workshops. The exhibition spaces are upstairs ; each is organised beneath one of the two naves. The roof gives the space an archetypal aspect. The tour ends with a belvedere and a protected terrace projecting the visitor towards the milieu from which he started : THE LAKE. 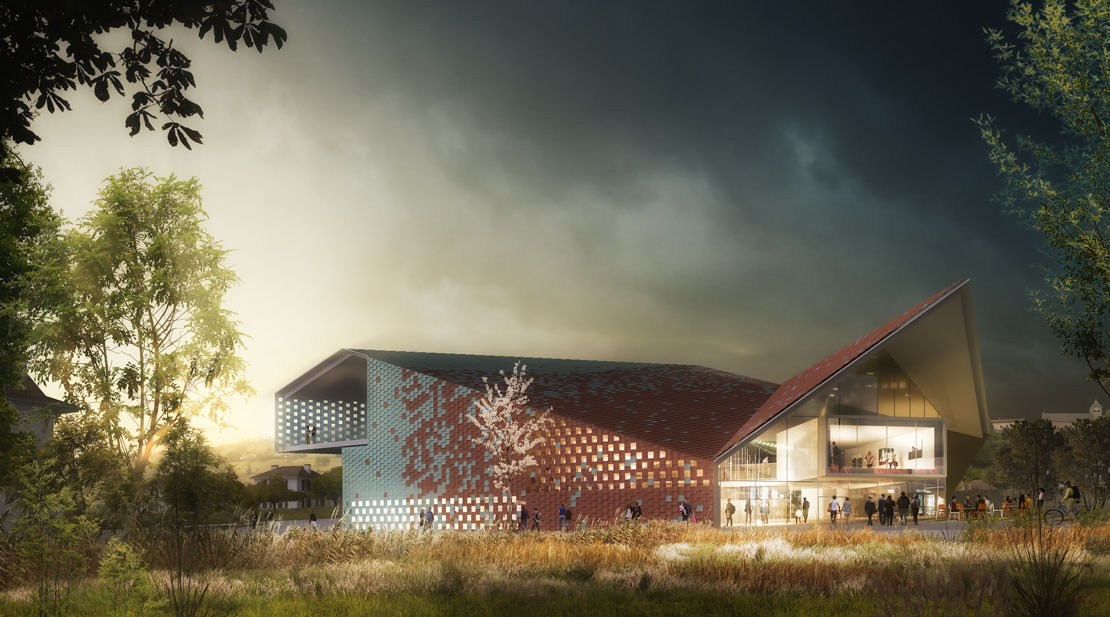 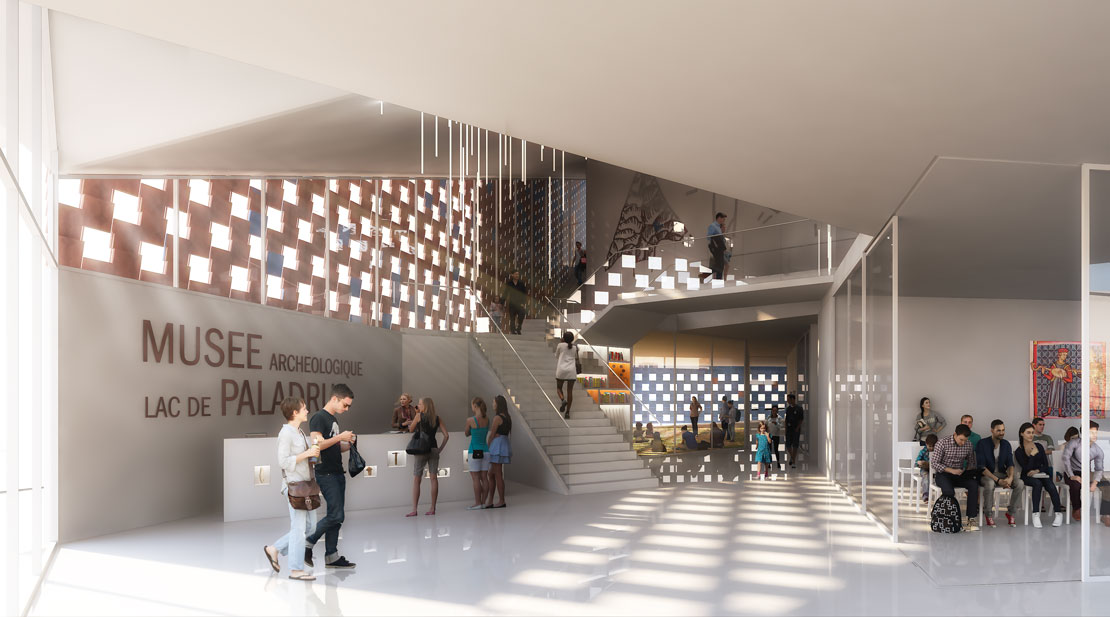 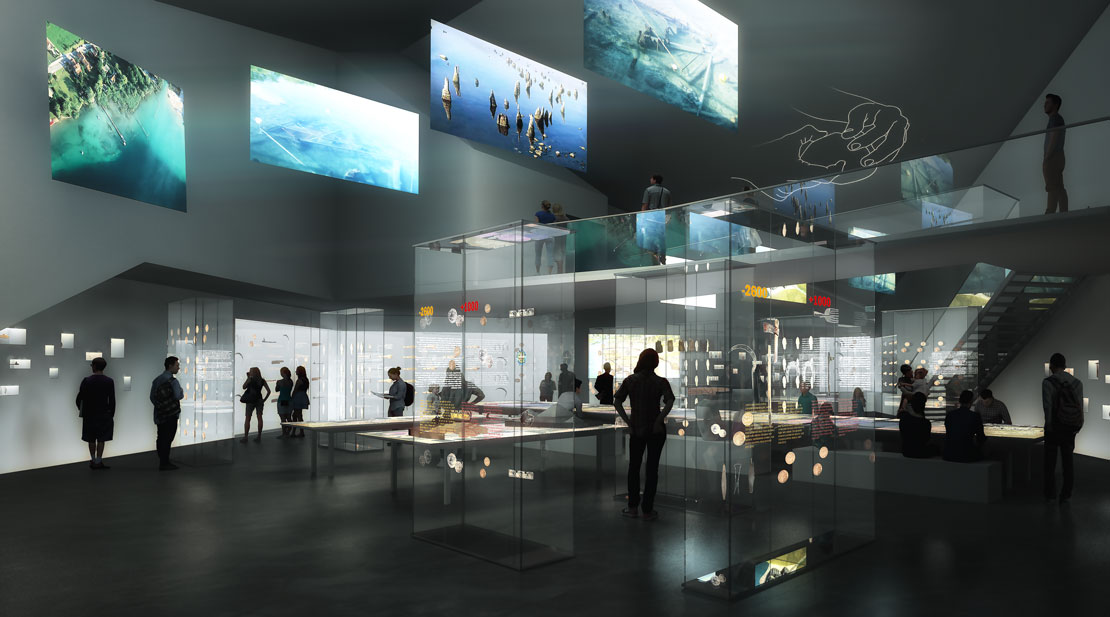 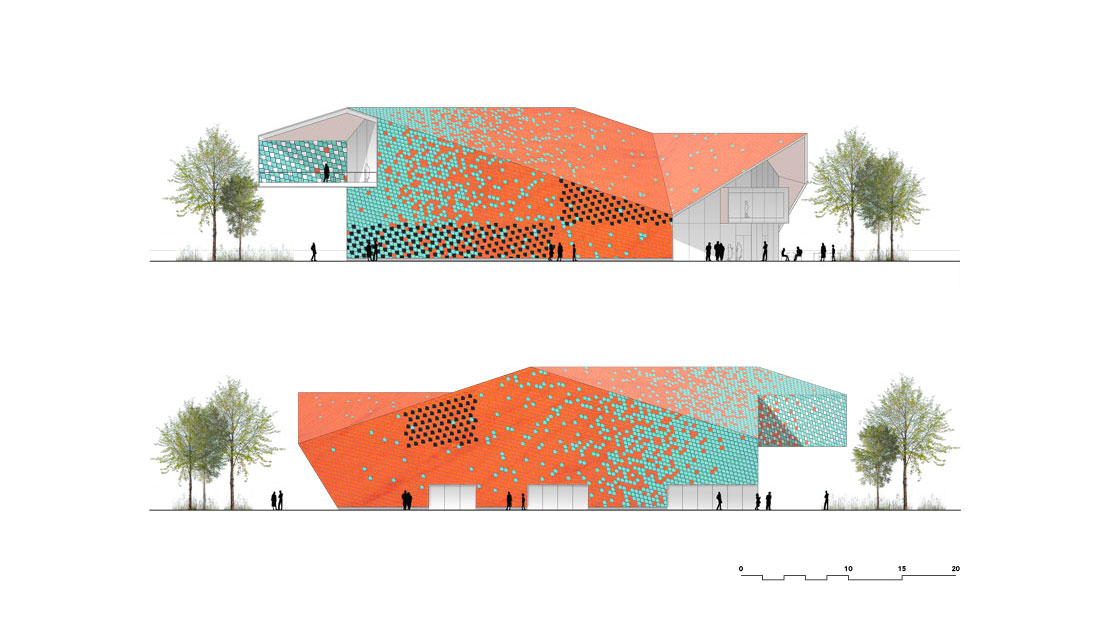