9-9bis, requalification of the mine site

The Oignies coalmine closed down in 1990, leaving an entire population out of work and in great economic disarray. The buildings, superb industrial monuments dating from the early 20th century, remained. What was to be done with them? Apart from the heritage element, what sort of development strategy would be best for the site? These were the questions raised in the definition study begun in 2004. This study was divided into two parts, a programme proposal and a project proposal. We propose converting the whole mine into a place dedicated to music and sound. The project has different levels: a general master plan which places a priority on the need for a mix of functions (cultural, economic, housing, etc.), conversion of the existing buildings, construction of new buildings and a park which will cover the old “timber park” and the slag heap.

Our project is based on the idea of giving the site a positive image through a cultural project, in order to jumpstart the local economy and encourage new businesses to move in and create jobs :

Operate a reversal of image... from the existing heritage and provide links to the larger region to create the conditions for the site to develop. The transformation process requires a refurbishment of the existing buildings, which are retained with all the original machines. The foundations of the project lie in its legacy, symbolic and physical dimensions and the unique character of the site. ... and of use: music! The mine as a workplace was both extremely tough and very lively. Noise, permanent, obsessive and often intolerable, was an inseparable feature of the history of the place. Today, the purpose of dedicating the site to music and sound is to transform what used to be a nuisance into a creative and attractive forward-looking theme.

The project’s ambitions are local, but also national and even international. For this reason, in addition to the revitalised historical legacy, the project needed a contemporary act which would crystallise the site’s new acoustic and musical orientation. To achieve this, we have created a strange and mysterious object of desire, which exists nowhere else: the Metaphone. Jumpstarting the economy: a small service district is created near the old buildings, and housing is to be built in the former timber park. Within the dynamic of the project, other economic zones are developing.

The first office building, the BT01, is under construction. Its architecture results from slotting a small existing building into a new part which overhangs above the tile roof. The old building is reflected in the facade and underside of the overhang, which are lined with polished stainless steel, creating an ambiguity about the boundary between old and new.

The project’s game rules are clear: all the new buildings are resolutely modern and innovative, while the existing fabric is retained, the facades left as they are, and all the modern internal alterations are reversible, leaving the possibility that the buildings could one day be restored to their initial state. The new functions are installed like a “new layer”, today’s layer, with the roughness and beauty of the spaces being retained. The approach is to “furnish” – the new enclosed spaces needed are treated as large pieces of furniture – and to avoid any ambiguity between the pre-existing and the added. The pithead structures, classified as listed buildings, are monumental and powerful. The machine building will house the reception hall, exhibition rooms and sound gallery, the ballroom and a concert cafe. The rehearsal rooms and recording studios will be installed in the old changing rooms and the “hanging room”. The restaurant will be developed around the machines in the compressor hall, the ballroom around the lift cable drum... 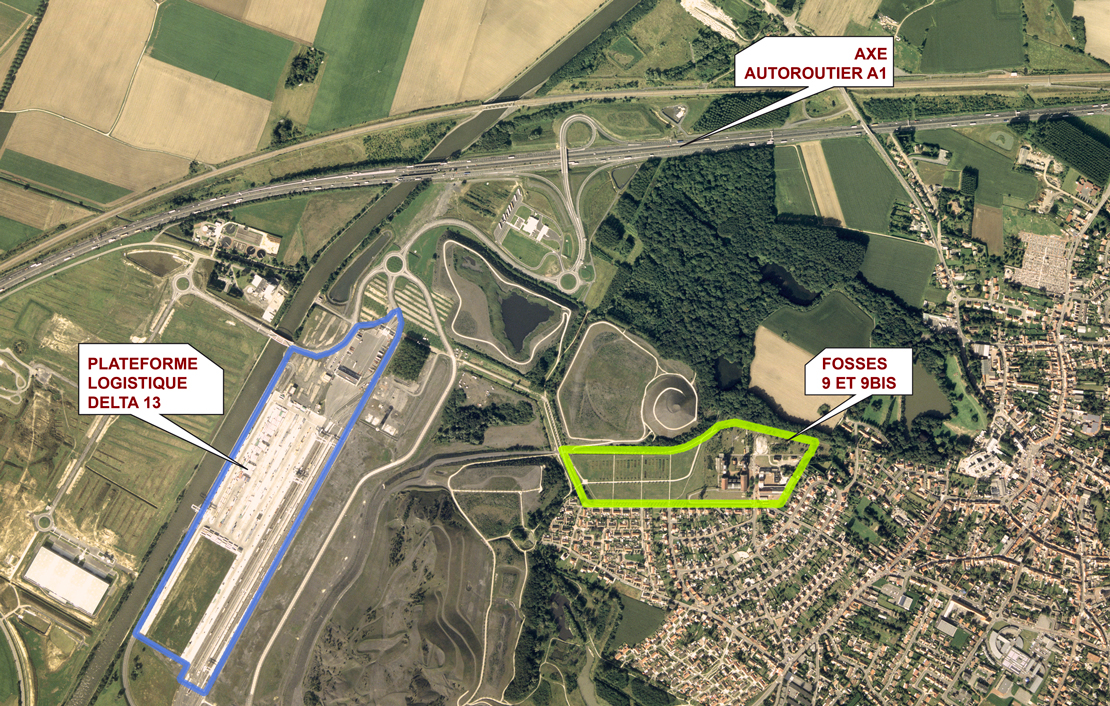 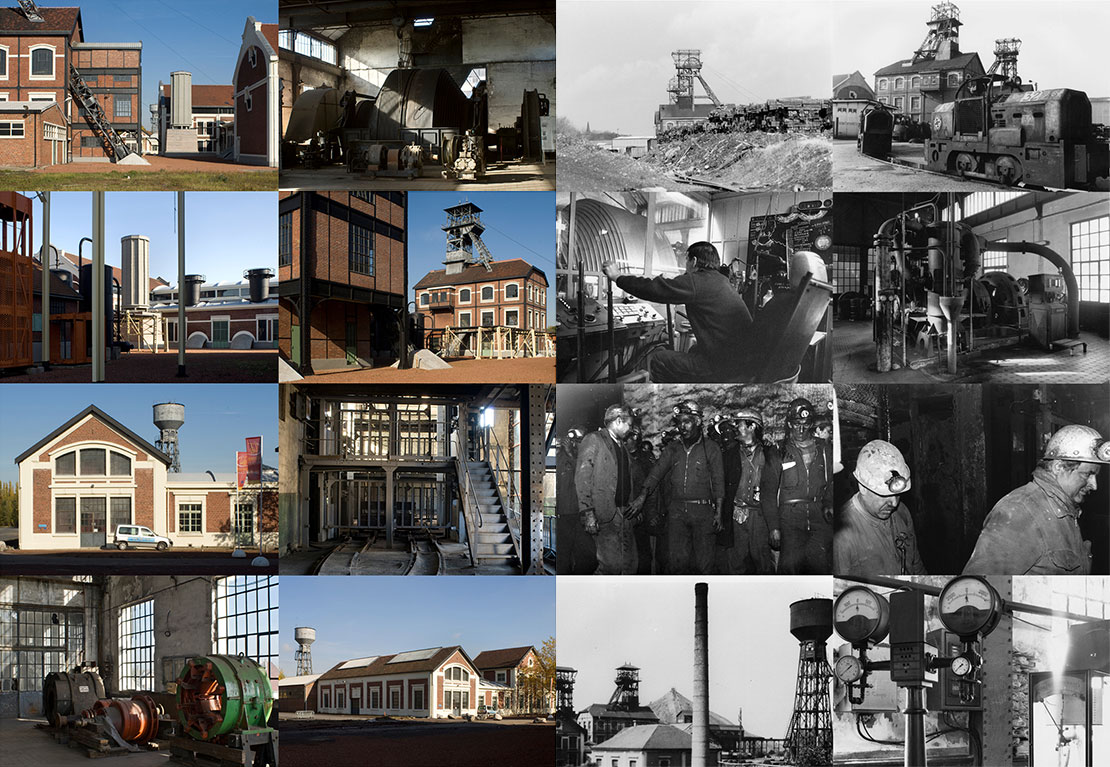 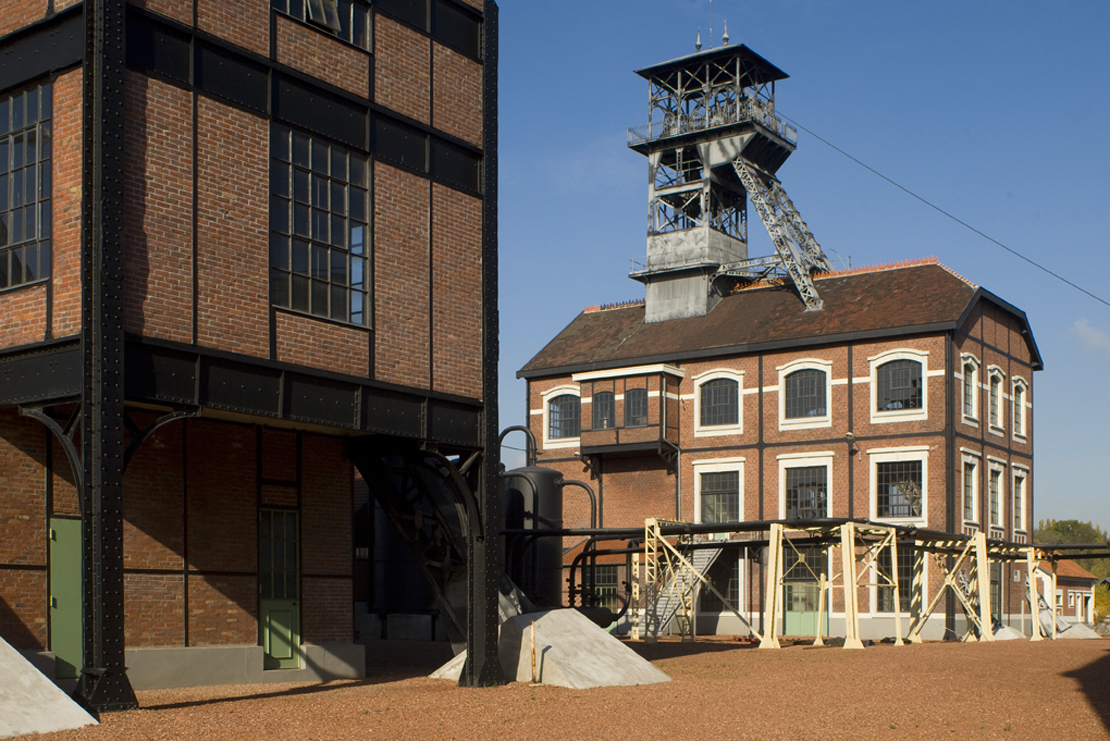 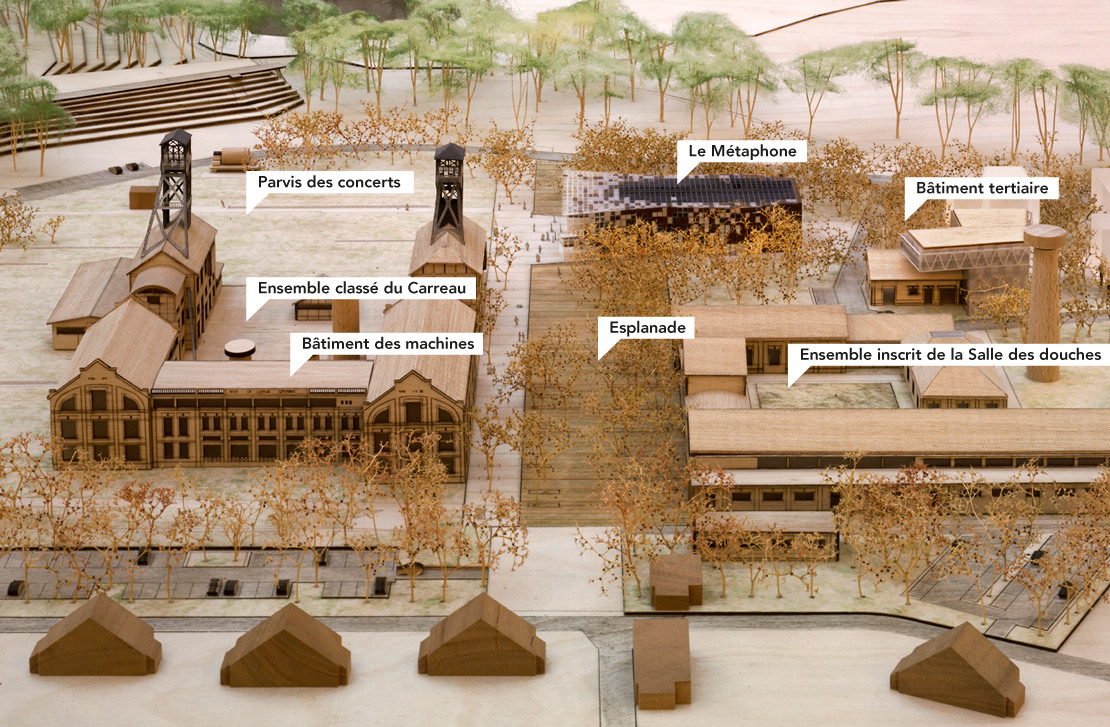 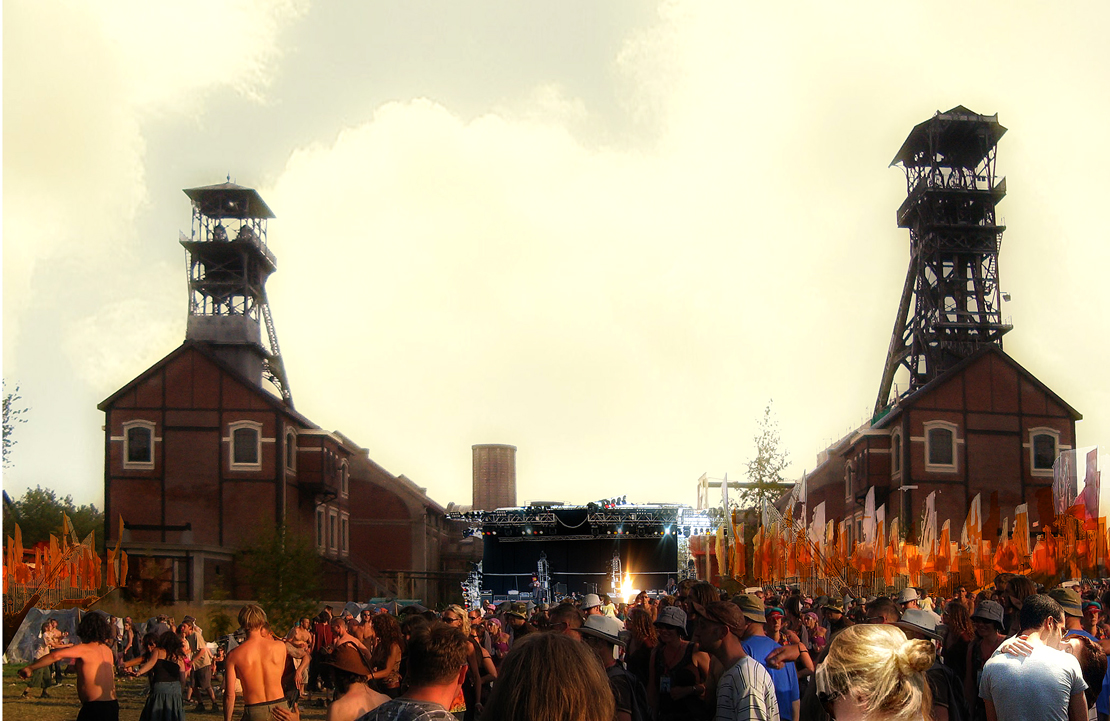 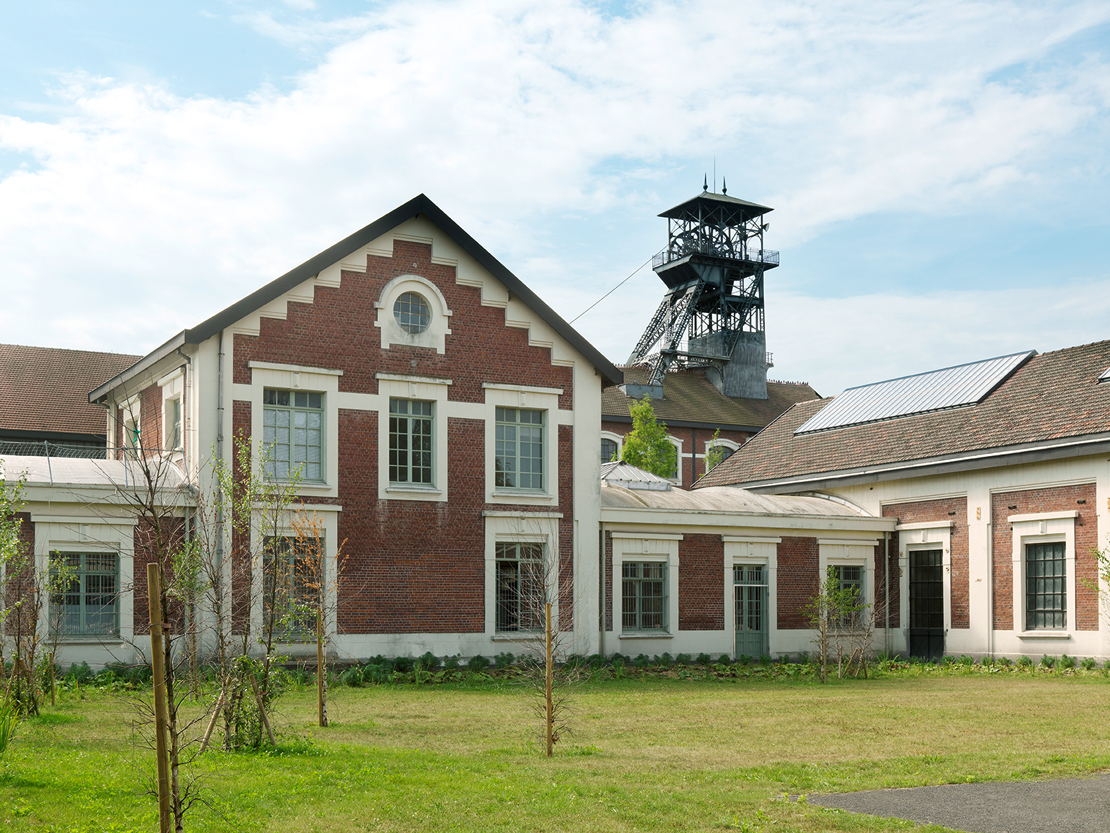 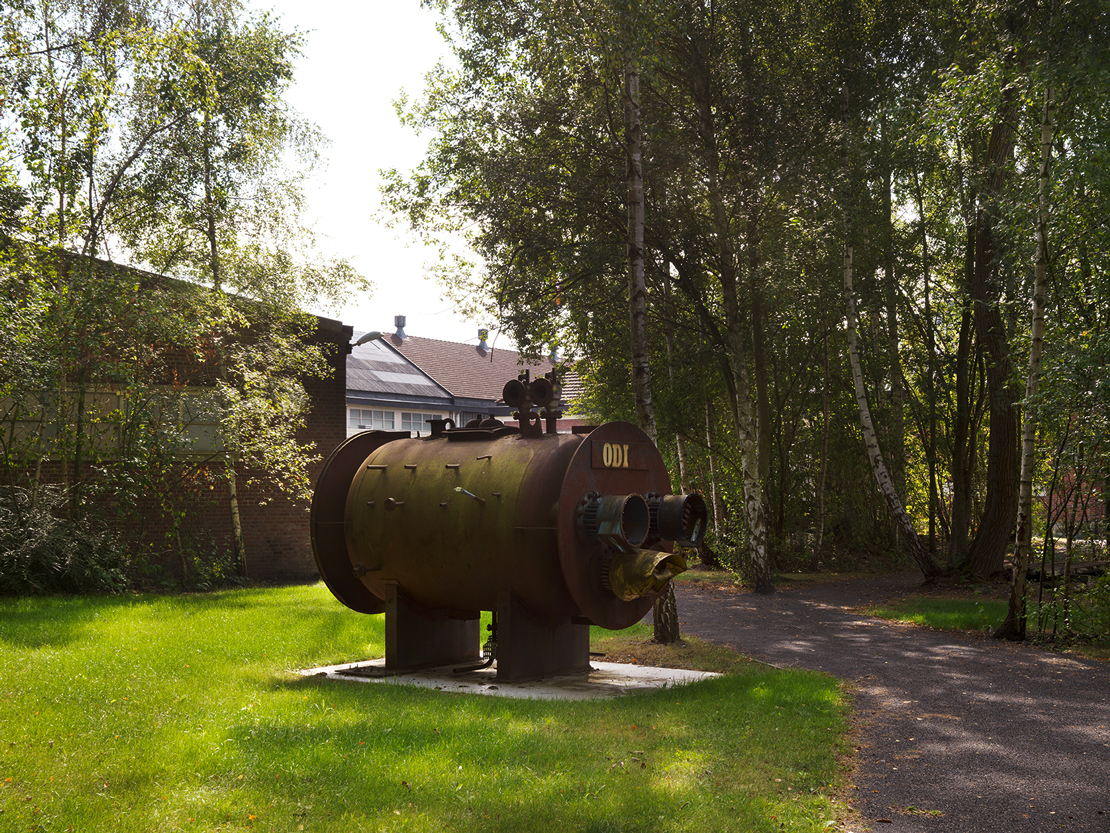 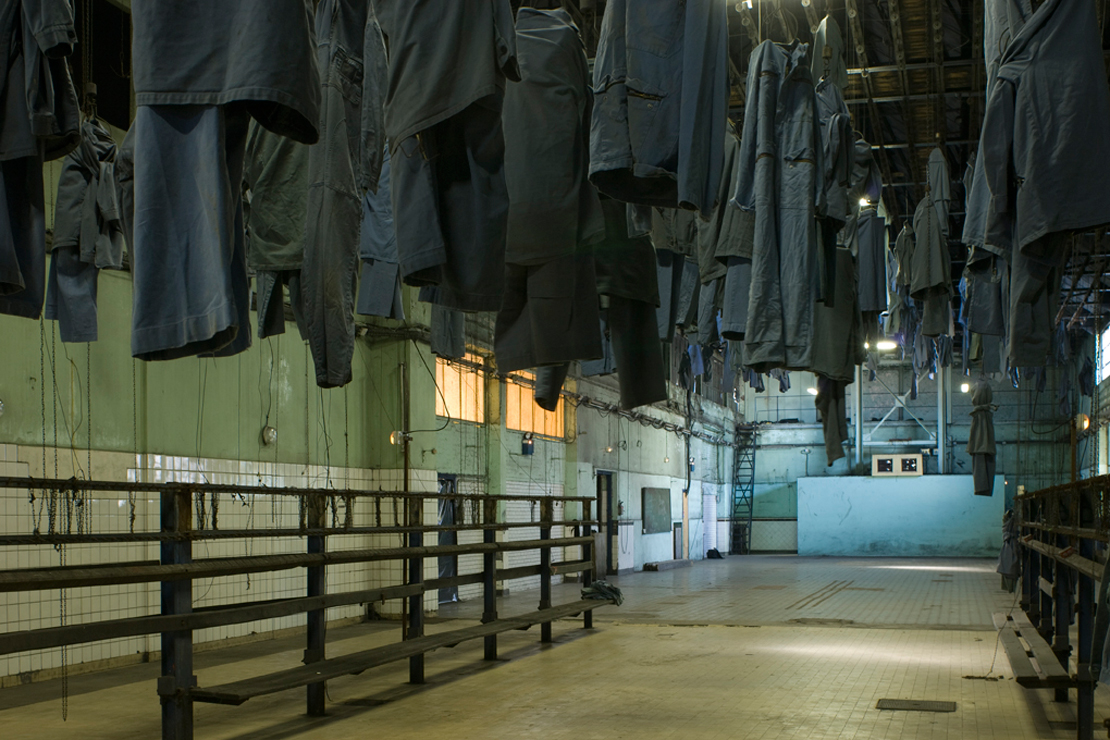 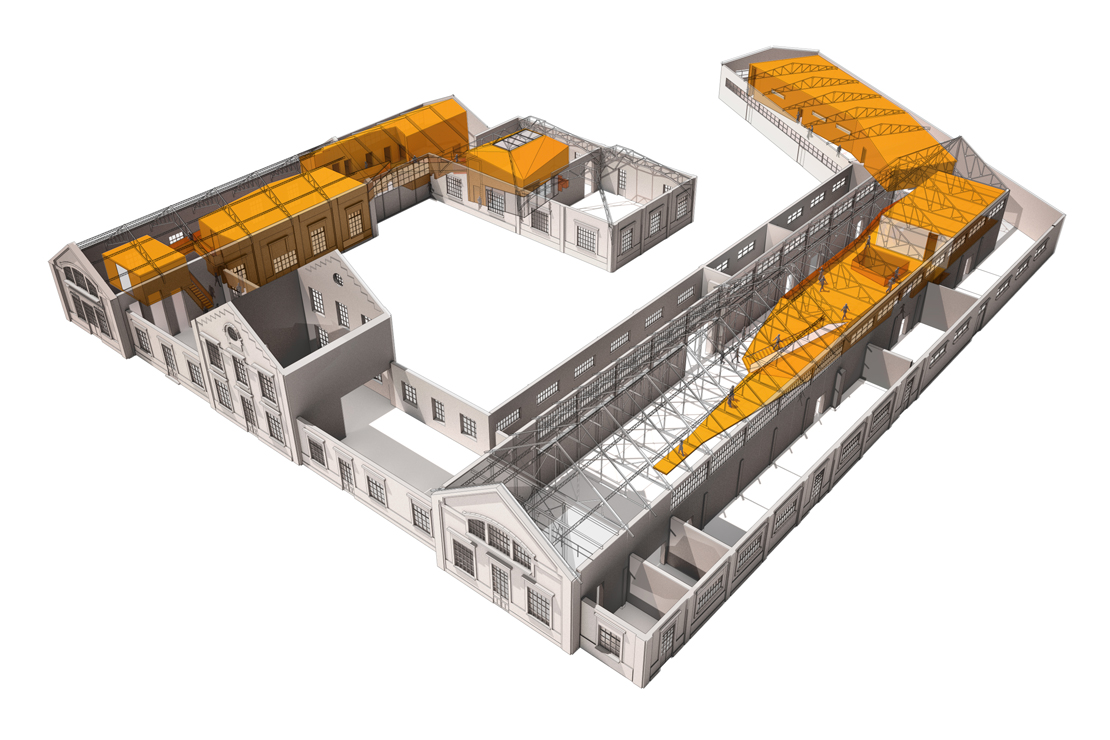 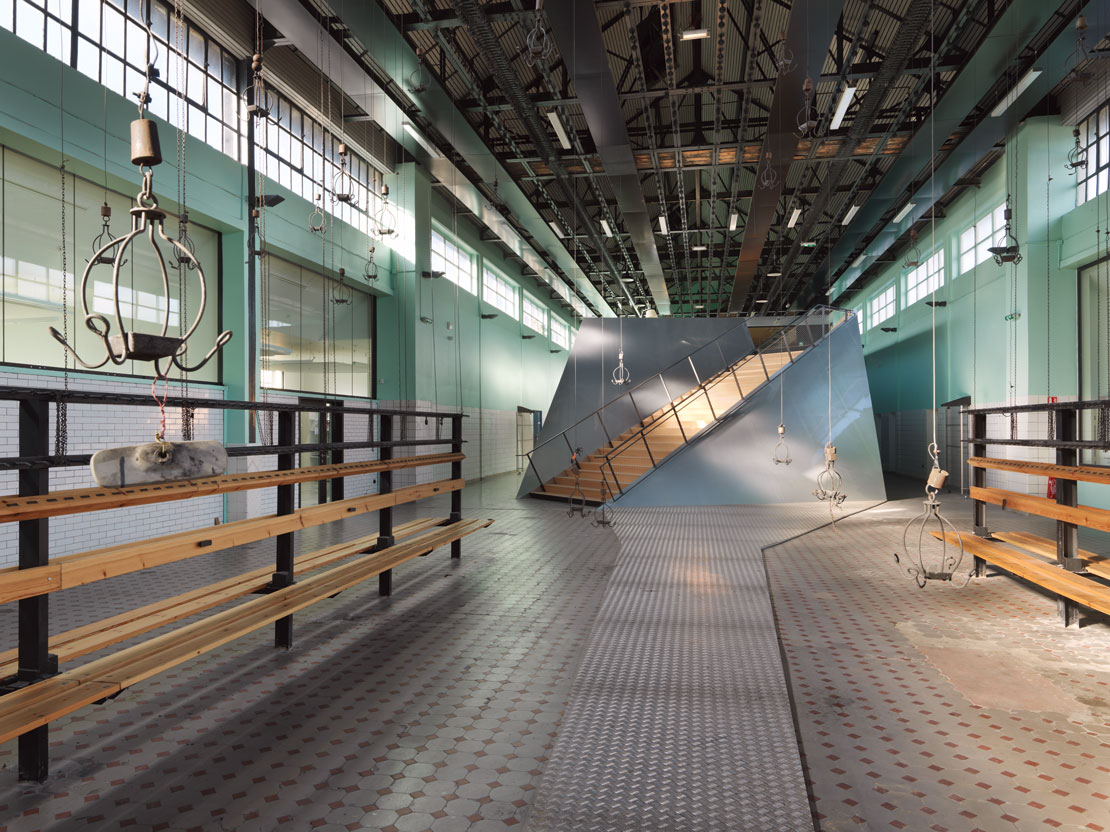 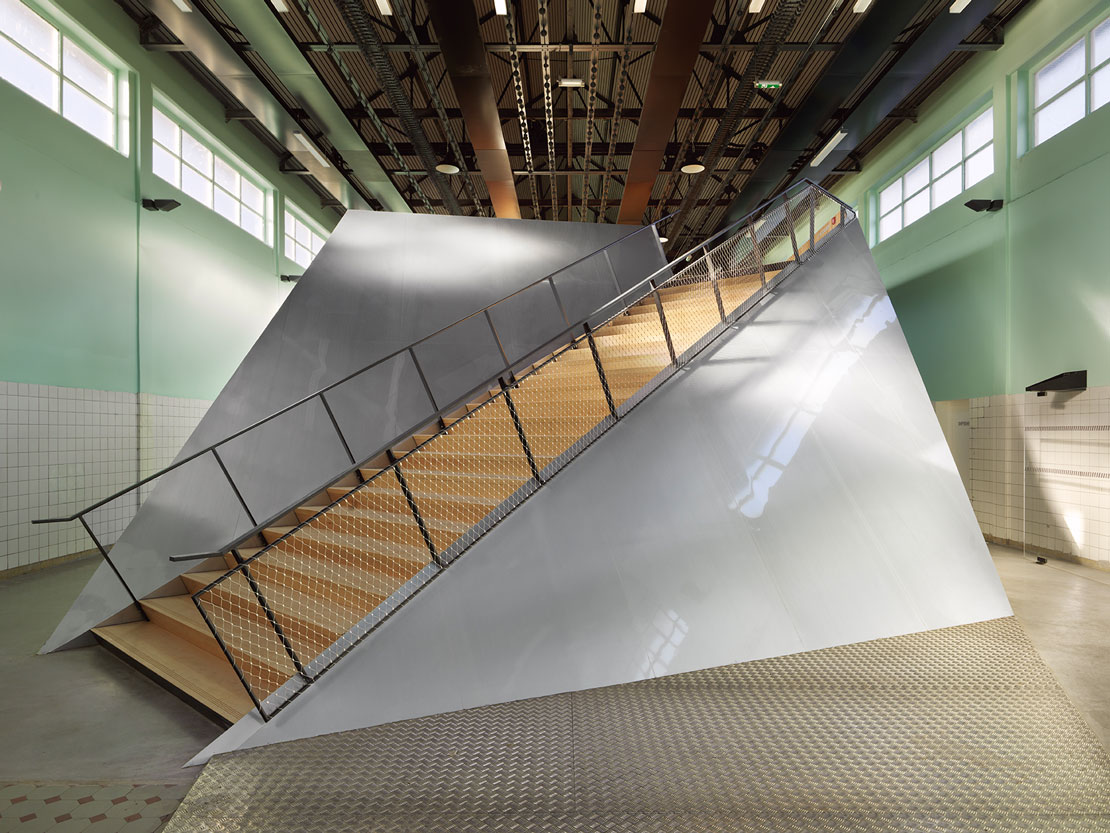 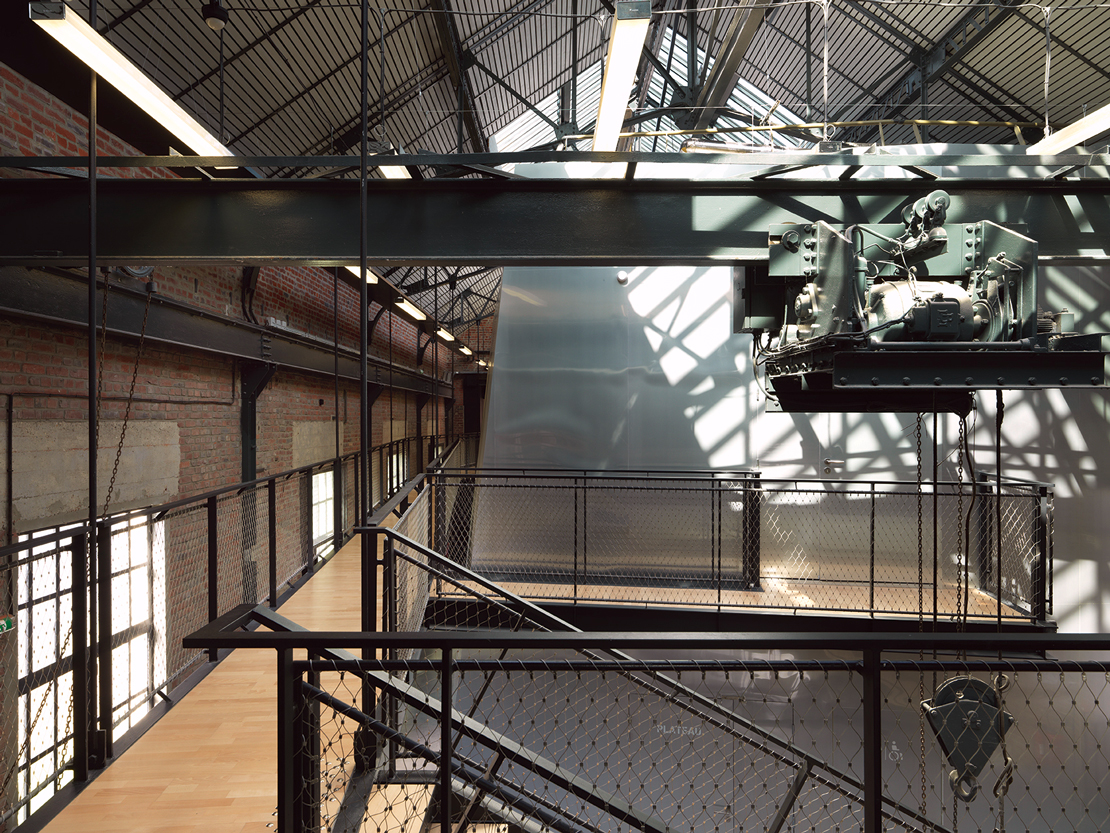 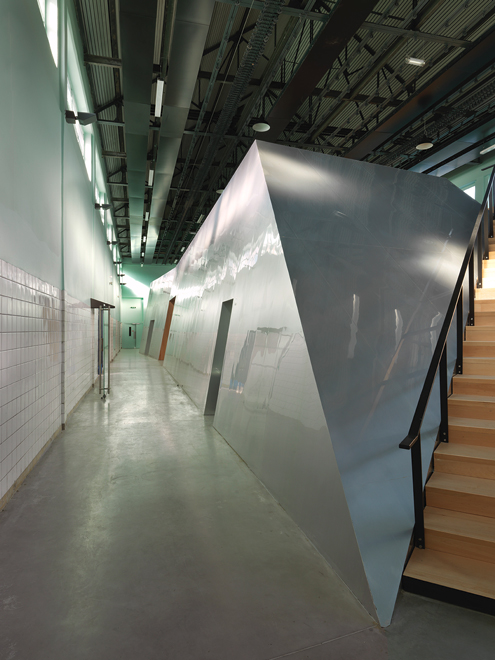 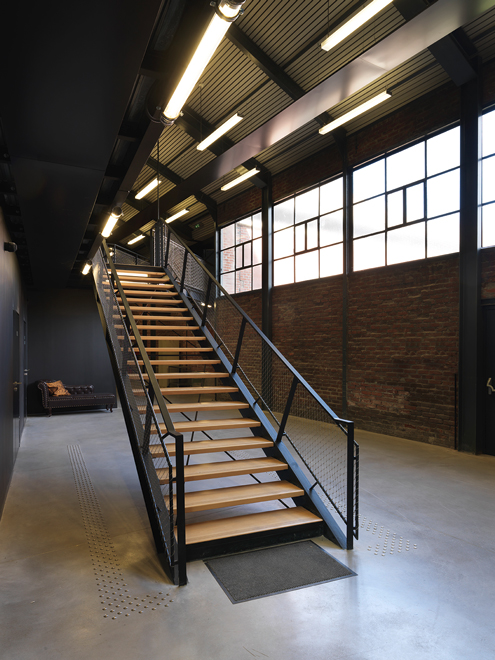 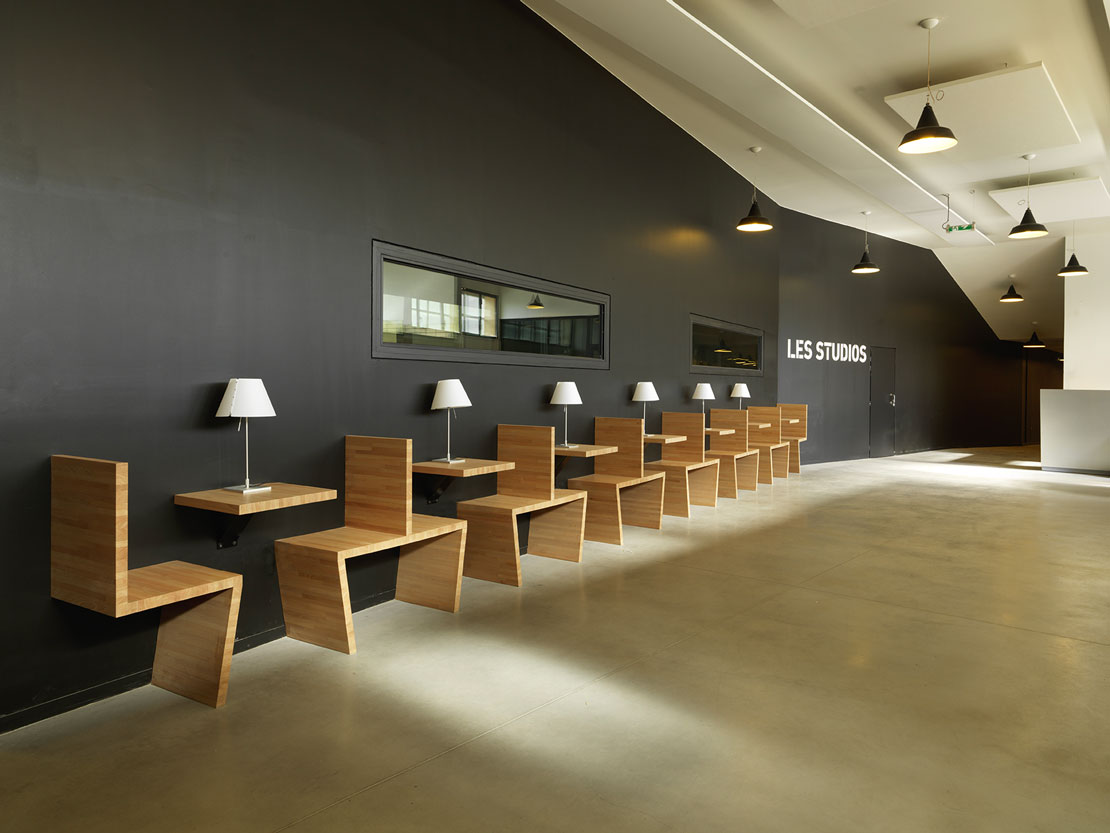 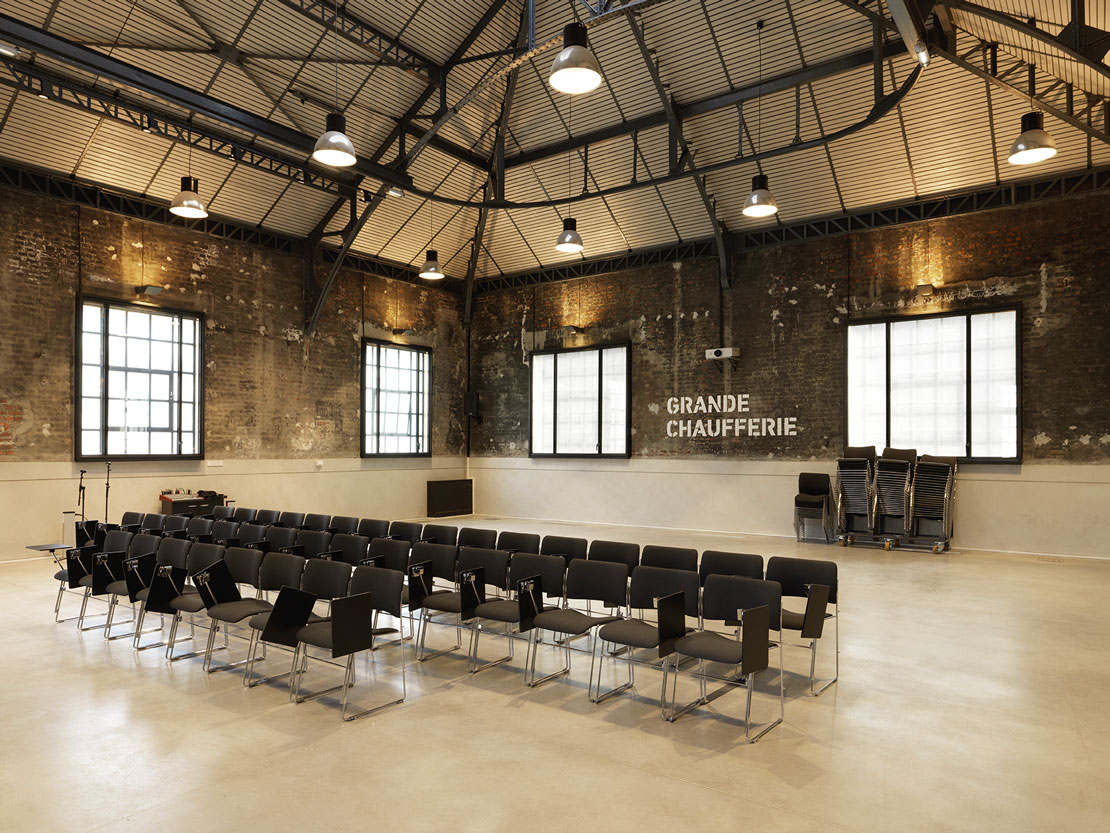 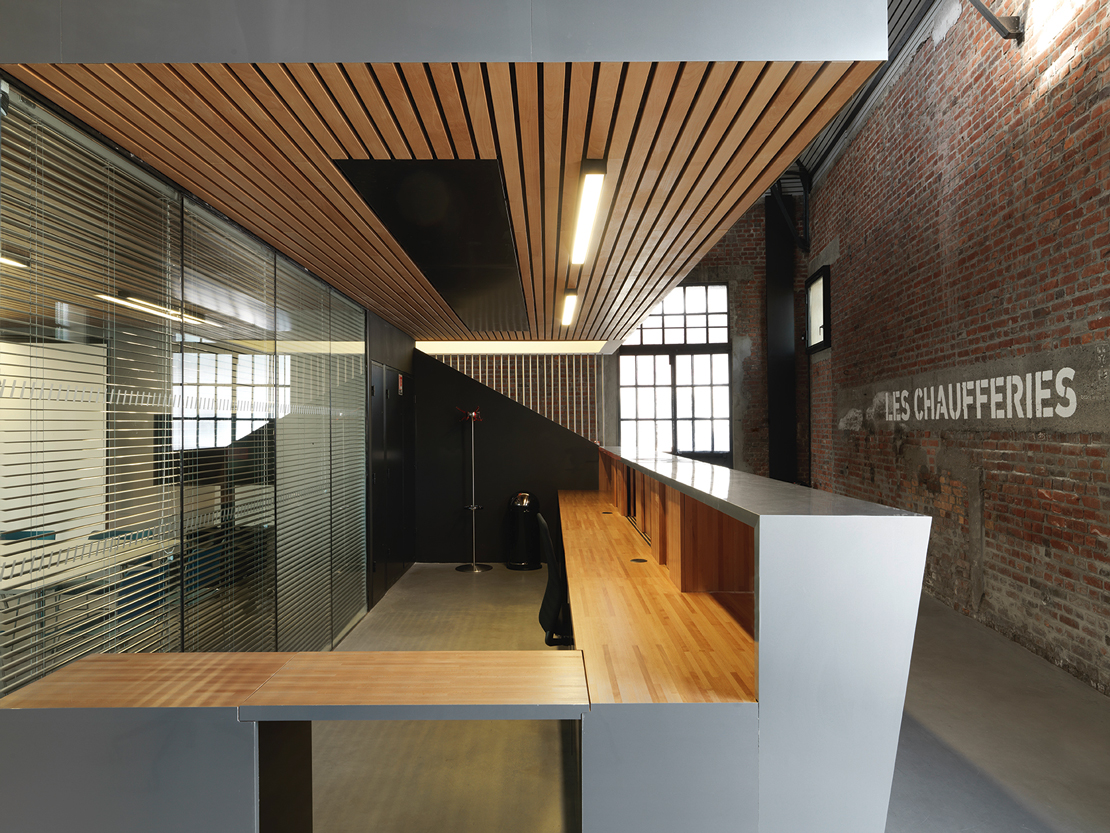 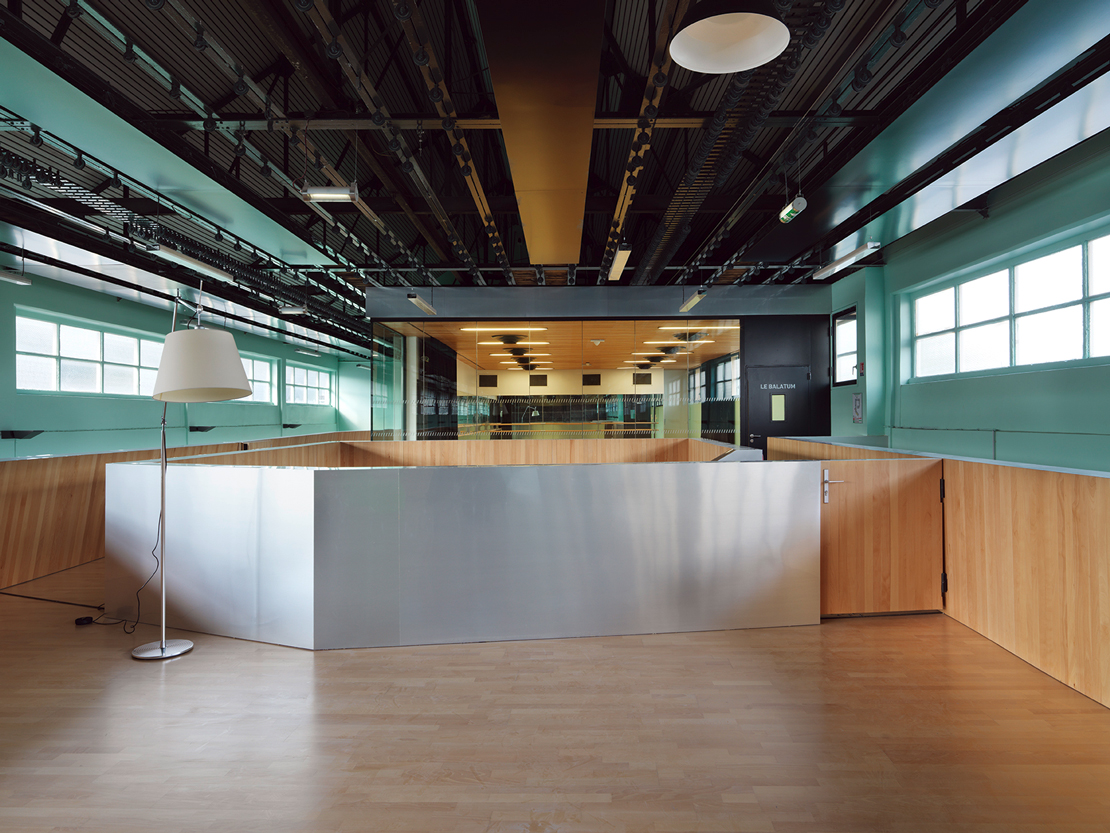 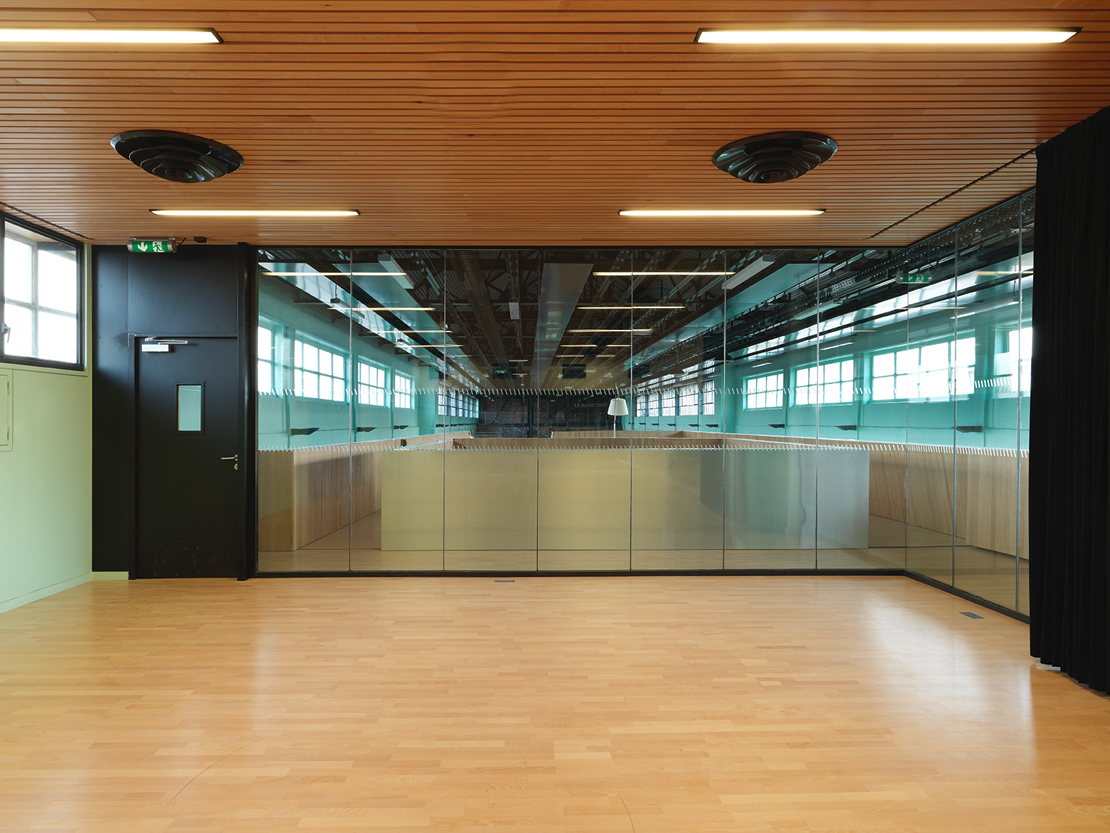 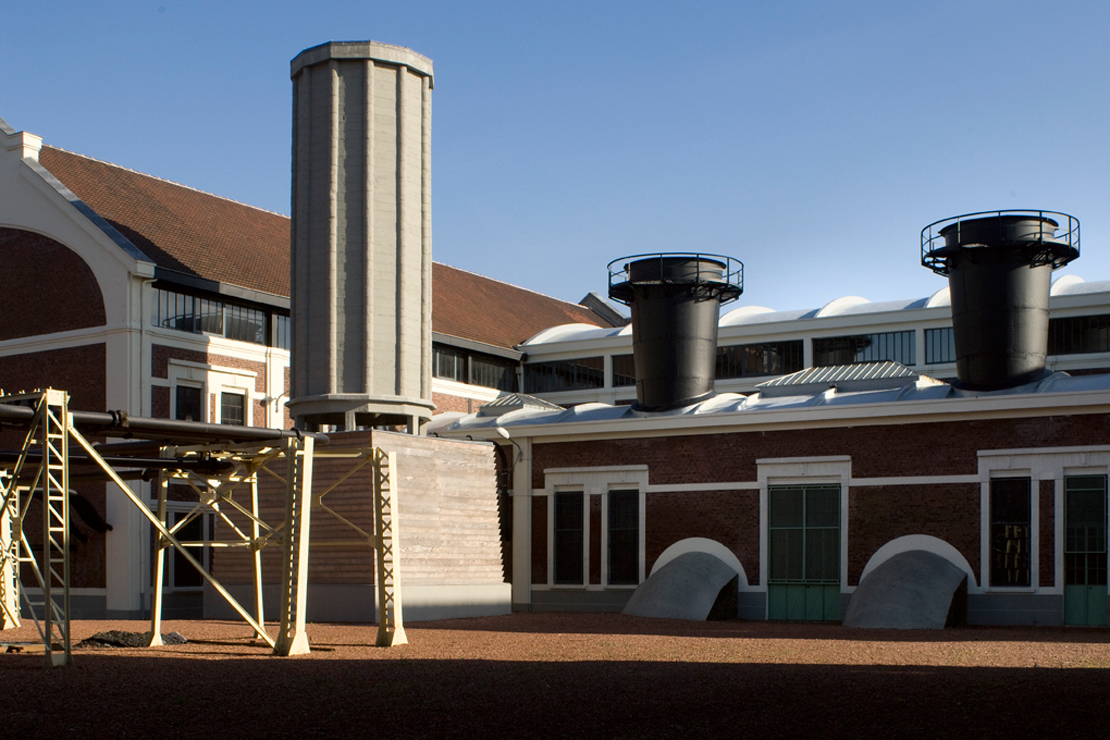 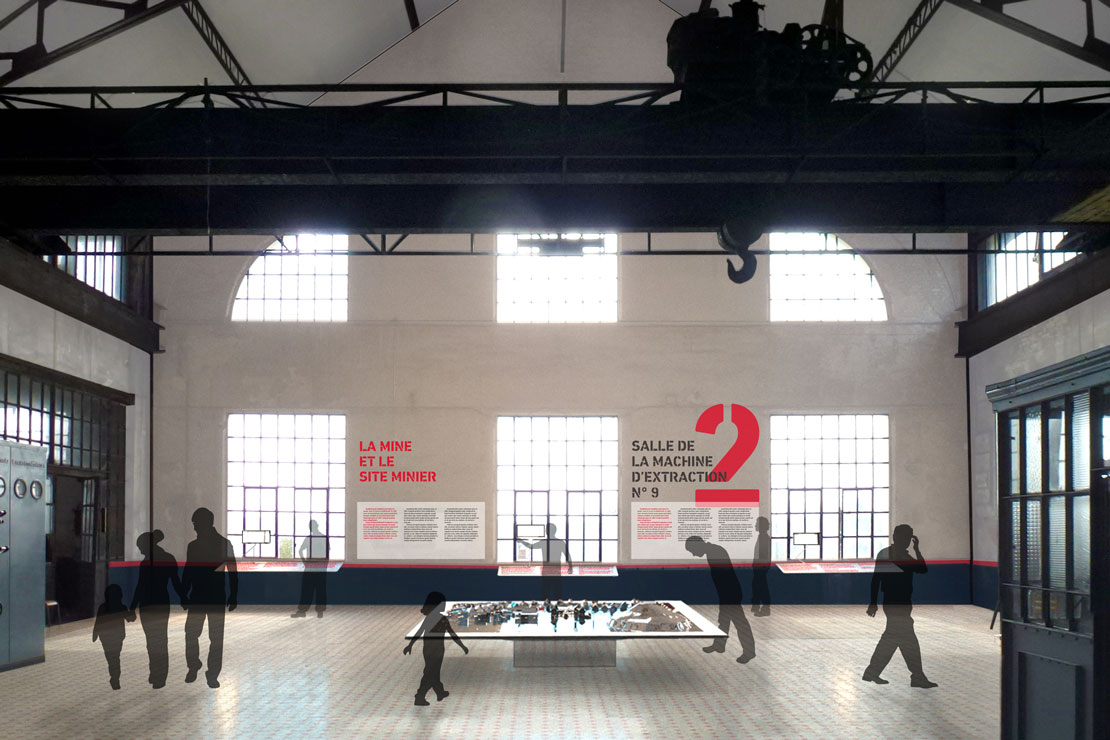 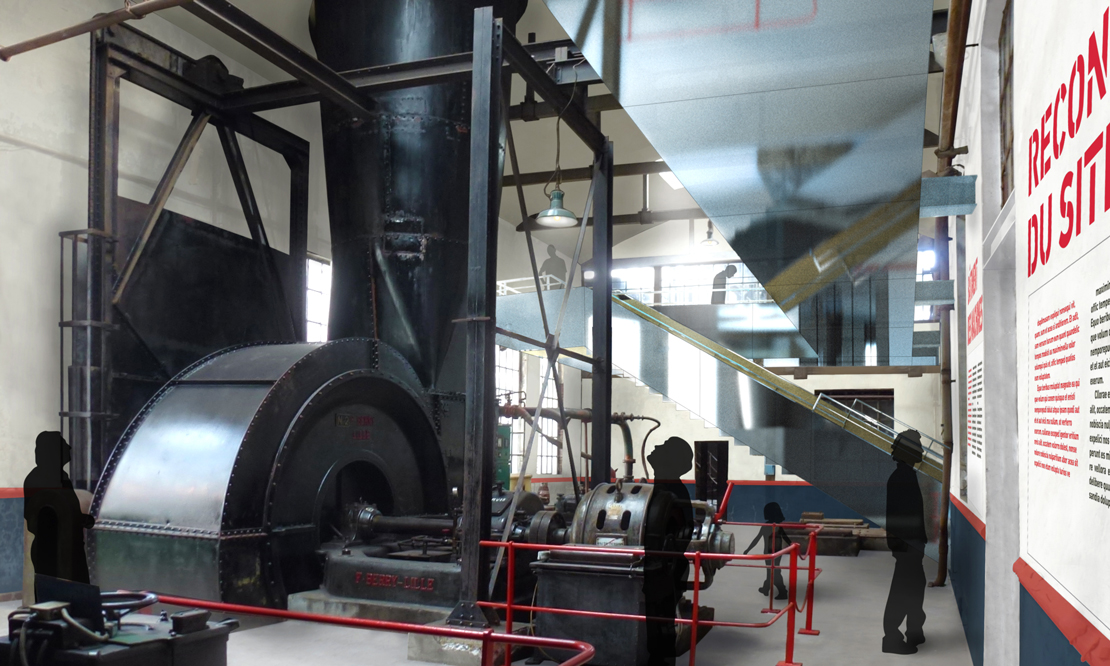 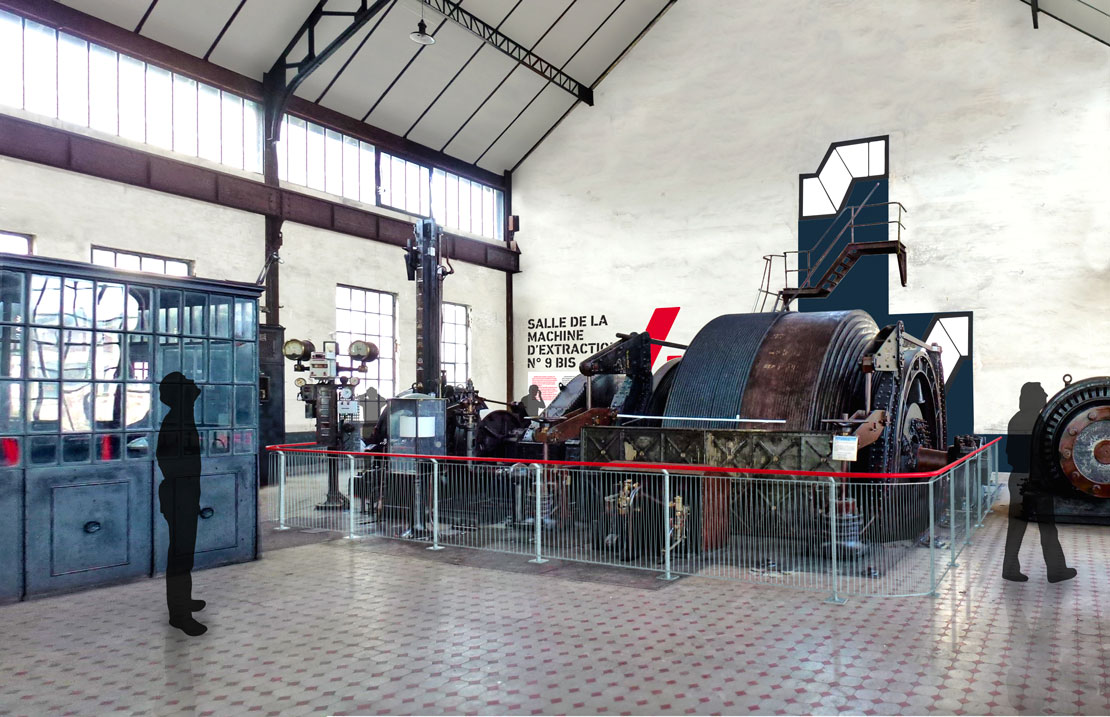 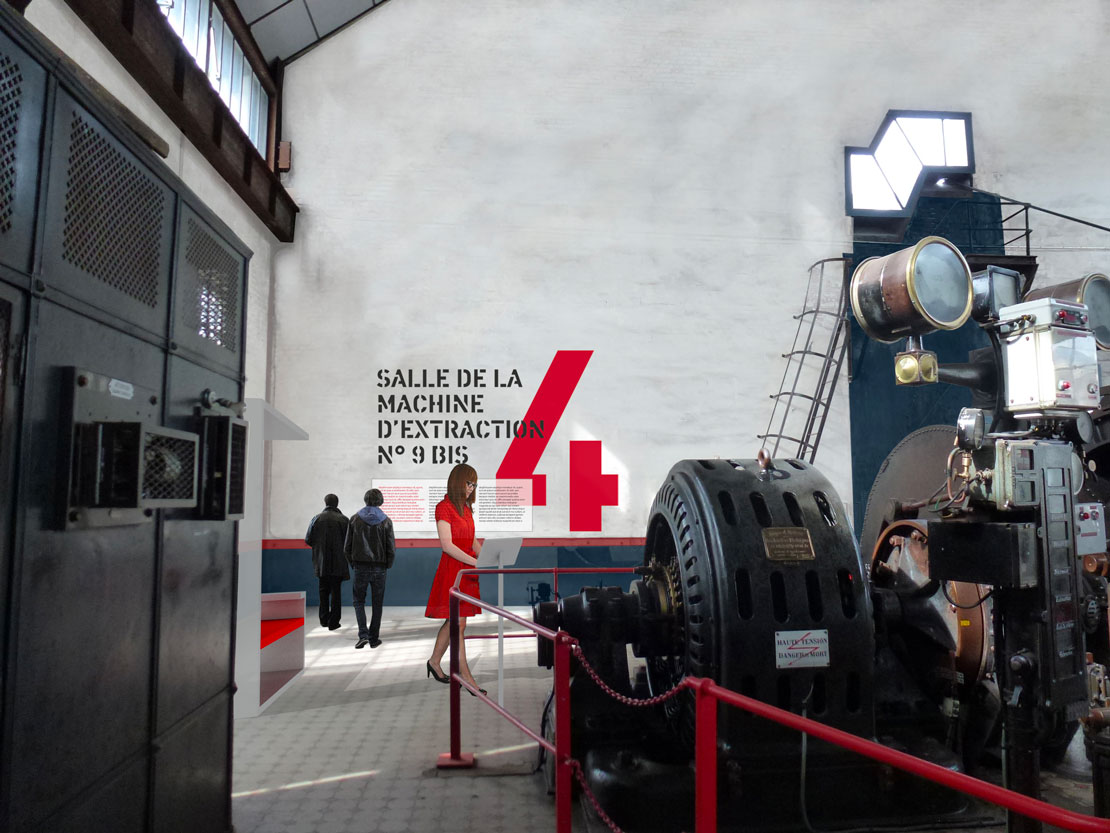