Laboratories and offices for the CNRS

The CNRS [national centre for scientific research] in Grenoble is emblematic of the local policies of the 1960s, which gave the city an international reputation as a scientific centre. The huge CNRS site looks like a military base, all grey colours and functionalist architecture. An unpromising context for a small project, designed to provide a contrast and introduce a dash of “sparkle" and humour into the ambient monotony.

In addition to the architectural context, the human situation was unusual: the scientists running the laboratory saw architects as vague, arty types, just about capable of choosing materials and colours.

An analysis of the way they work brought out a succession of paradoxes: the complex relations between individual and group work, between pure and applied research, between the need to allow no view into the building from outside for reasons of "defence security" and the need for natural lighting... between feeling and logic.

The existing prefabricated concrete buildings are laid out in a comb arrangement, with three-storey bars linked by a single-storey backbone more than 200 m long. The new project, which contains experiment rooms, laboratories and offices for the researchers, is next to the entrance, completing the system at one end. Its dimensions match those of the bars, but its section and materials are in contrast with the uniformity of the surrounding concrete construction.

The structure is a stainless-steel shell open to the sky on the north side to capture the natural light and illuminate the experiment room and laboratories, while preventing people seeing in. The offices are grouped into a black-capped linear bar structure, set into the stainless steel volume.

Inside, the passage linking the offices opens onto the experiment rooms, which are separated by the elliptical, transparent structure of the meeting hall. The choice of materials works on the contrast between the raw and the sophisticated, the industrial and the comfortable: steel frame and stanchions, aluminium-lined walls and ceiling, surfaced concrete floors, which contrast with the parquet and the beech partitions of the offices. 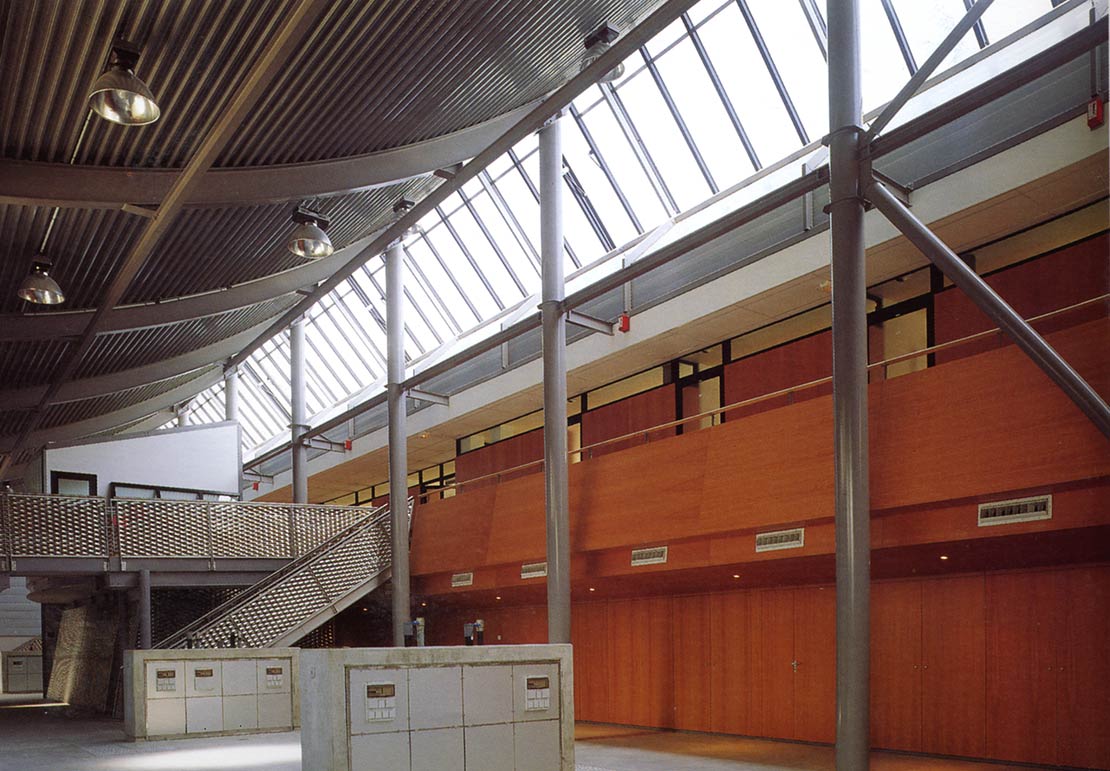 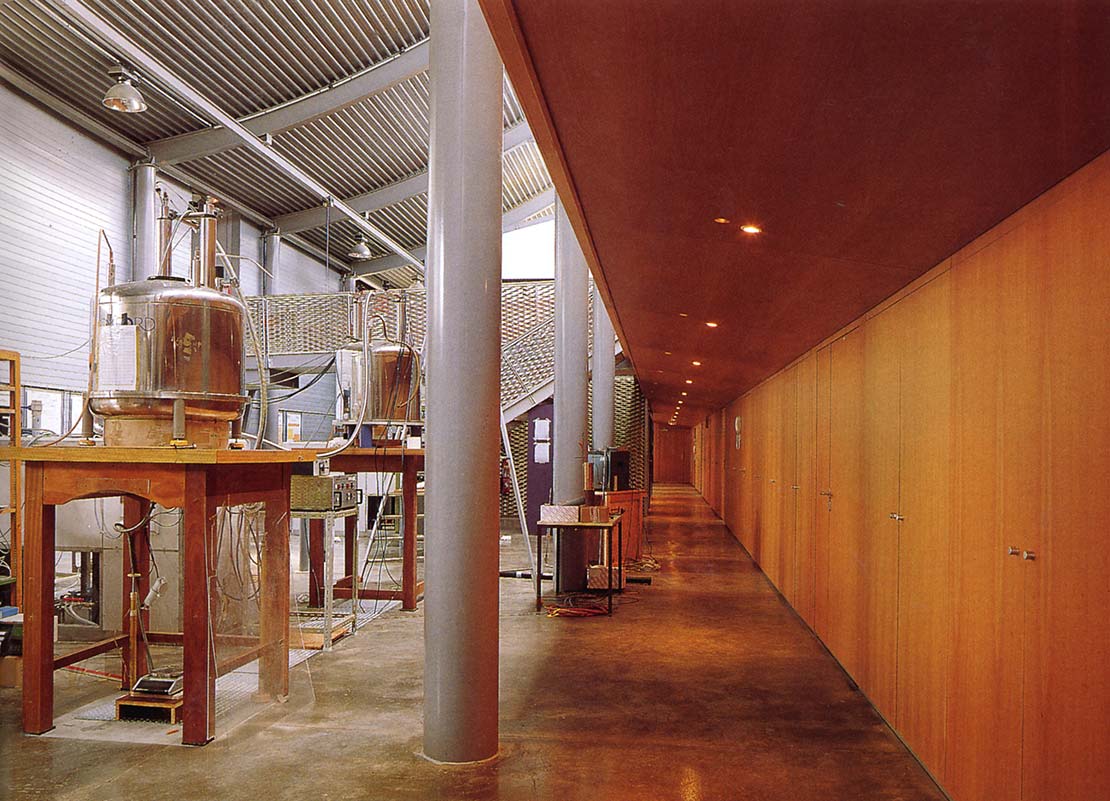 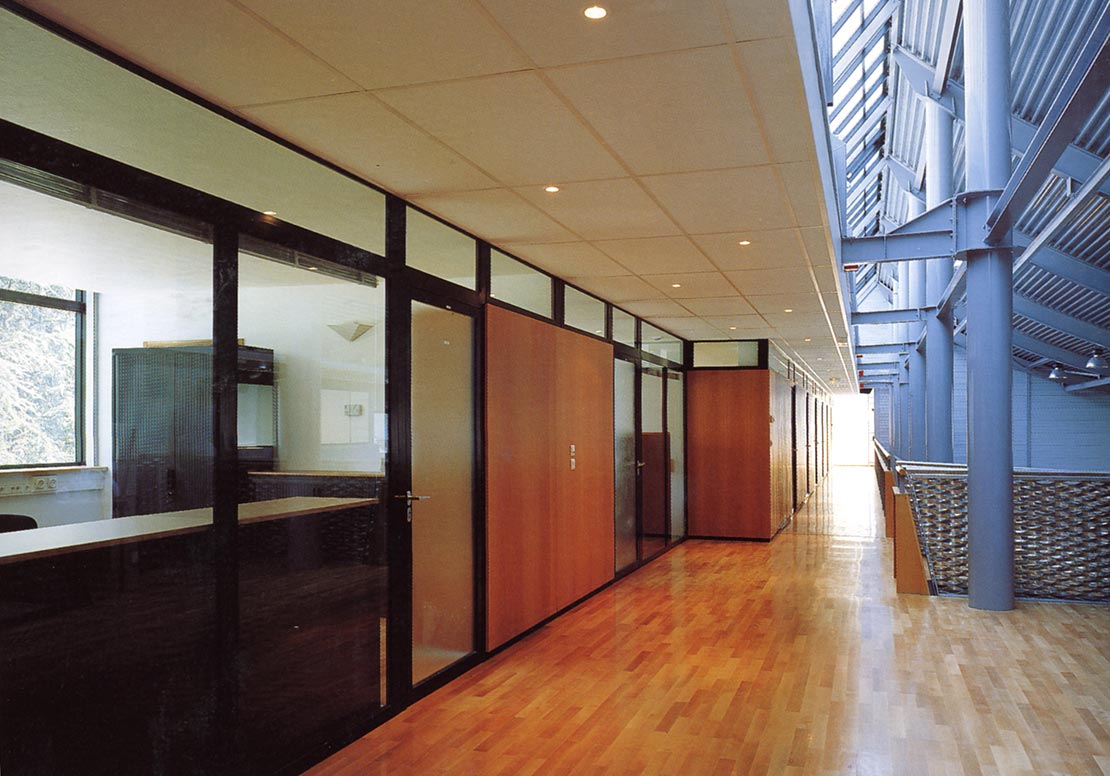 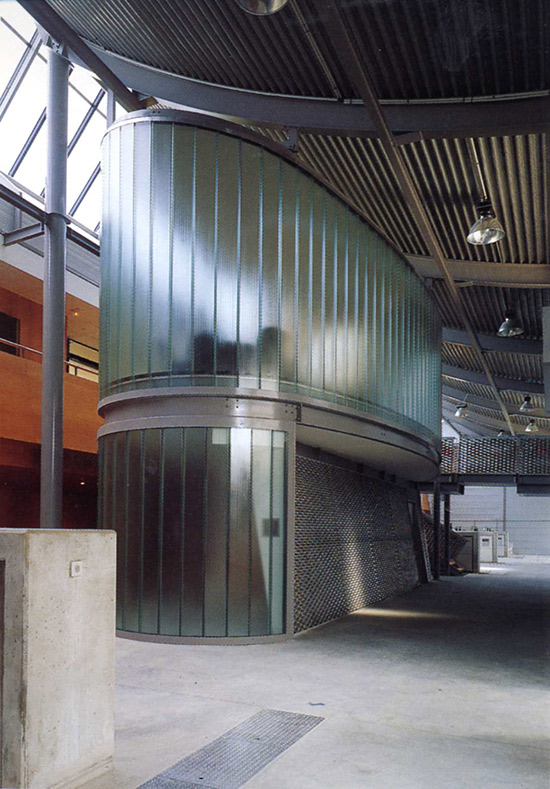