The plot is located at the interface between two very different urban logics: on one side, a modern district made up of wide public spaces and large-sized buildings, on the other, the historical town-centre consisting of smaller slate-roof buildings. One of the project’s challenges is to articulate the traditional city and the modern city scales, using both the organisation of its volumes and the layout of its functions.

The project organises the coexistence of the four programmes inside a single, simple and compact envelope. The building consists in a base, located in the alignment of the streets, which houses the programmes open to the public, and a high-rising volume housing the residence for academics, spiked with balconies.

The imbrications of the four programmes located at the base and which function in a totally independent way is included in a façade system, vertical rhythm alternating aluminium and glass, which unifies the whole structure inside a bright transparent envelope. The project is open on all sides and the activities inside are visible, a way to bring movement and life and liven up the public space.

To the east and to the west, the protruding polished-aluminium vertical needles system offers efficient protection from the sun. The image changes according to the view angle: almost invisible when facing them, the needles create large abstract paintings when seen sideways.

On the boulevard, the vertical building houses the residence for foreign academics. Its design creates a contrast with the lower part and it is partially separated from it by way of a void at the 4th level. Each room has its own large bay window with a French window opening onto the balcony.

On the boulevard de la Liberté, the north façade is created by the winter gardens which offer both thermal and noise insulation. The very light and simple-glazing façade alternates fixed and opening panels. Vines will be planted in the back and the whole will thus form a large green image open towards the city. 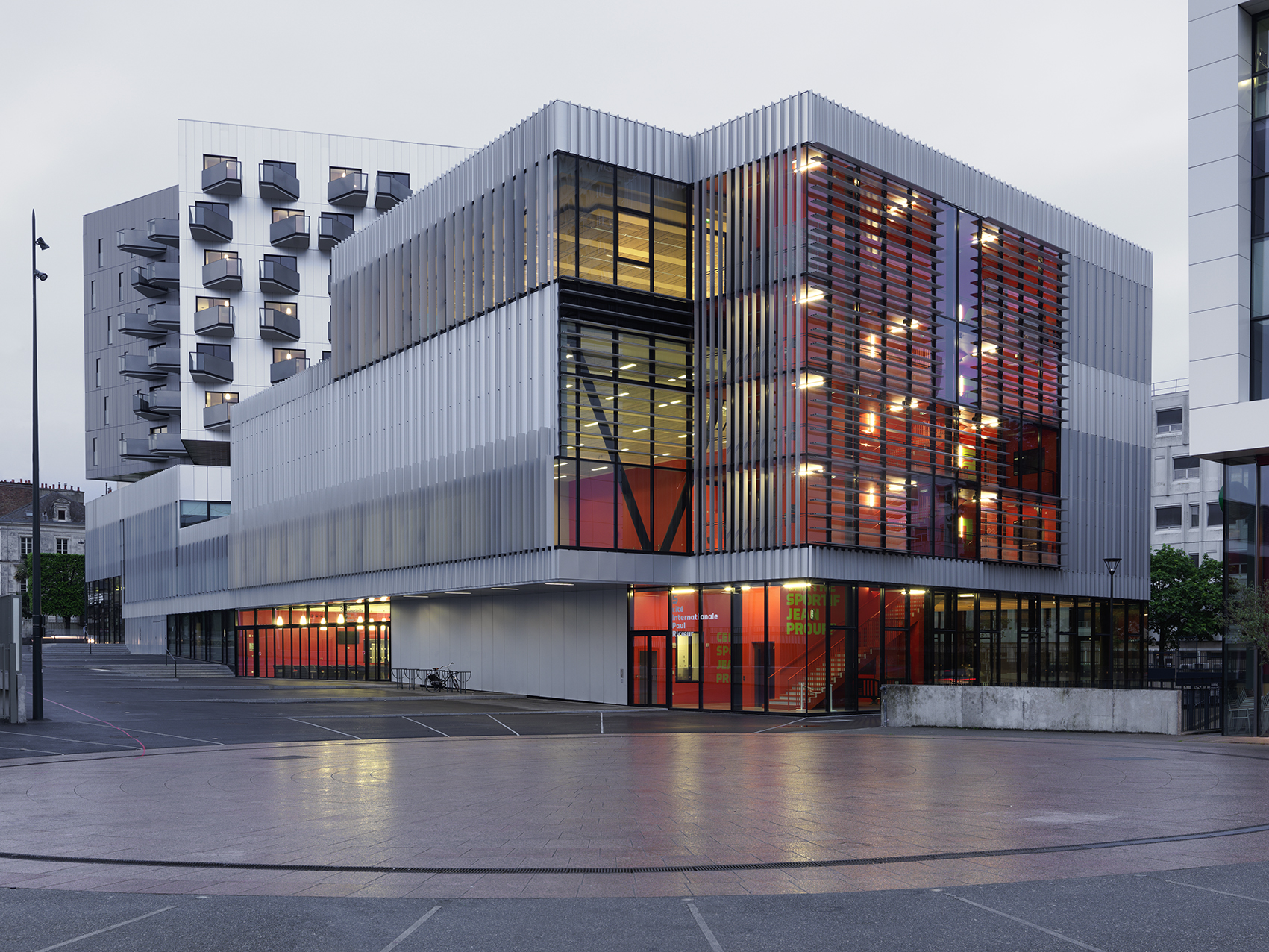 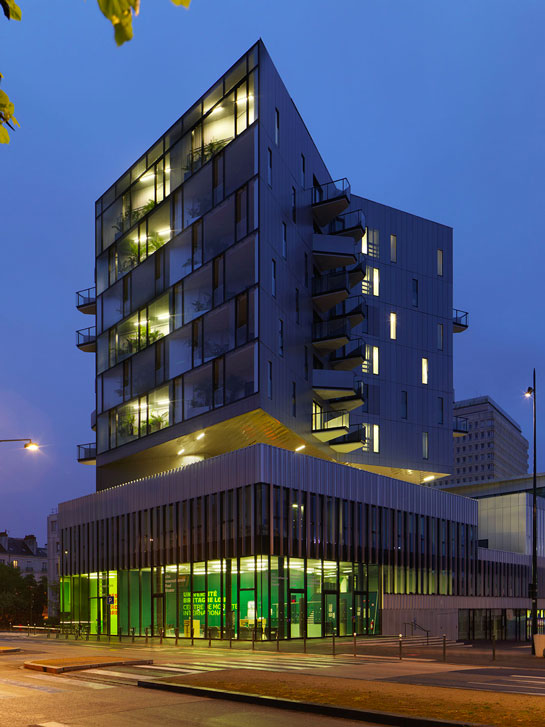 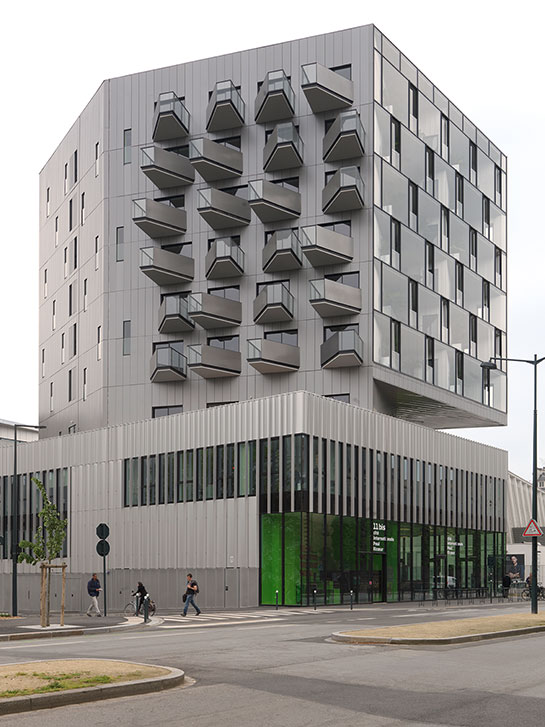 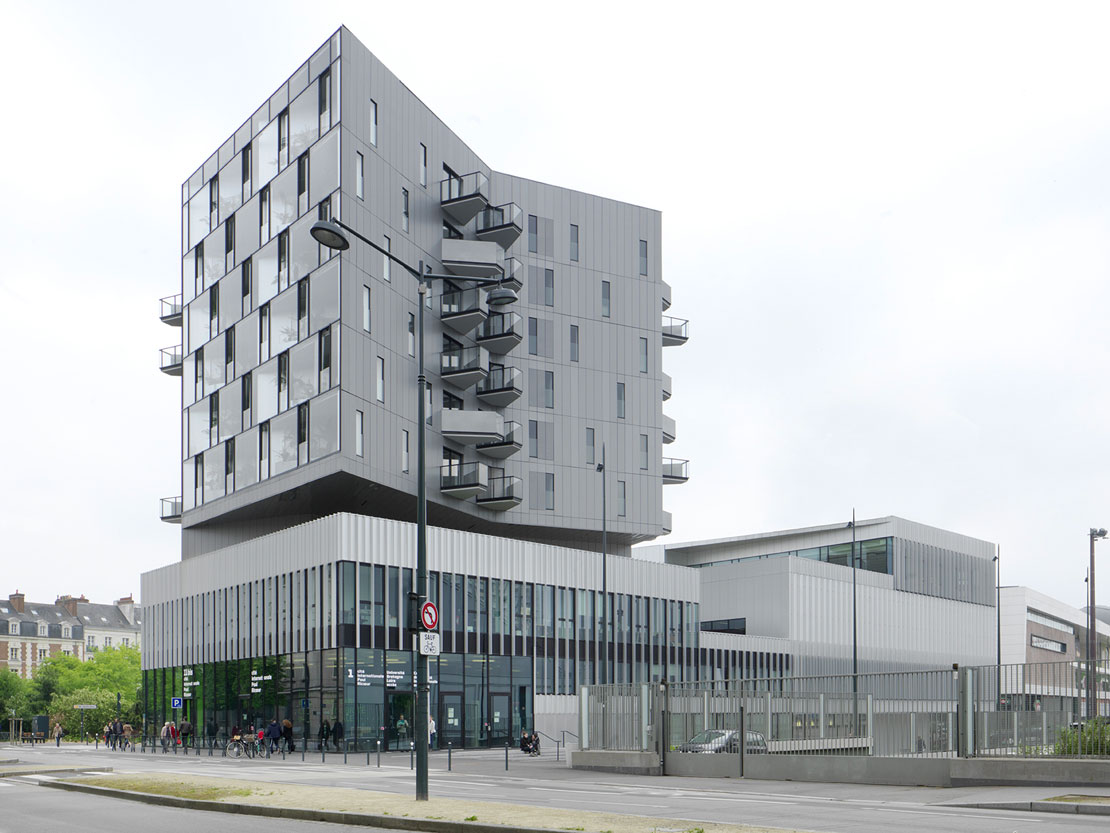 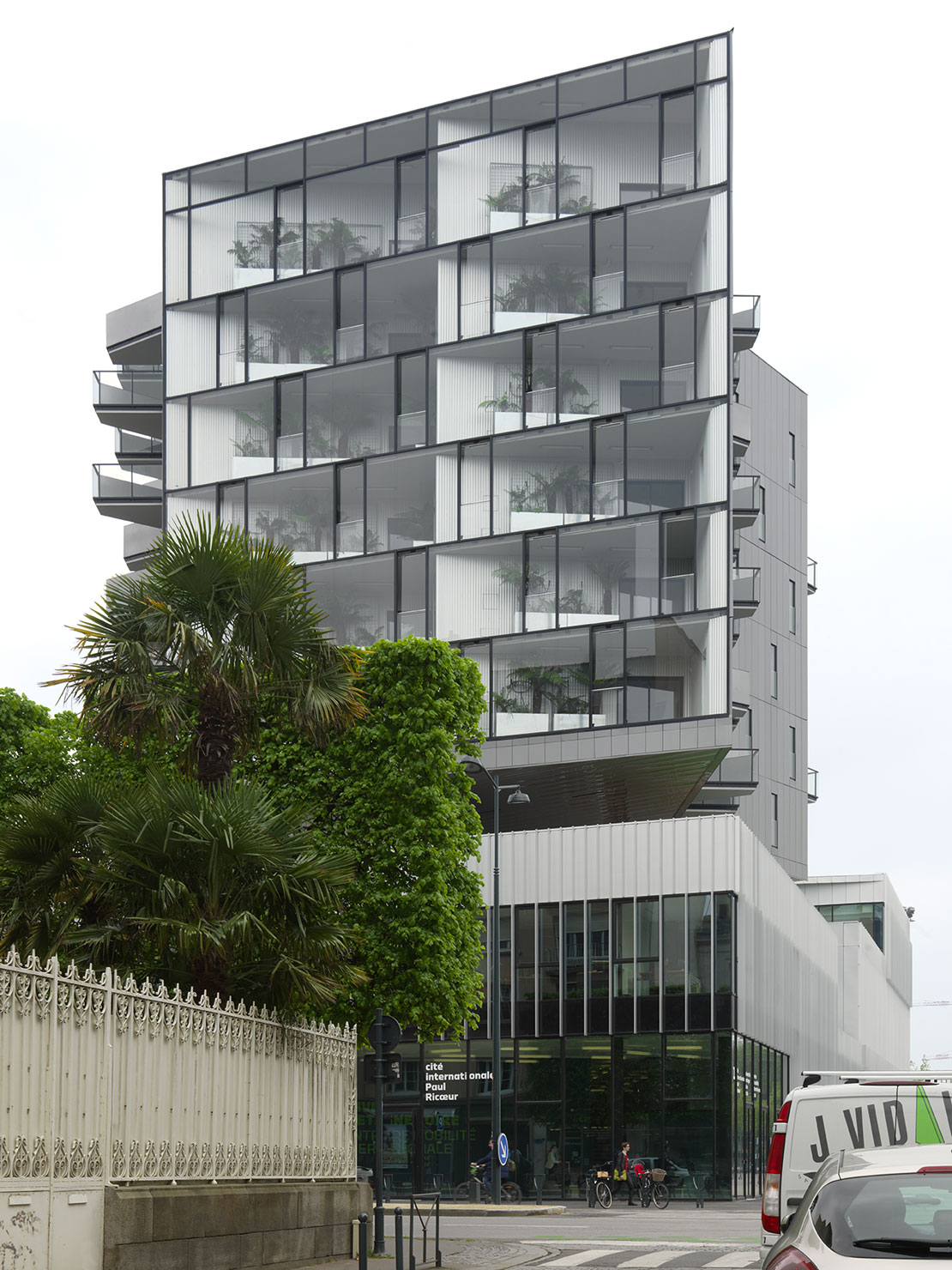 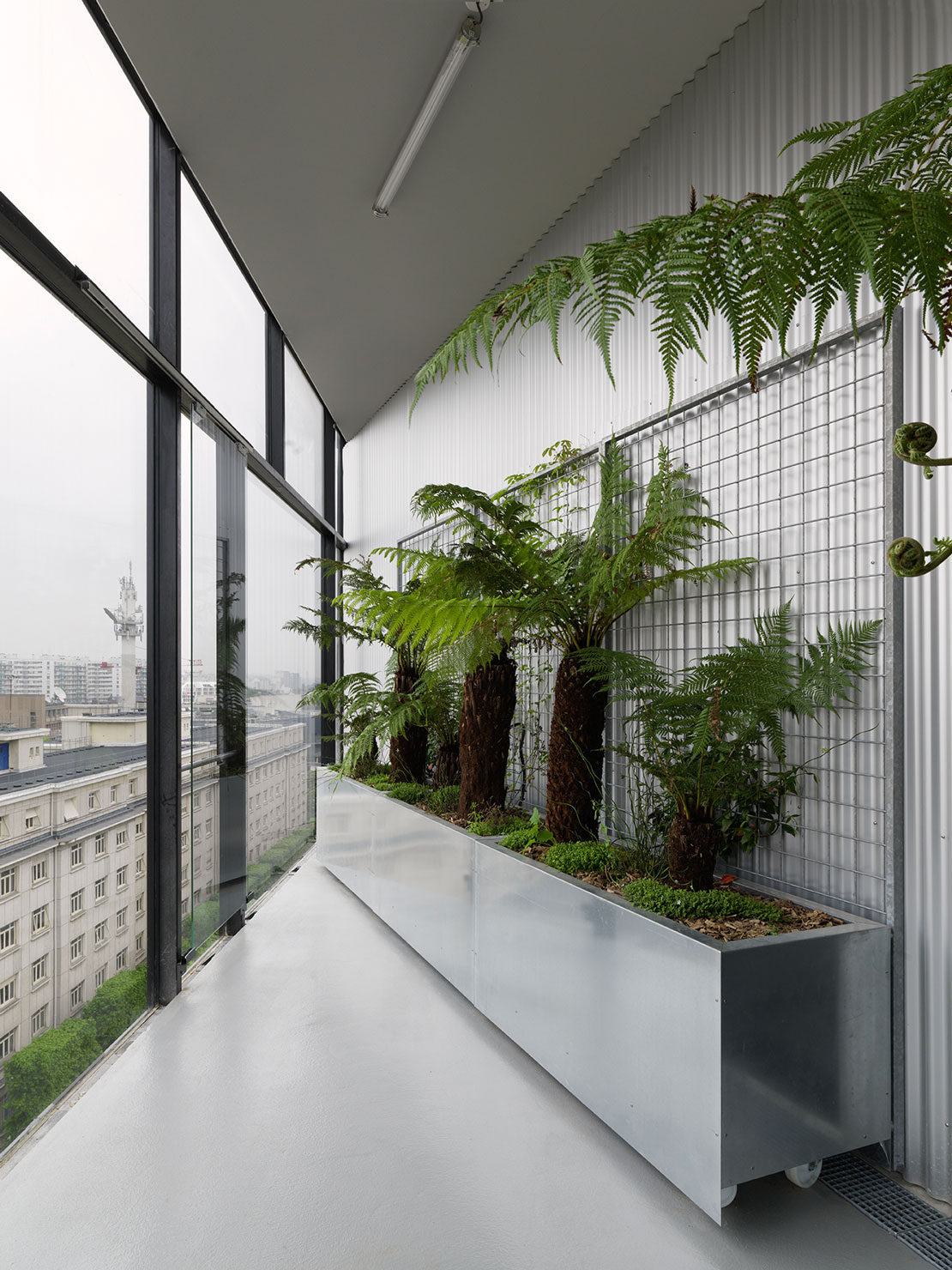 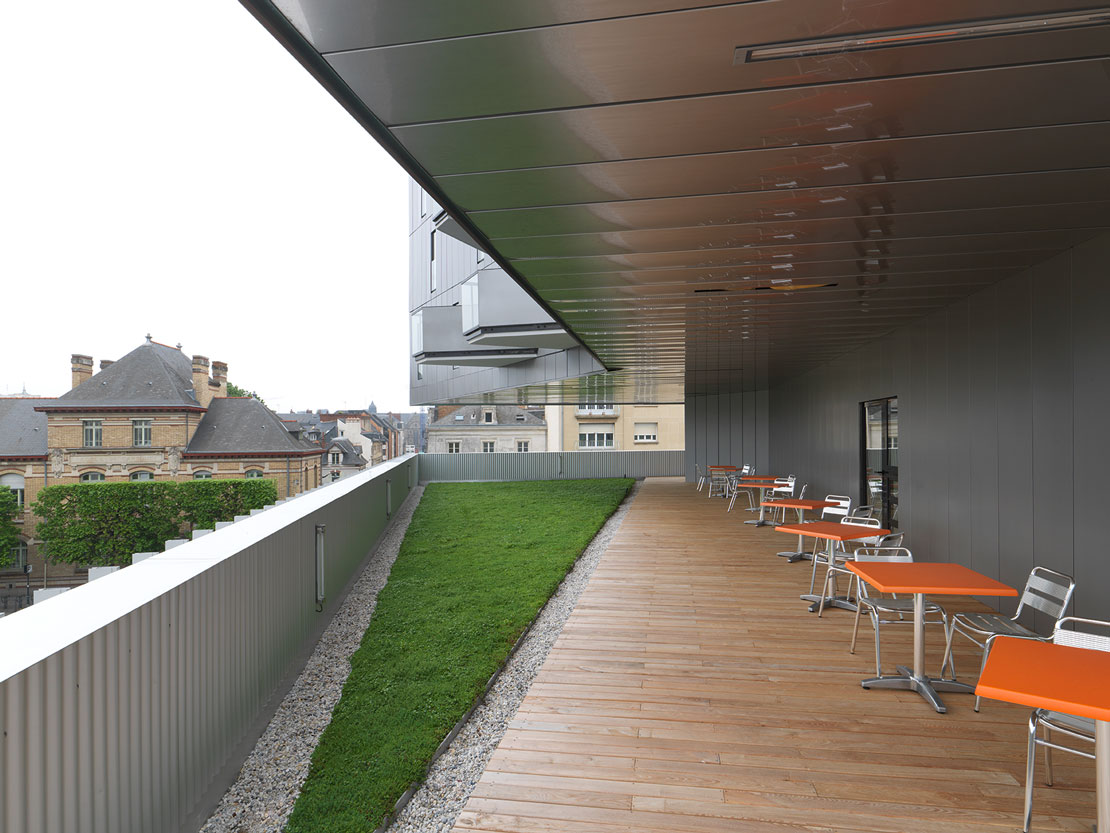 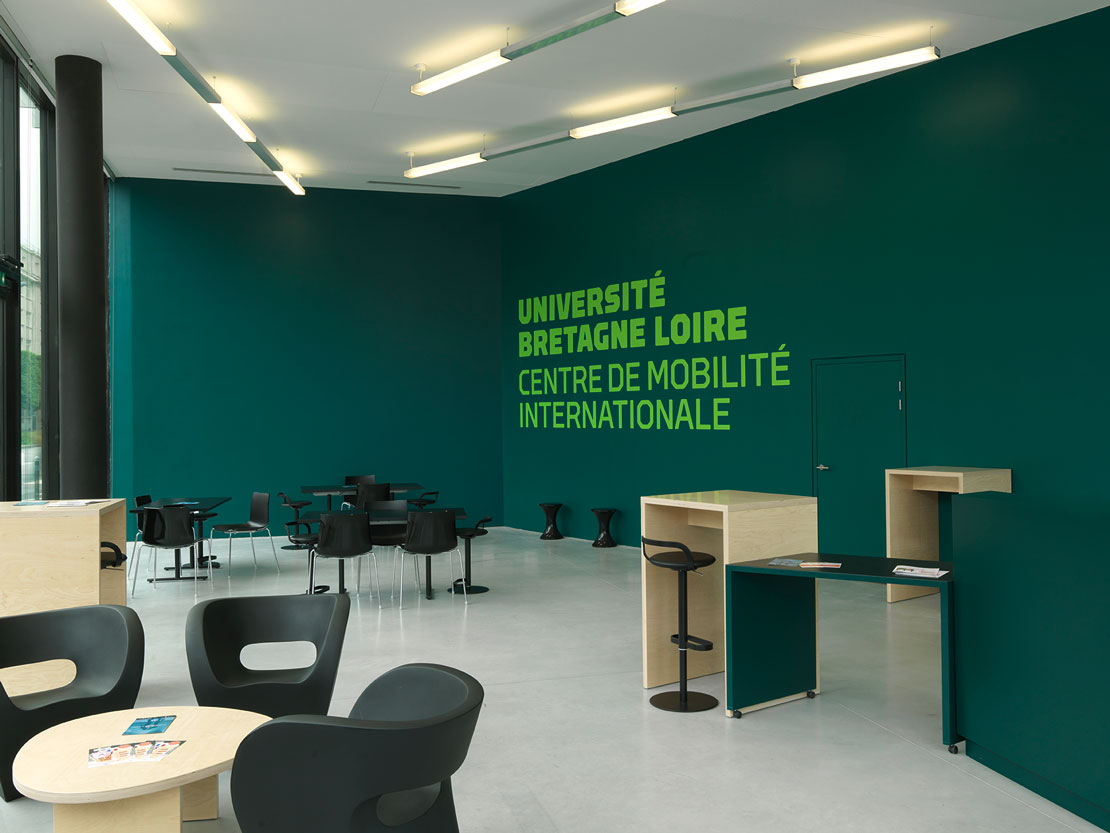 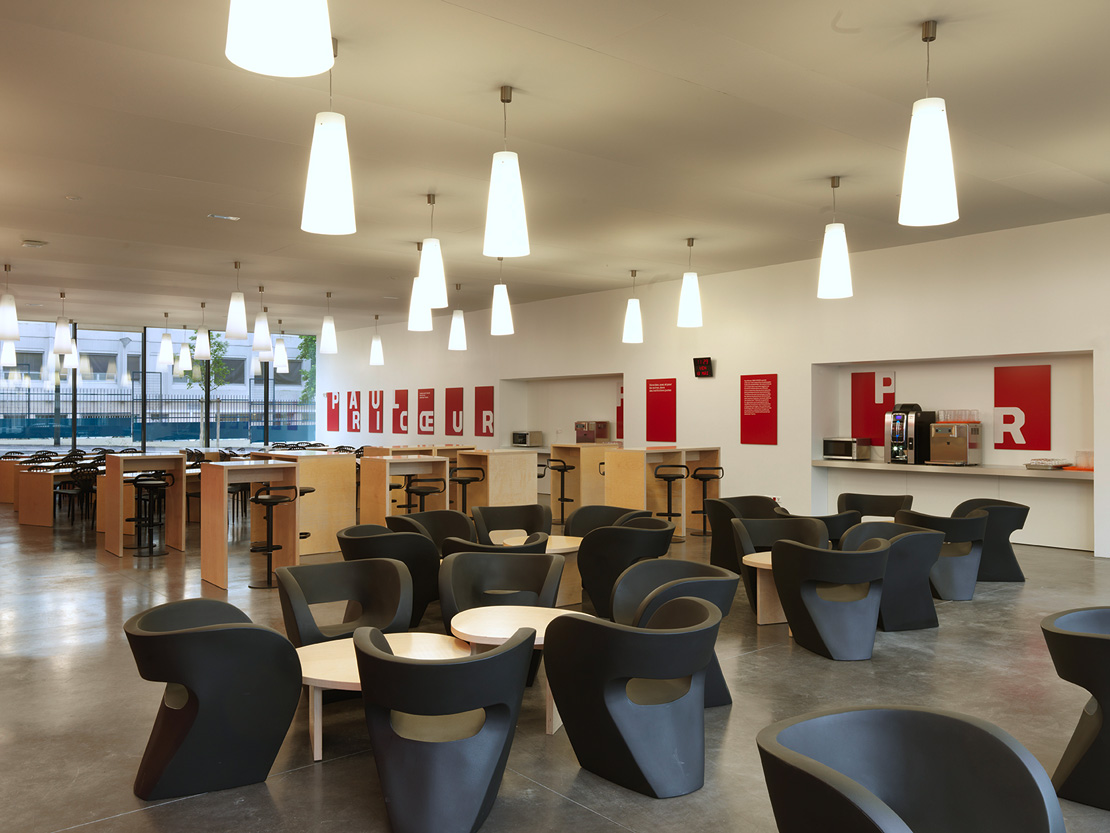 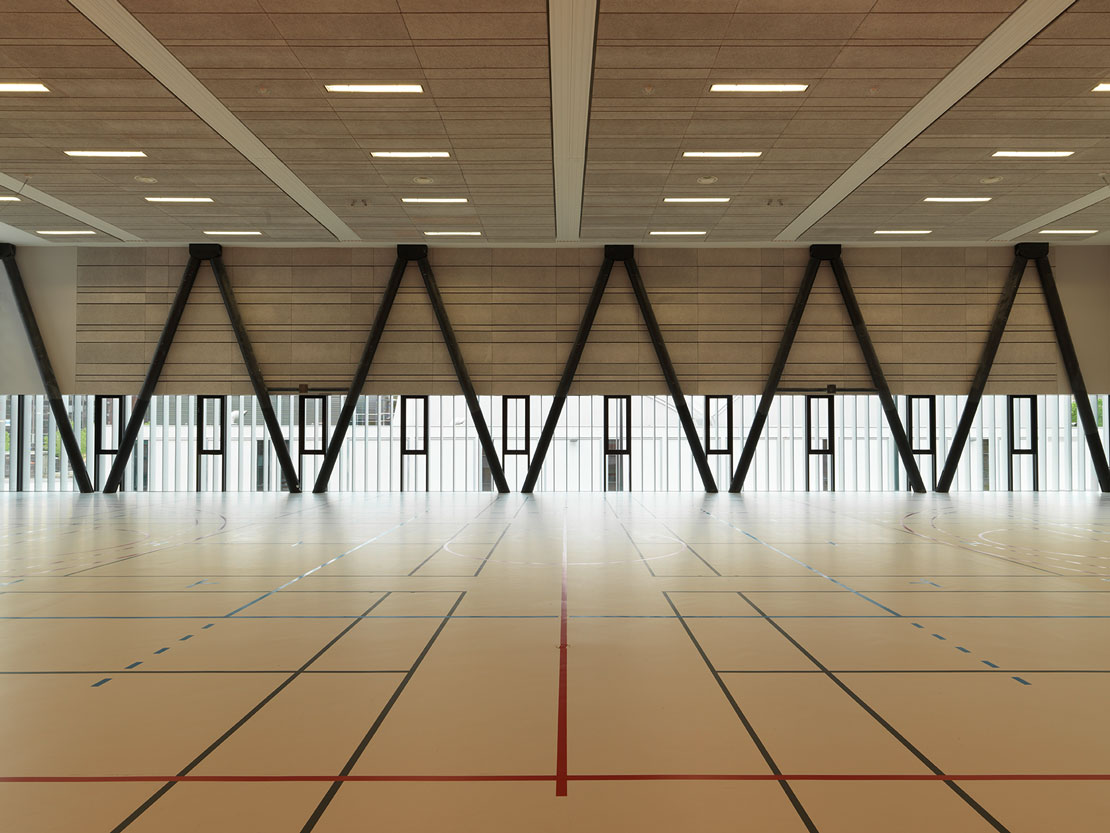 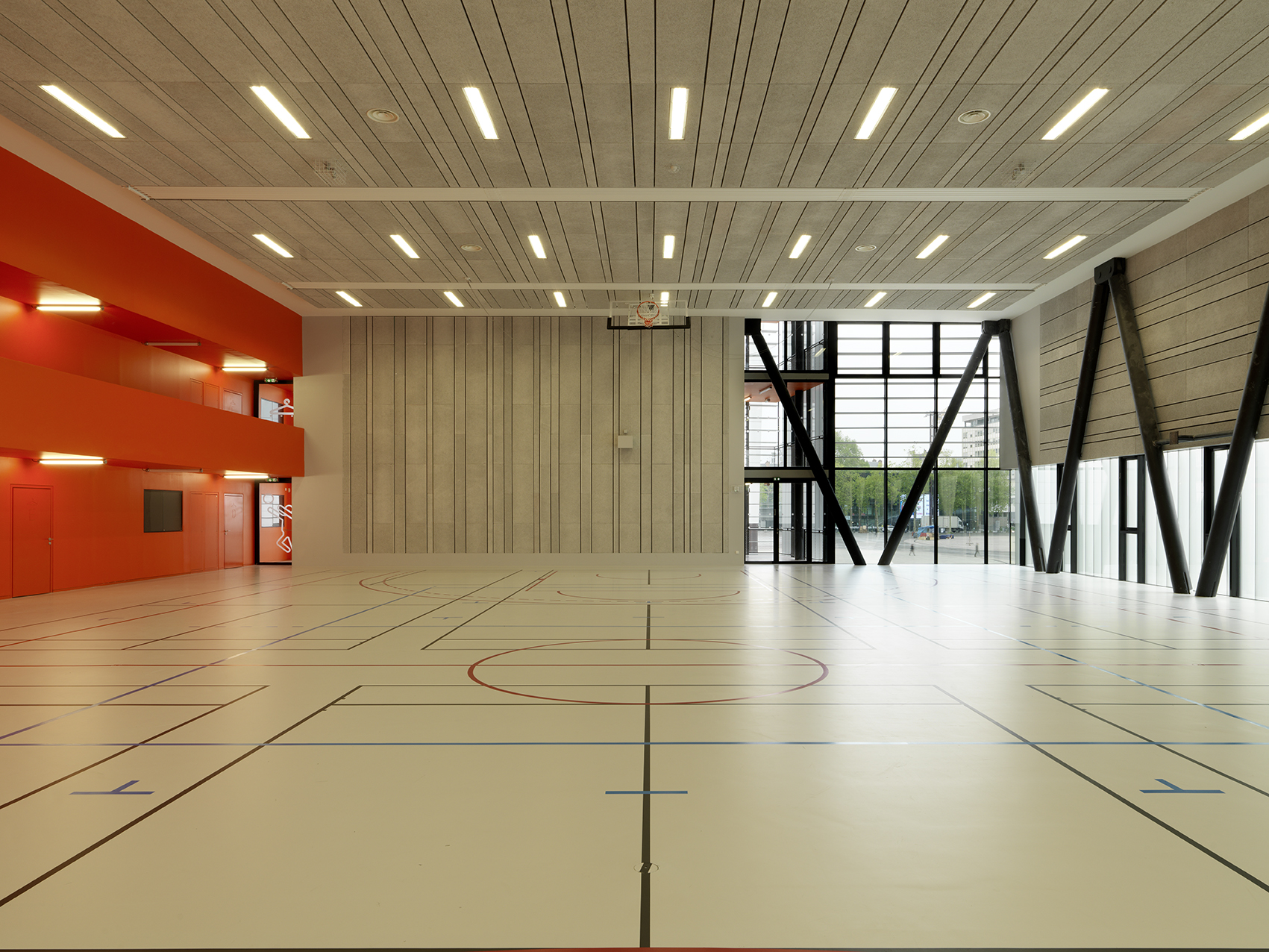 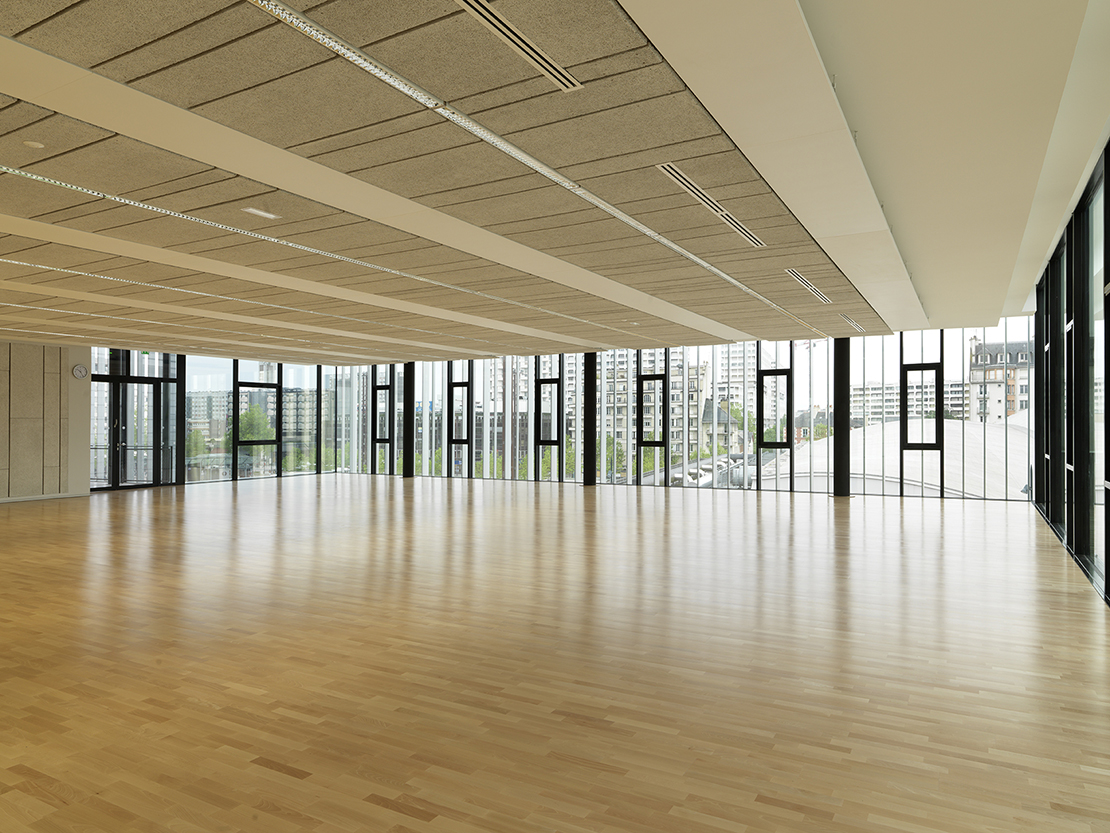 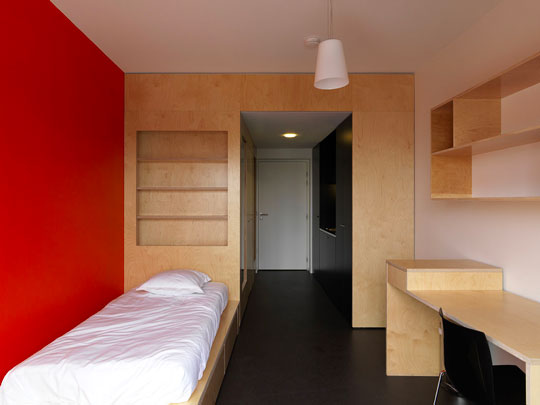 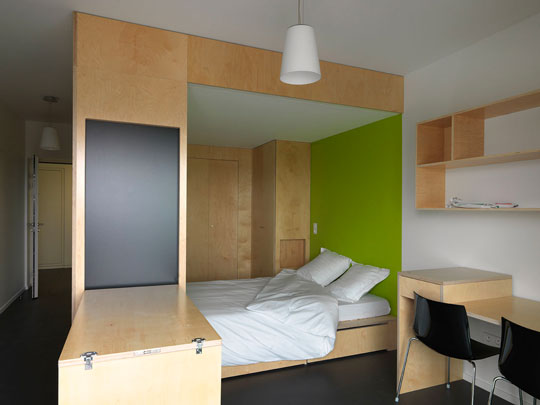 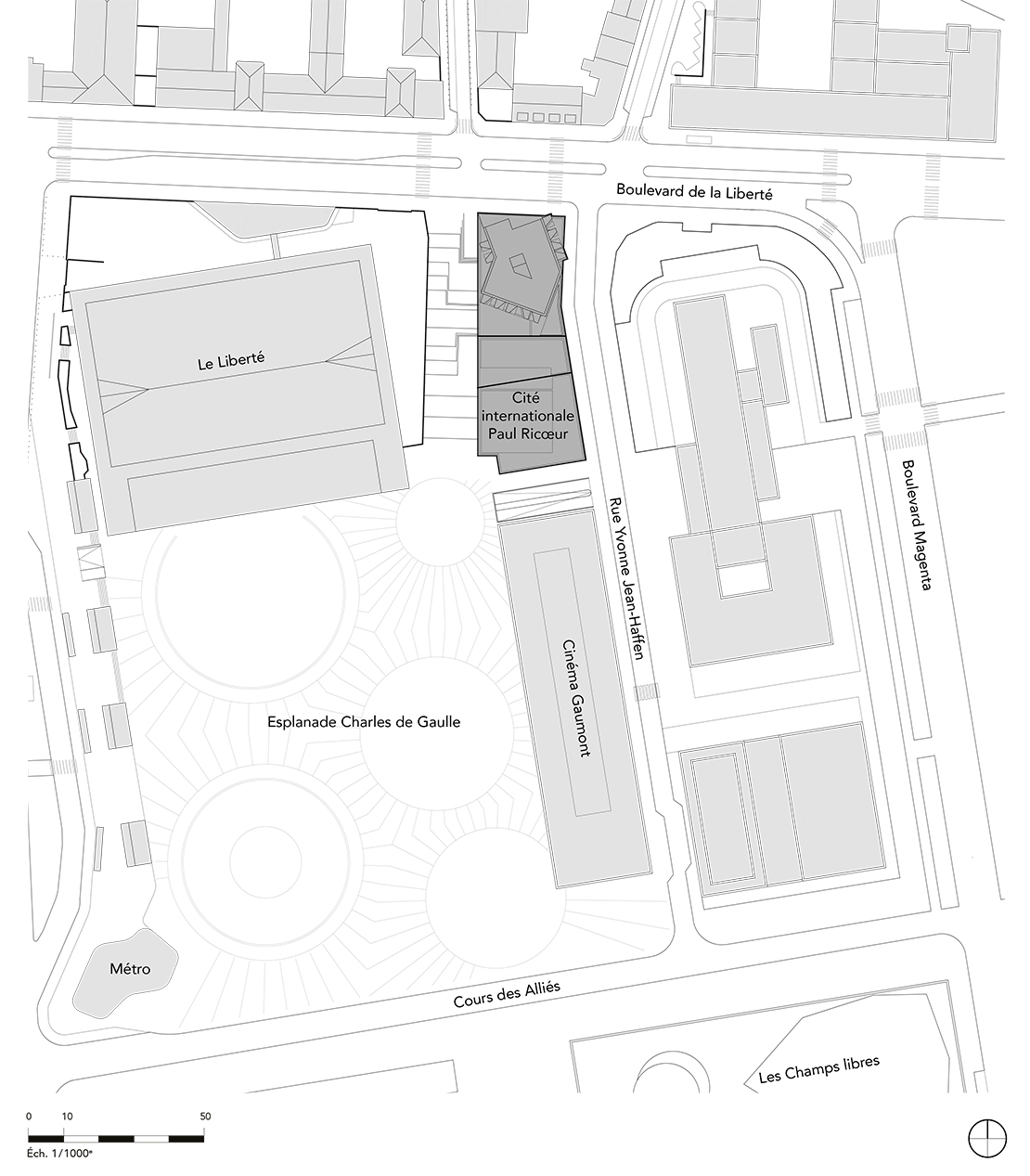 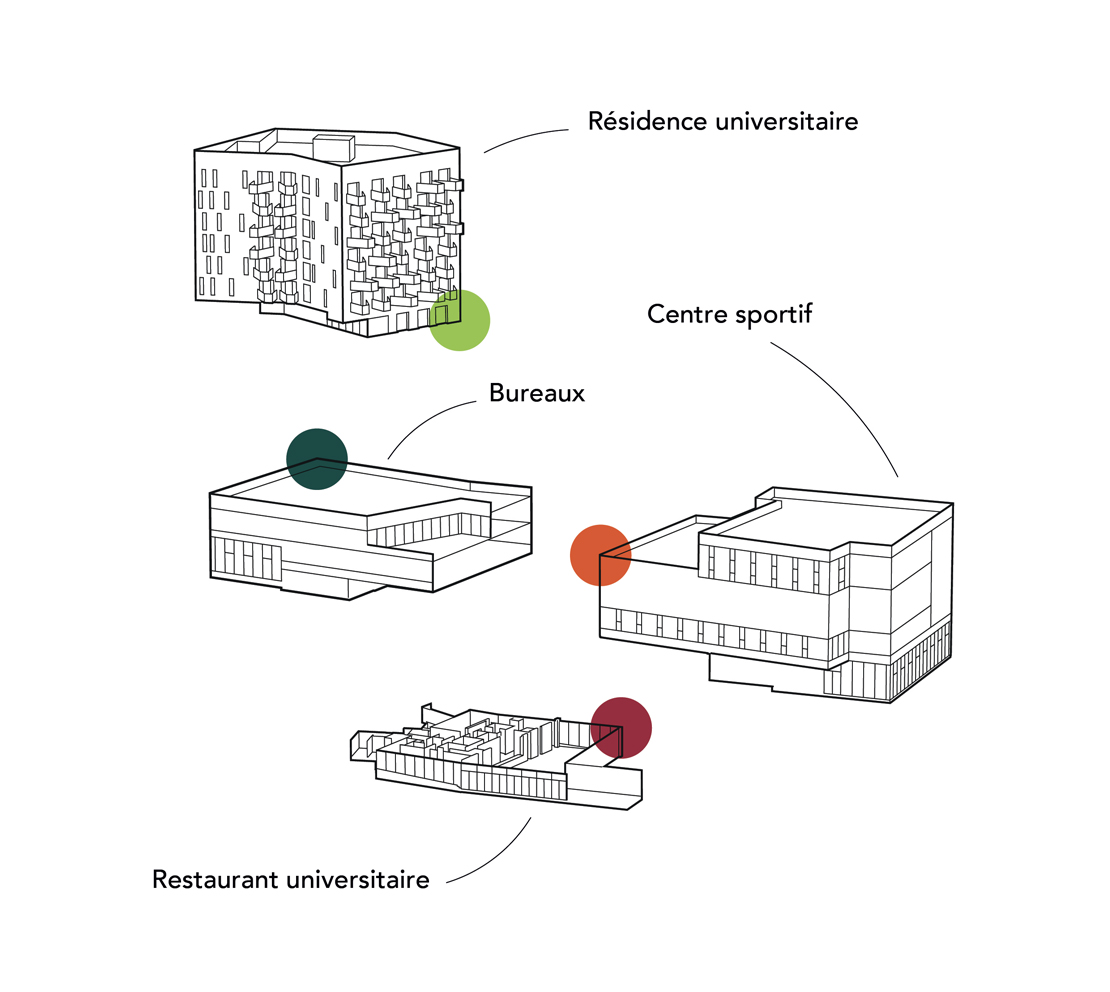 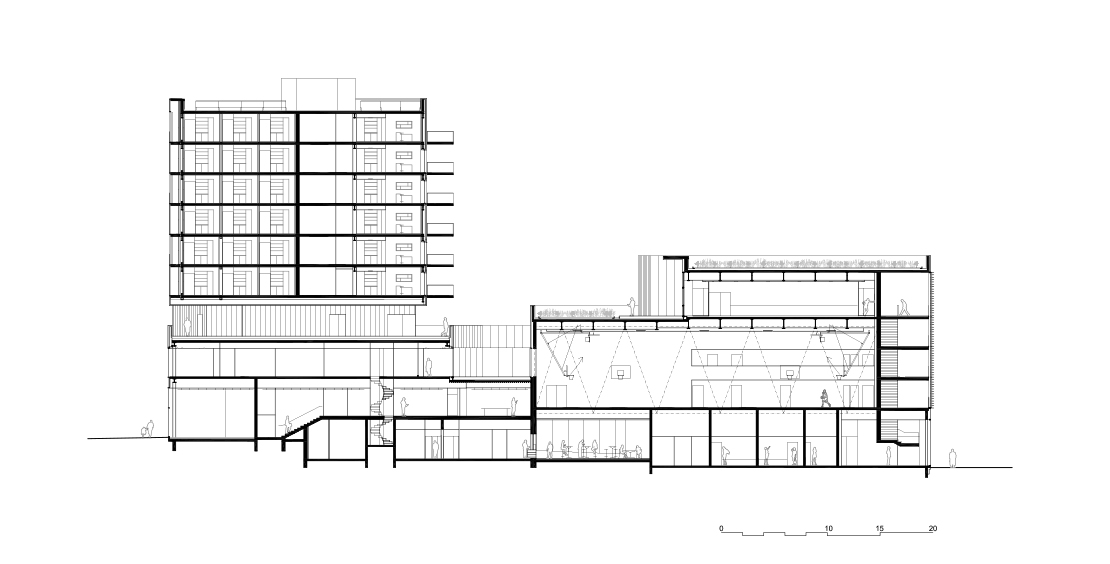