The “Mobile Station” brings together in a single location all the parties involved in the issue of transport and travel within the city of Grenoble in order to offer global vision and better management of traffic. The aim is to bring about the coexistence of autonomous entities that have to be able to work together and to create a communication tool that reflects the local transport policy.

The building is an autonomous and sculptural structure, situated at the foot of an imposing and monumental 1950s office building on the “Grands Boulevards”. The Mobile Station operates like a mechanism in which every separate component part interacts with the others to form an efficient machine. The different rooms and their associated spaces are organised around the Exploitation room and the Crisis room. The global shape of the building is the polygon defined by the contours of the land, but scooped out by the notches that define the profile of each room. These notches bring natural light into all the spaces while preventing direct views from the street.

In a central position from both the plane and cross-sectional perspectives, the crisis room is a circular space with “branches” that provide views on the different rooms and their screens, so that in “crisis meetings” information and real-time events can be tracked as they happen. This volume within the volume is suspended above the computer areas.

In a reference to the multiple screens – iconic and characteristics objects of the modern era – which populate the building, the outside walls are faced with a metal skin upon which aluminium disks are fixed that form an array of pixels. Behind the disks, the background is lit by diodes, which transform the appearance of the architecture at night. A computer program varies the lighting and colour of the diodes, enveloping the building in a shifting, expressive skin. 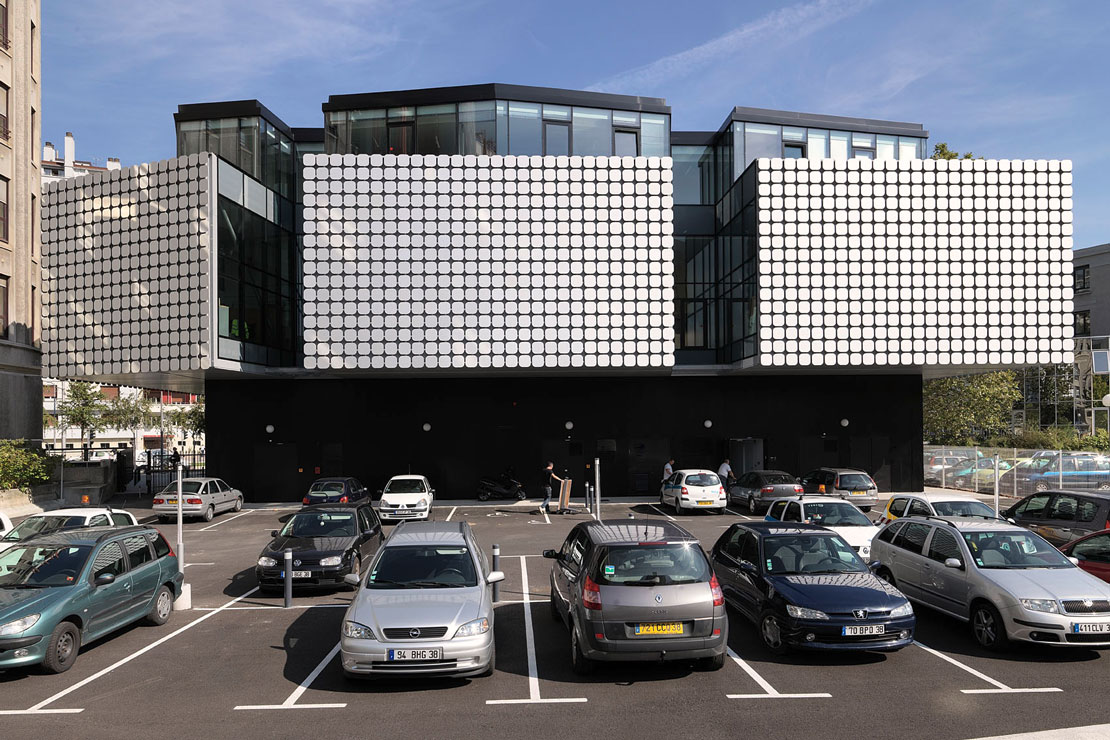 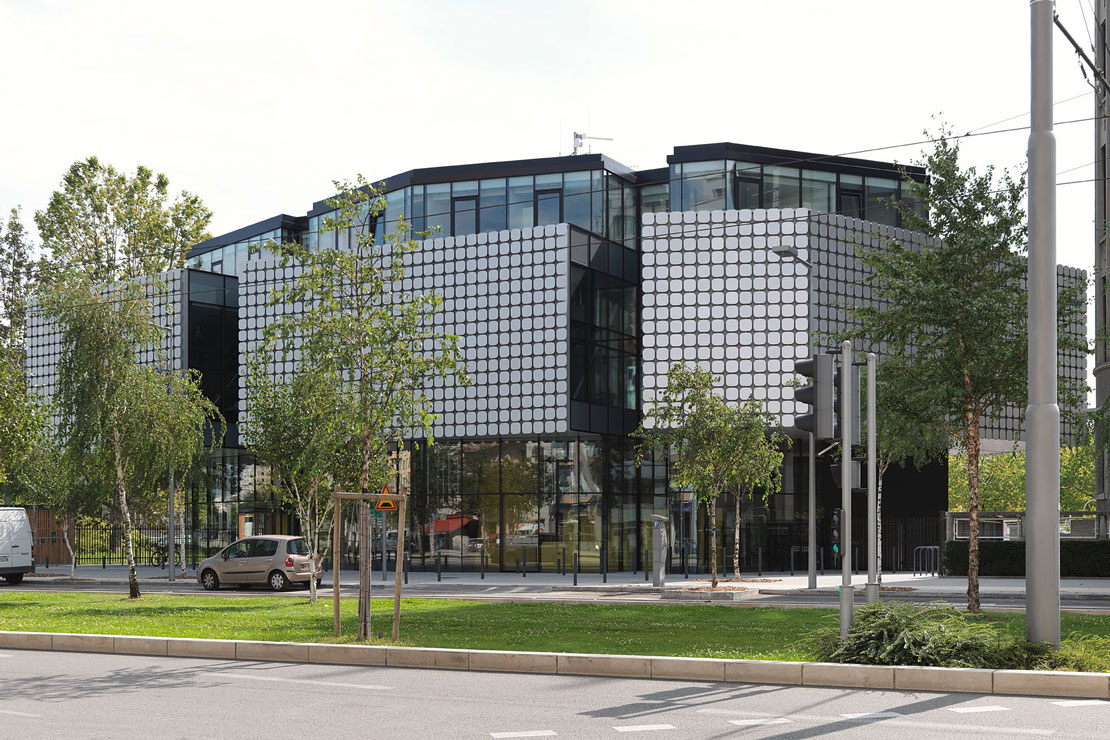 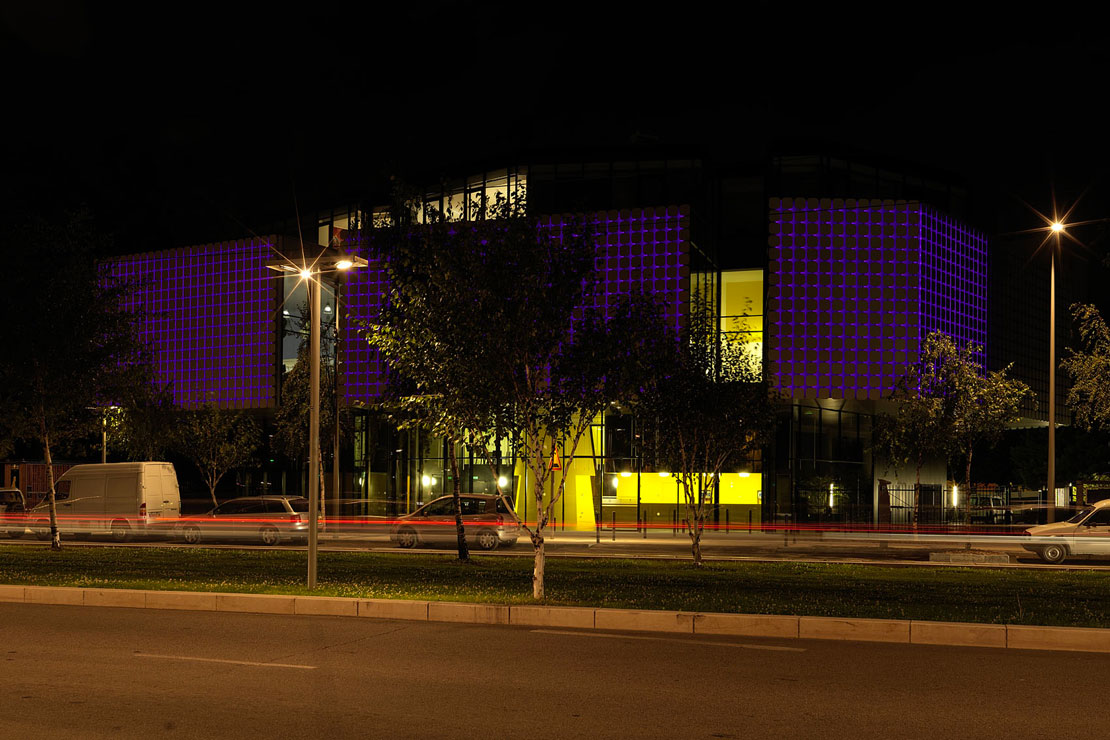 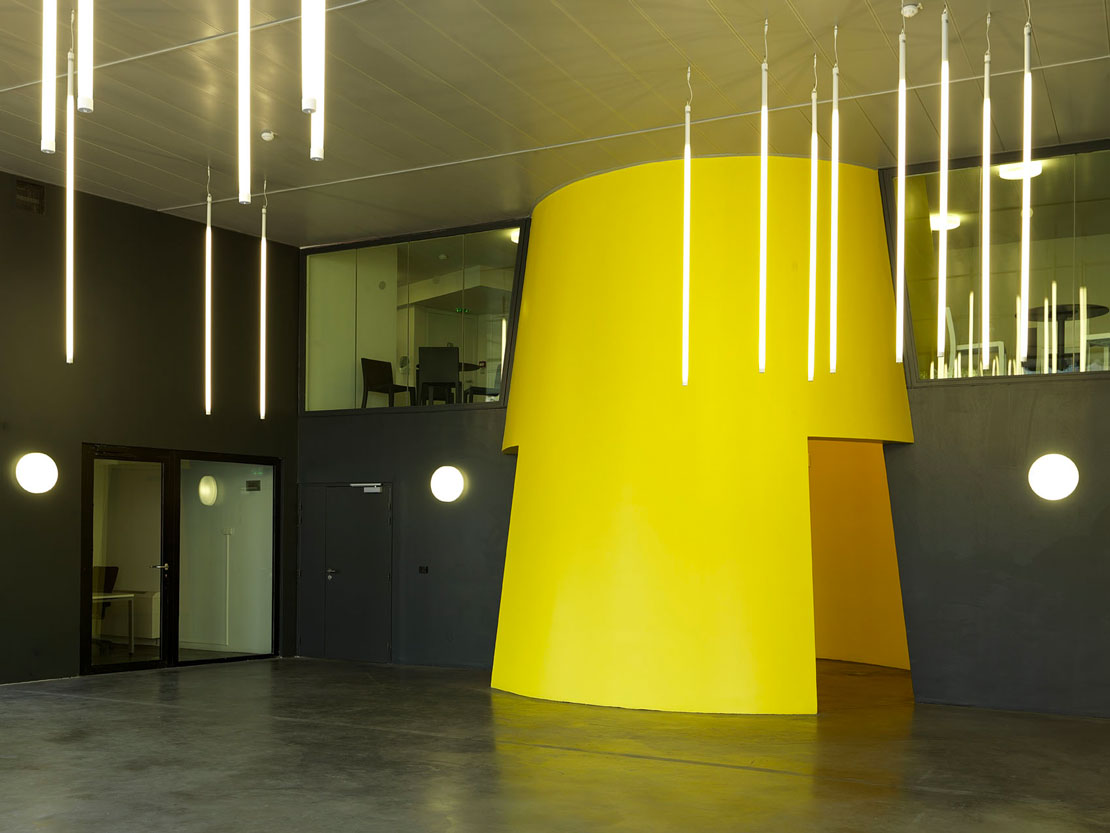 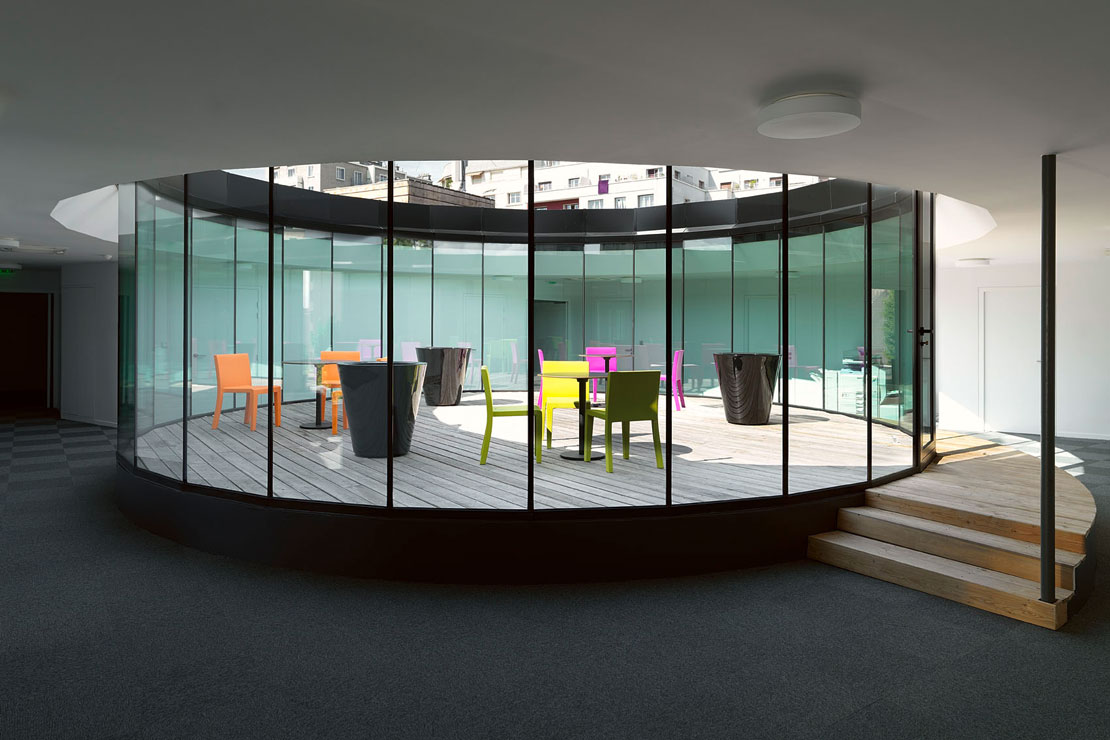 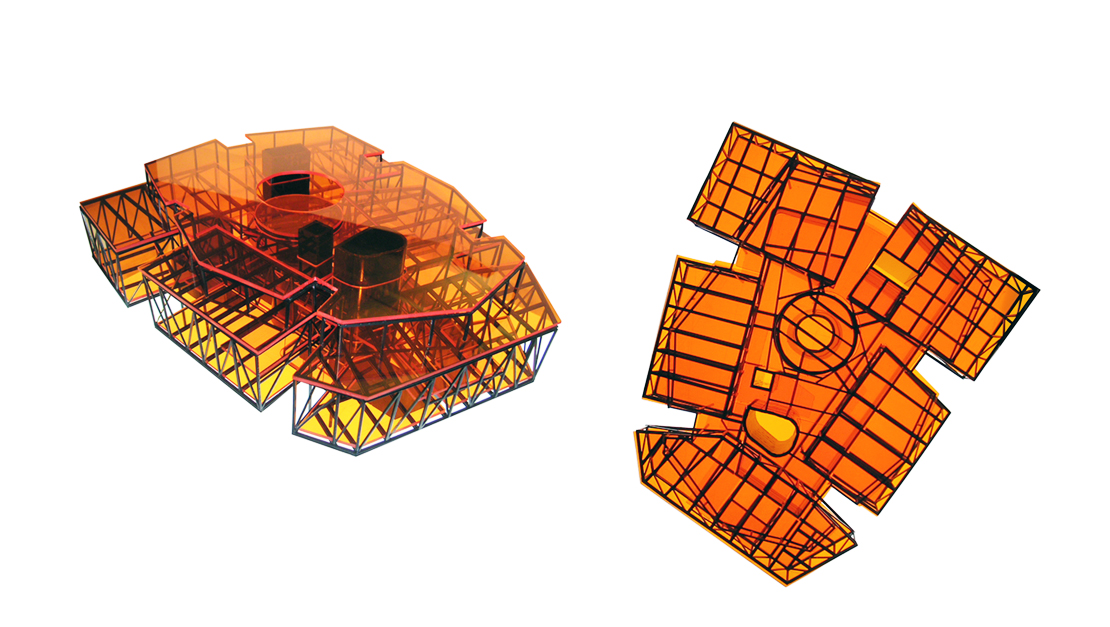 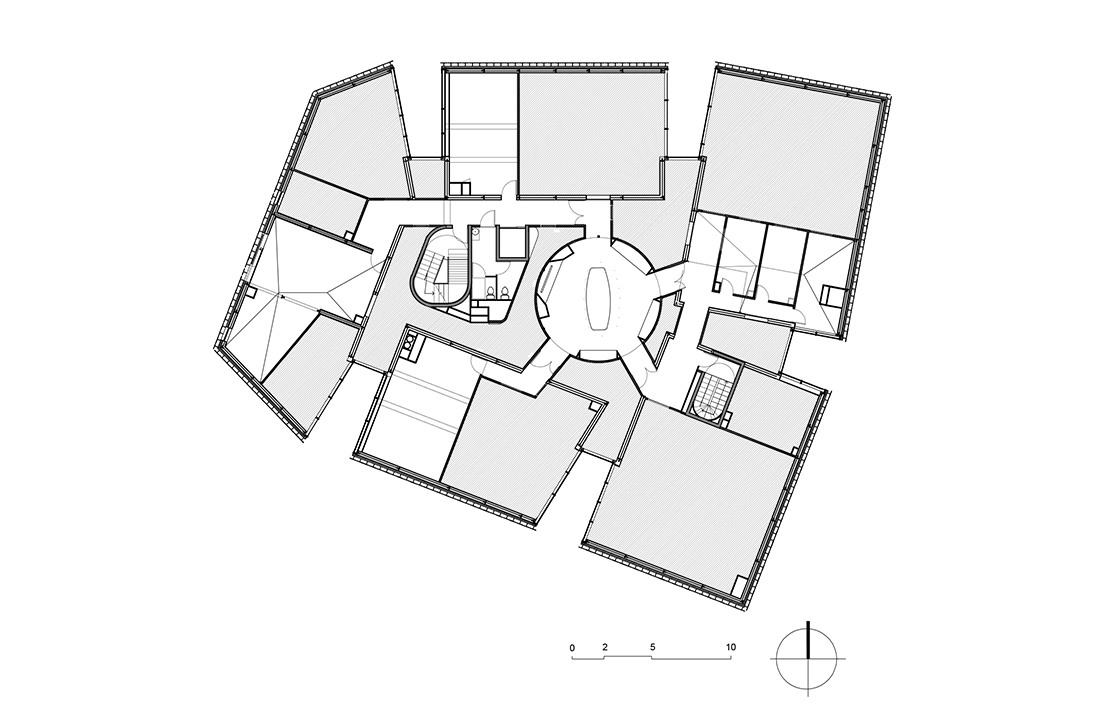