La Maison des Étudiants is a student residence built in the 1930s. It is an eight-storey building, sober in style, part of the skyline of the Grands Boulevard, a distinctive urban feature of the city of Grenoble. The project was to regenerate the structure by remodelling the existing building and constructing Cité Galilée, a residence for foreign researchers. This paradoxical assembly of an old building and a modern graft generates a new entity, a composition in which each of the elements reinforces the other’s identity.

The challenge was to draw the right volume, given that the space available was extremely tight, extremely constrained, and that the views from the rooms in the existing building had to be protected. The design of the extension is determined by this requirement for coexistence.

Modern in its style and distinctive in colour, Cité Galilée is a new growth grafted onto the existing structure. The volume is sculpted to adapt to the views and to comply with planning requirements which define a diagonal mass. The transparent ground floor holds the communal spaces. The third floor includes a communal terrace. From here on up, the bedrooms are distributed on either side of a glass-enclosed gangway. The Eastern facade is folded to provide views over the Bastille, Grenoble’s iconic mountain, from every room, and each room extends into a balcony.

Inside, the platforms have been cleared to make way for a new layout for the bedrooms, which have become fully equipped studios. Each has a bathroom, a separate WC, a kitchen, a built-in bed, a desk and storage space. Their ergonomics have been tailored down, with the aim of making maximum possible use of the available space within a tight budget. The studio includes a sleeping and studying area to the front, and a lower volume for the entrance, kitchen, bathroom and WC. The latter is styled like a large piece of furniture, lined with multiply birchwood panels. This same material is also used for the beds, the desks and the shelving. 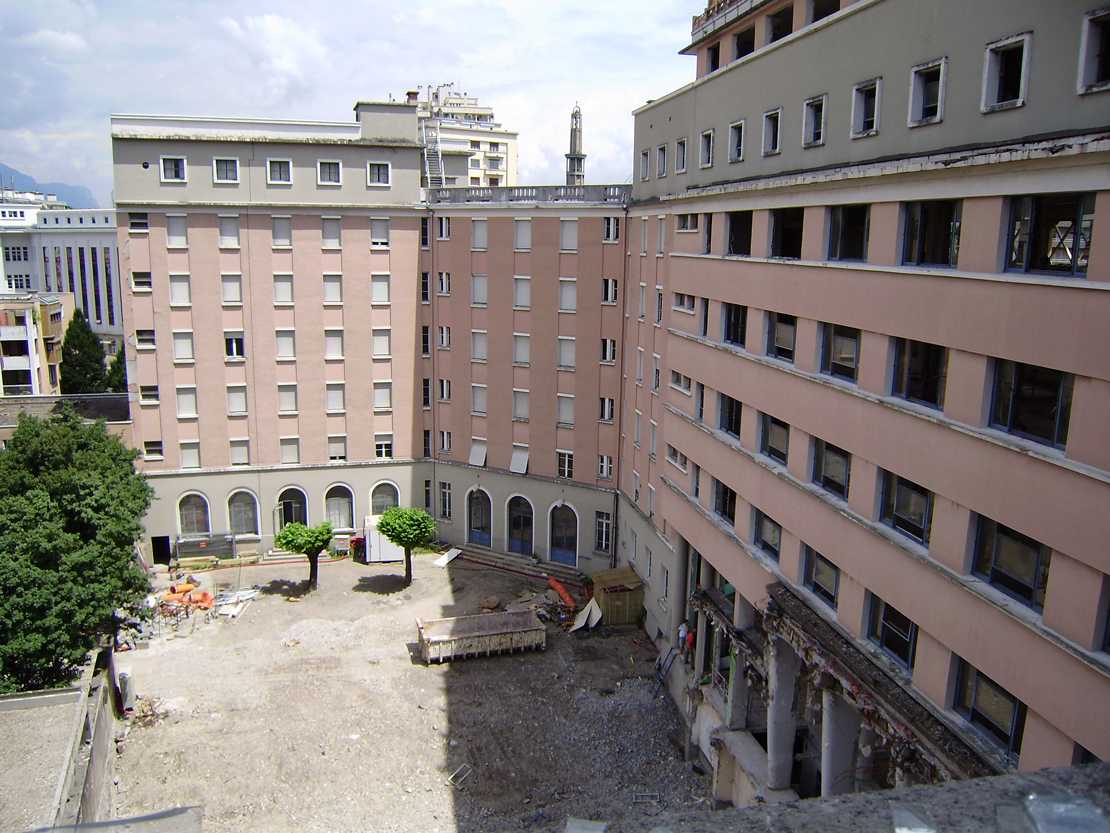 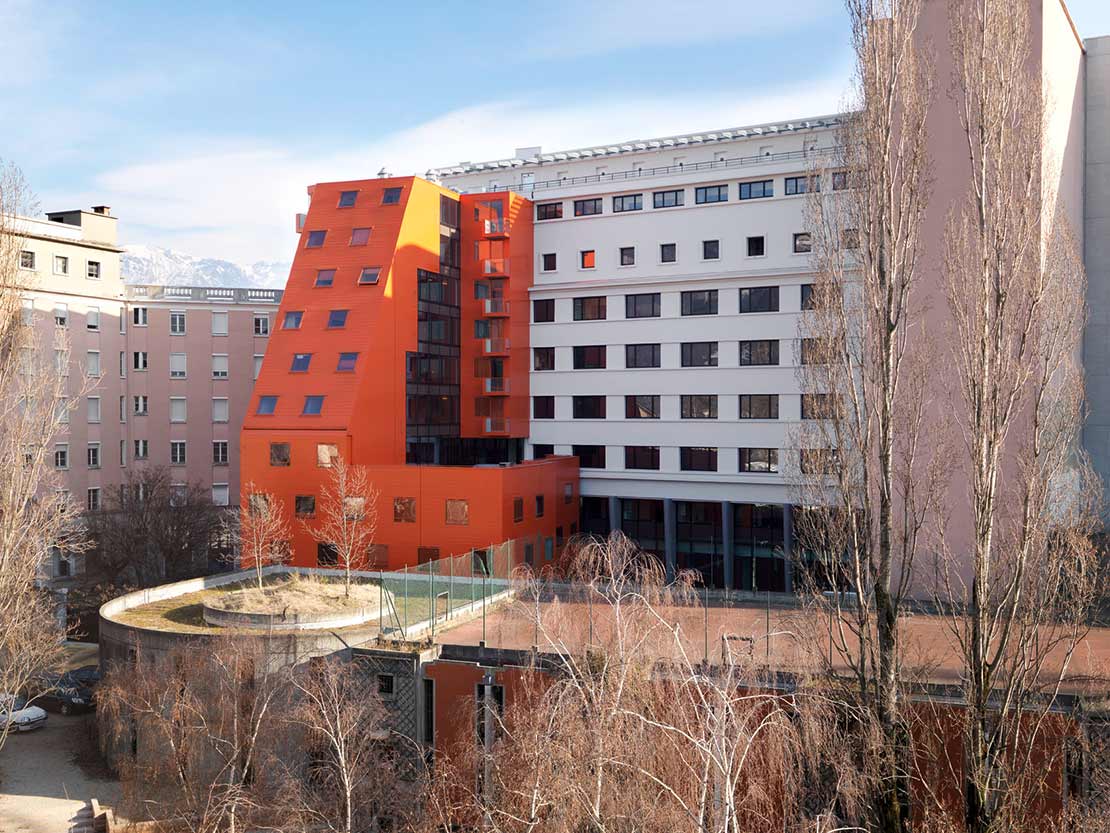 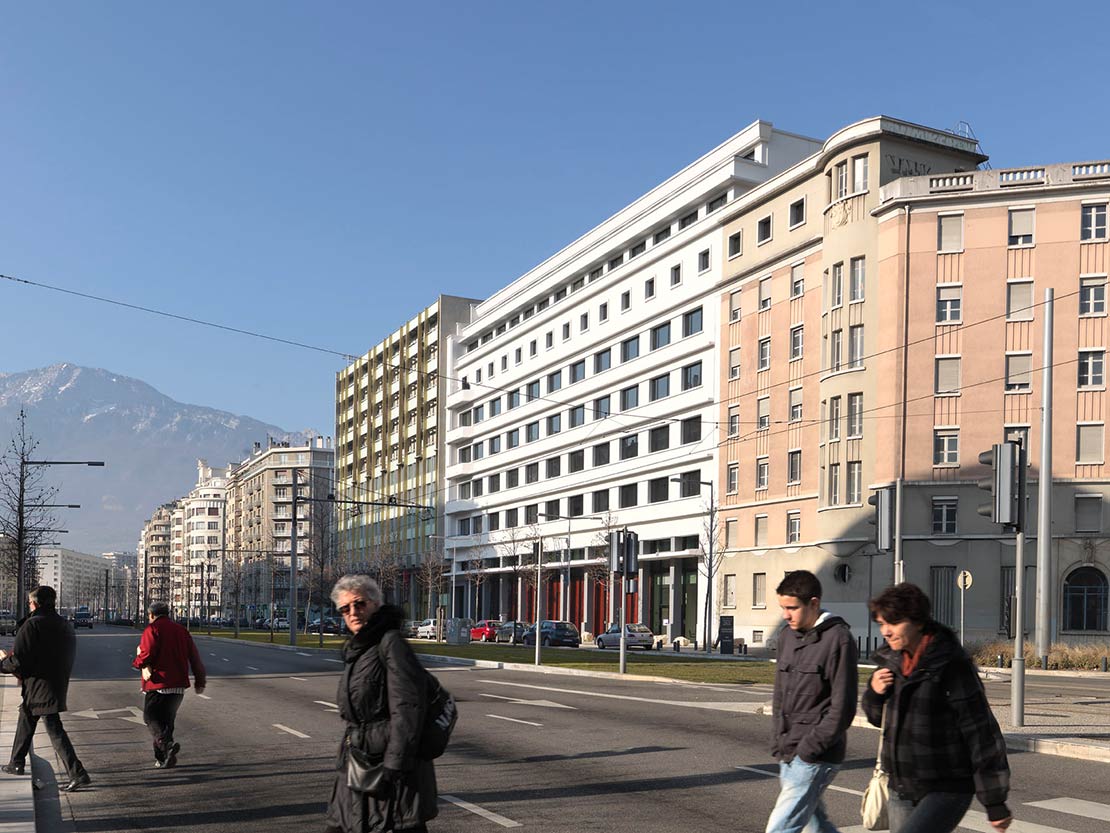 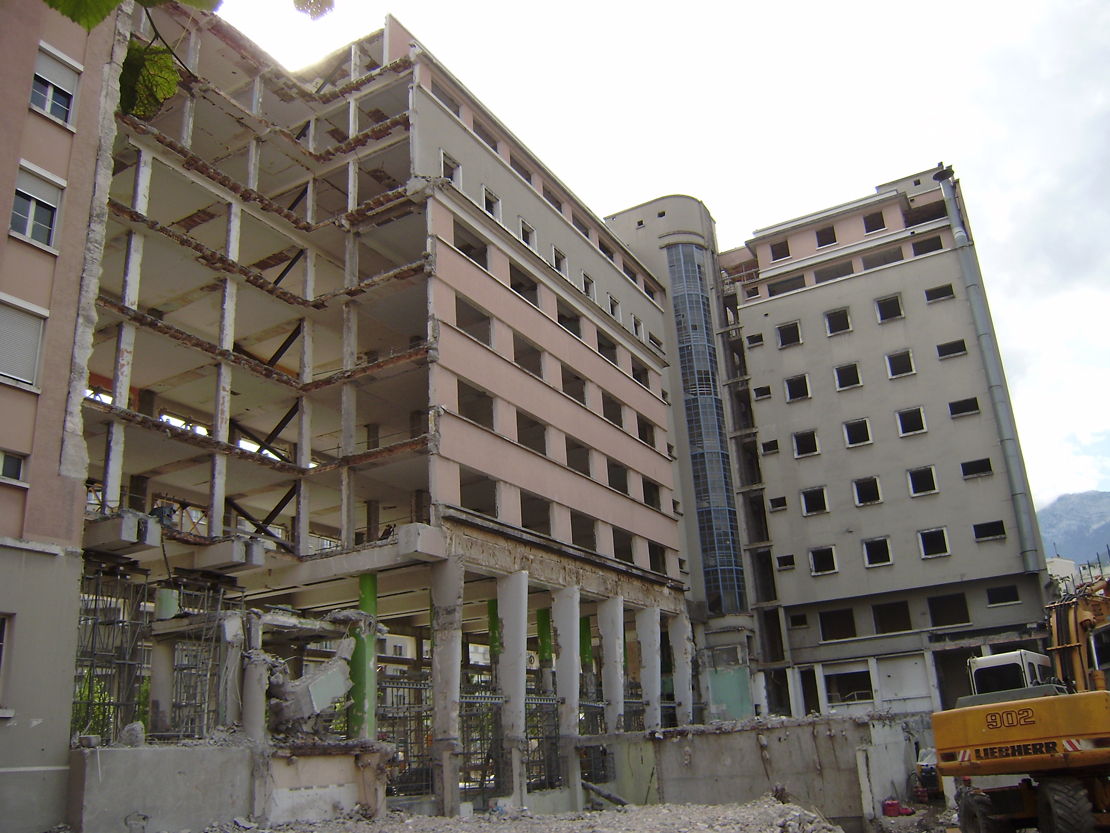 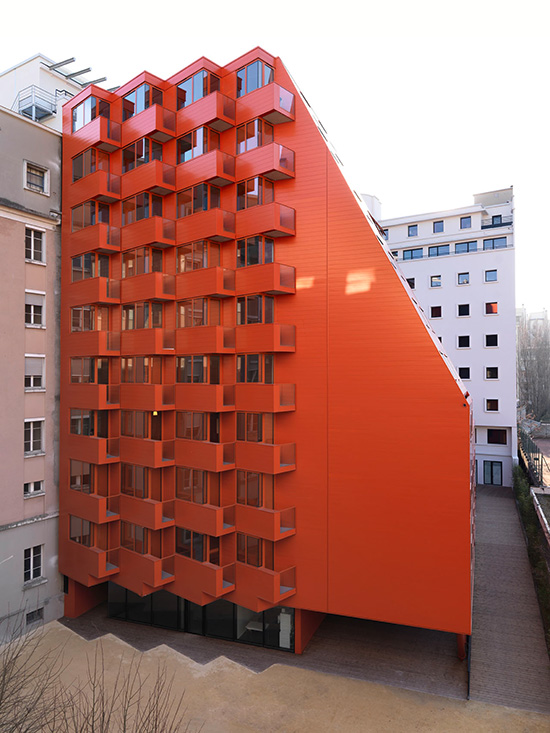 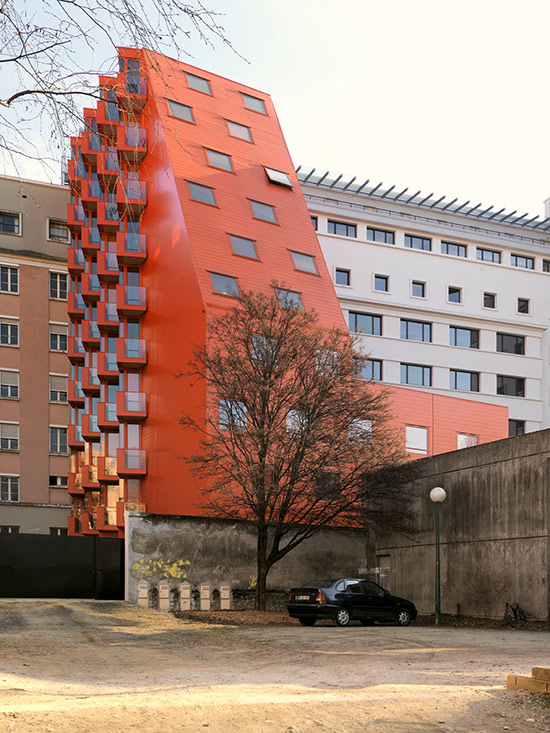 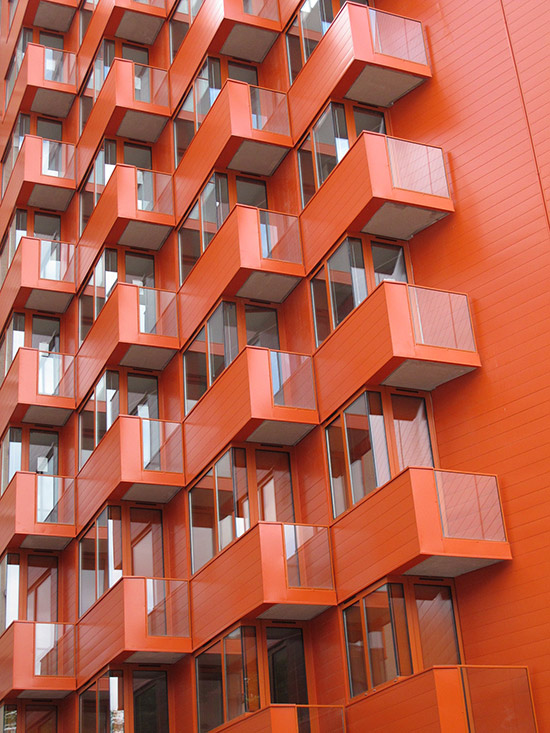 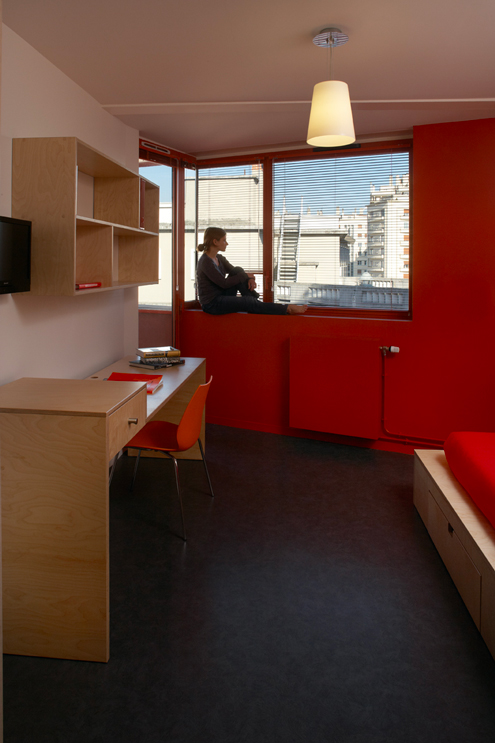 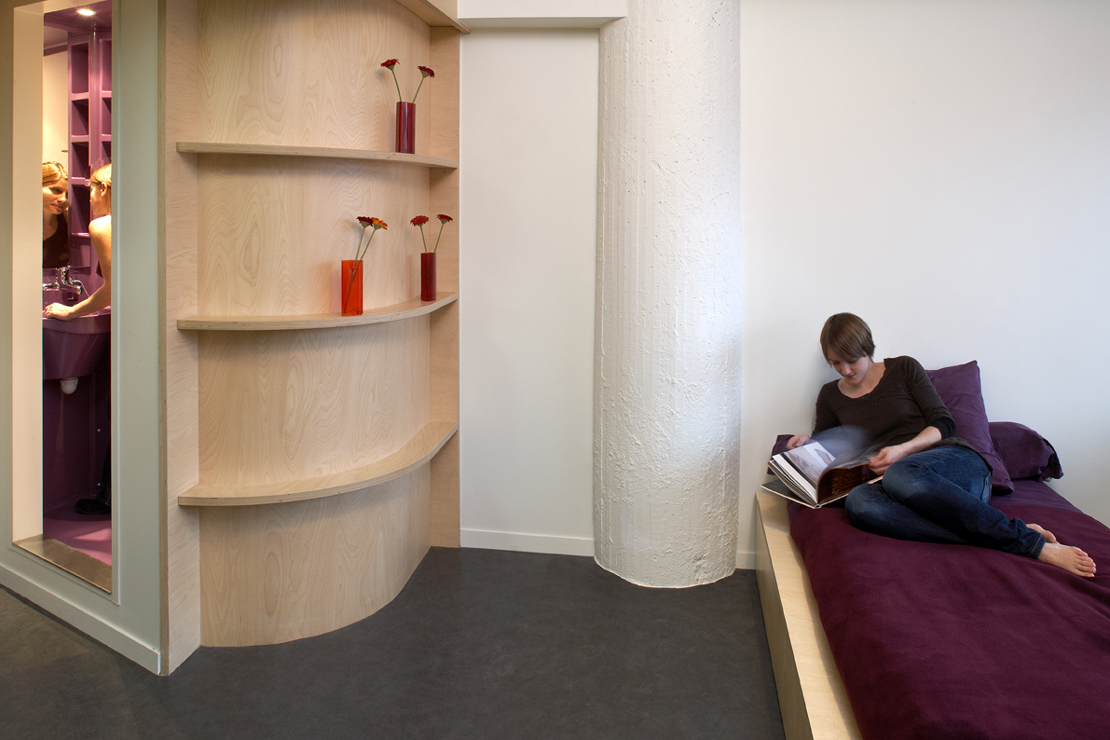 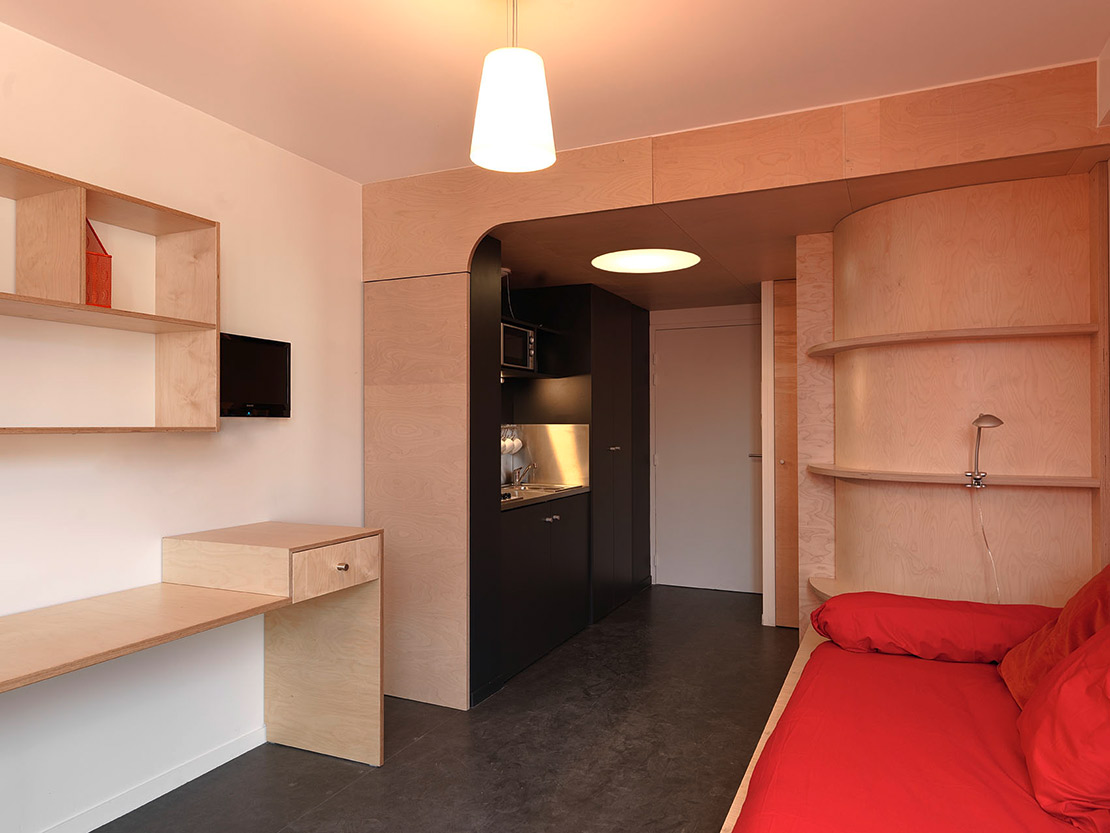 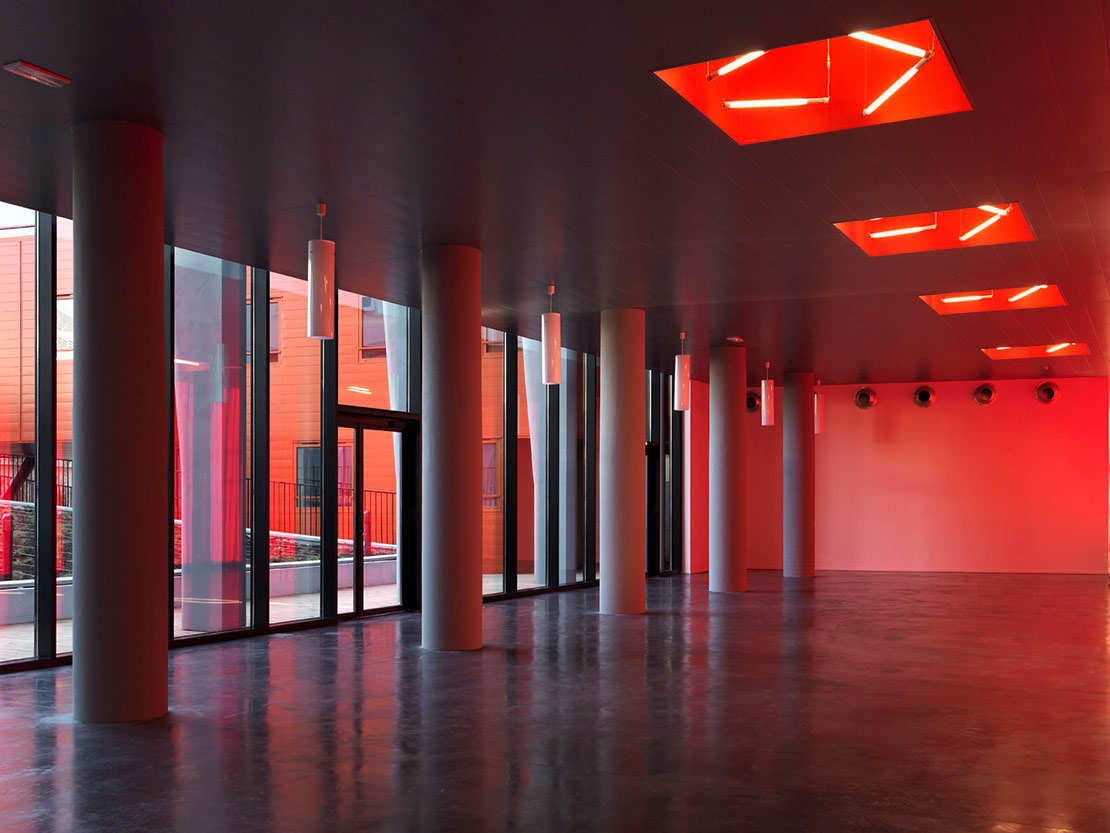 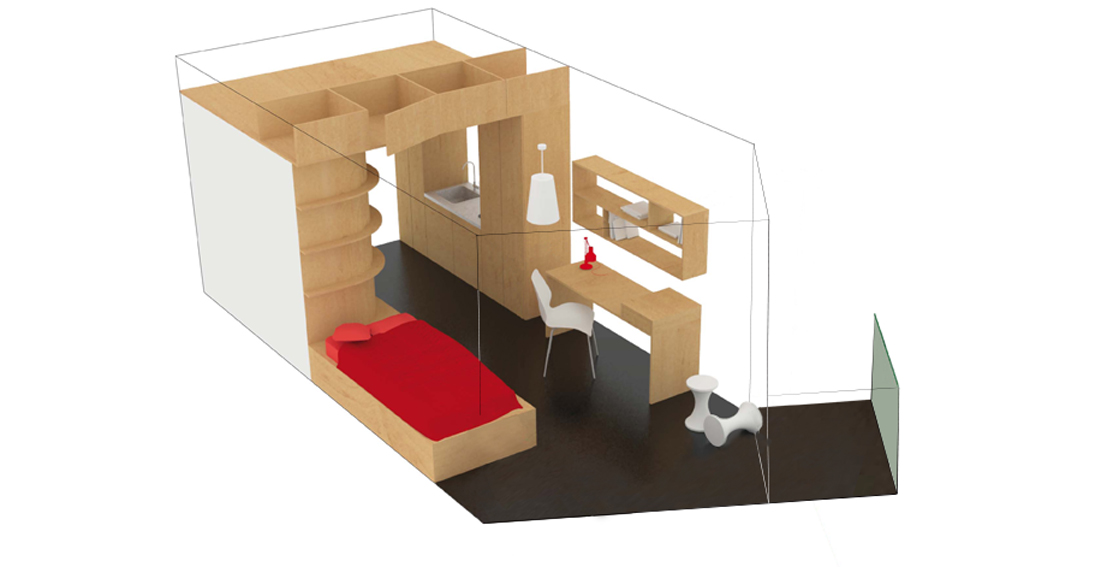 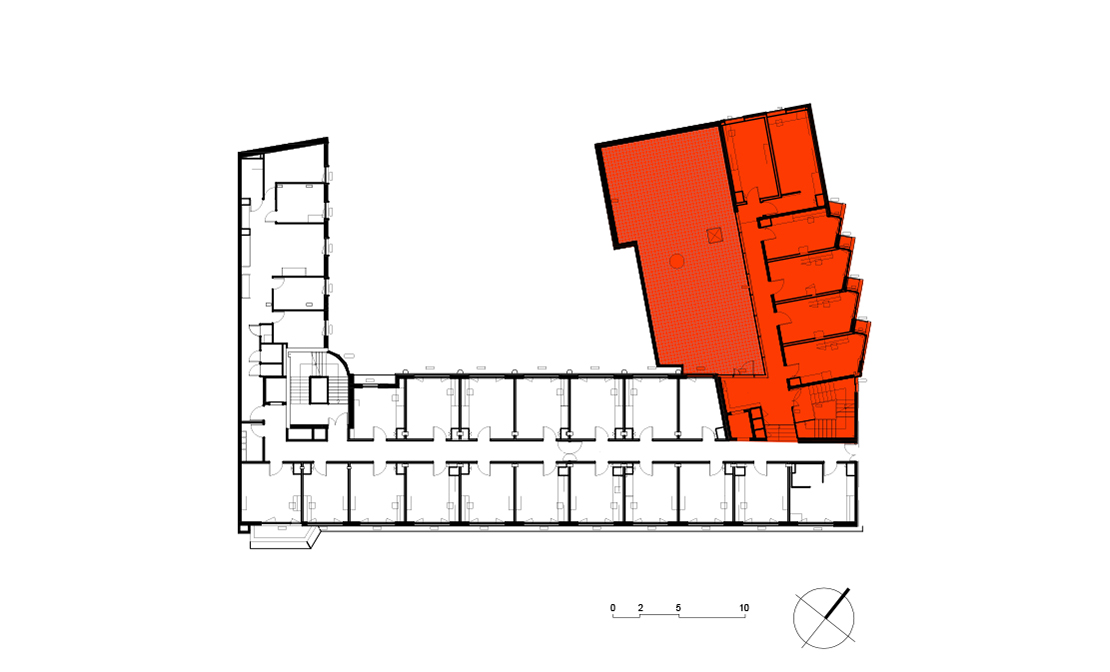