The site of the silo parking project for Q Park is located on the axis of rue de Boigne, a major road in the historic city centre of Chambéry. This street, built in the first half of the 19th century, is a heritage complex that leads to the castle of the Dukes of Savoy, passing through the fountain of the Elephants. Opposite the castle, the street view will end in the parking-silo. In response to this peculiar situation, architecture proposes an element in addition to the programme : the belvedere sculpture, imagined with the artist Krijn de Koning.

The car park is arranged in a triangle with rounded corners that create vanishing lines to reduce the mass effect. The interior space is conceived as a car ride organised along a double circuit : one climbs up by gently sloping parking decks wrapped around a triangular central patio ; one descends by a cylindrical ramp around a central void. The architectural style is based on the complementarity between the curved, minimal and translucent facades of the car park, and the orthogonal and coloured belvedere sculpture. The facades, which have 50% void for the car park to be considered as an exterior in terms of fire regulations, are made up of vertical translucent glass strips installed at 45°, with the voids leaving visual escapes towards the city.

The sculpture begins with the outside staircase, which leads directly from the public area to the belvedere independently of the car park. At the top, the bar exits cantilevered to reach the axis of Rue de Boigne. From the top, the visitor has a panoramic view to the historic town and, at the end of the street, to the castle of the Dukes of Savoy. In the other direction, the perspective of the street ends with the mountain in the distance and with this combination of volumes, the curved and translucent one of the car park and the one of the belvedere sculpture that leans there, in the axis of the road. 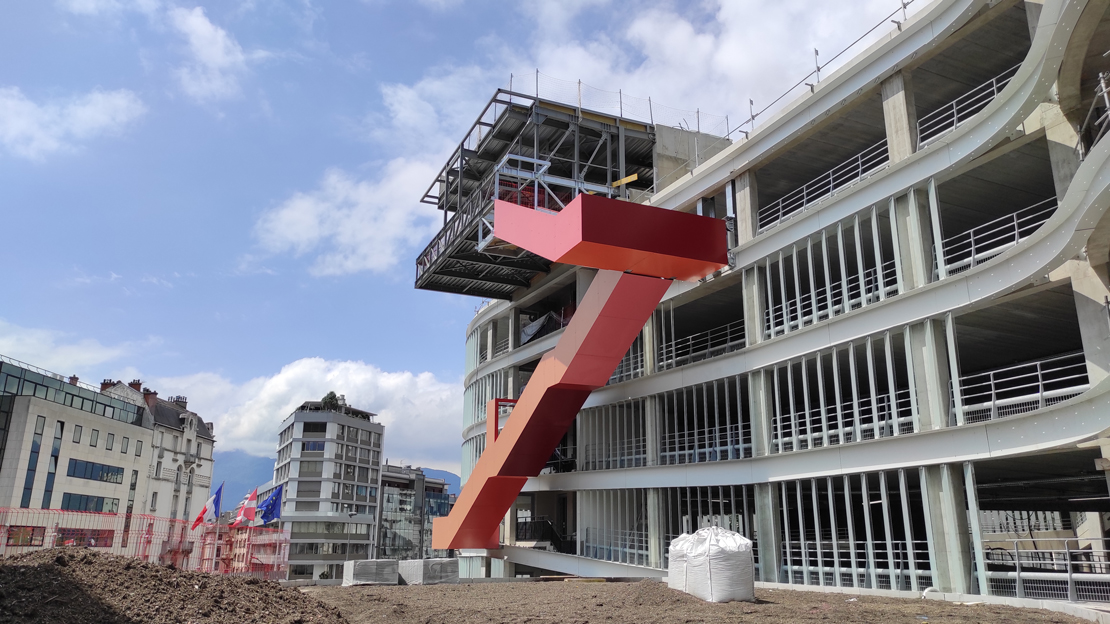 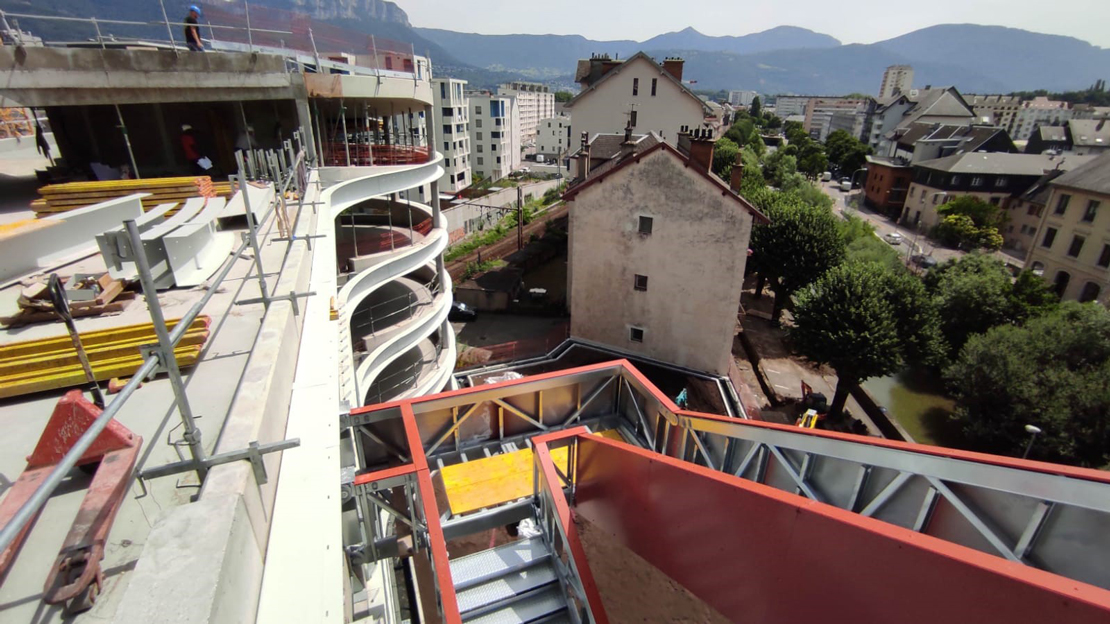 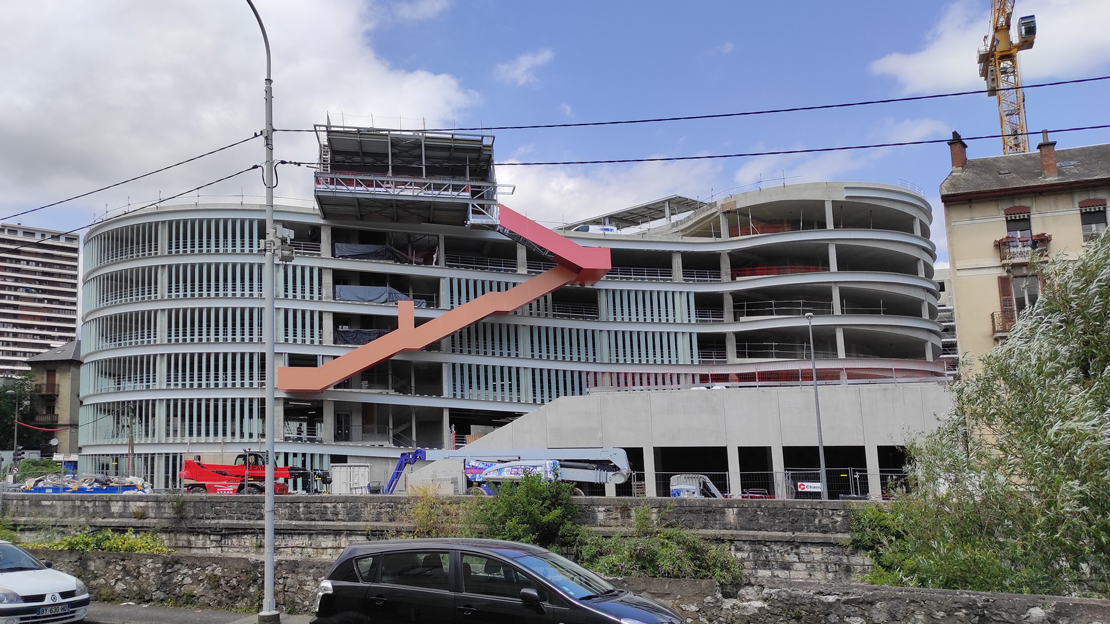 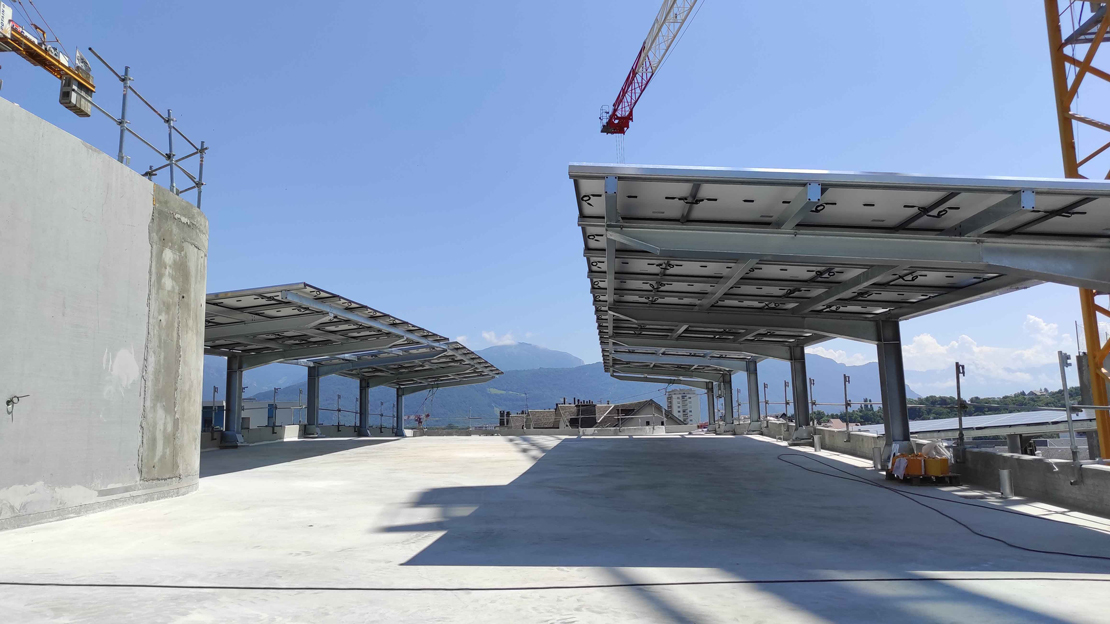 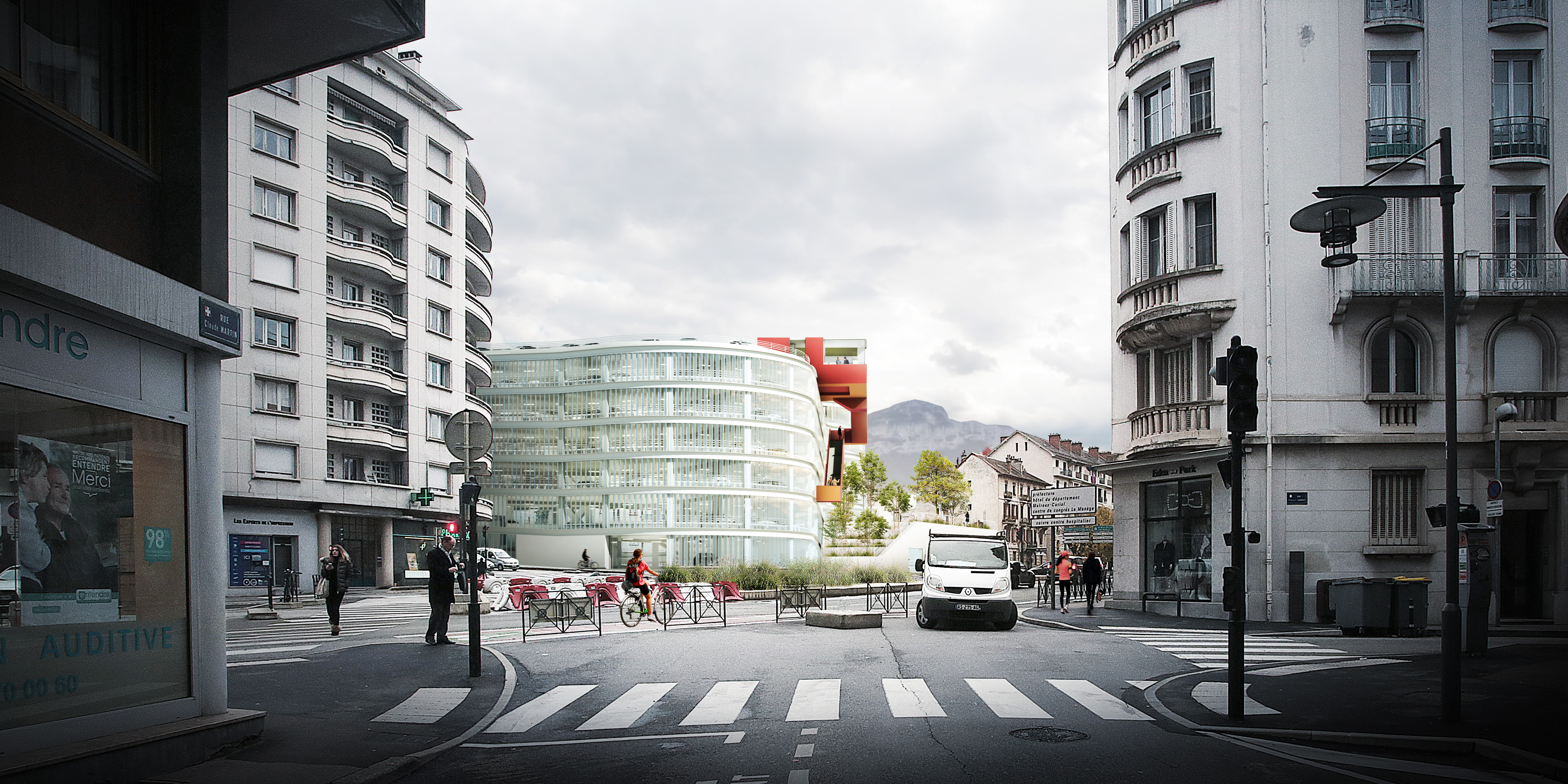