Whilst the Lionel Terray Gymnasium is now located at the heart of the new Echirolles town centre, at the time it was built its surroundings were without feature or identity, brutally meaningless: the neighbourhood consisted of 2 blocks of social housing, a partially completed high school, a few detached houses, some small industrial structures and fields waiting to be built over, all set against the distant vista of the mountains. The population that lives in this territory is young and fast-growing, and the gymnasium was intended for them.

The project is not so much an attempt to establish an object, but rather to assemble these scattered elements around itself by establishing visual and topographical continuities. Thus, rather than a closed box as sports halls often are, the gymnasium is an inflected structure that is open to the exterior, permeable, accessible and available. It rejects neither the surrounding architecture, inherited from the repetitive, standardised methodologies of the 1960s or the jerry-building of the 1980s, nor the landscape, which it makes no attempt to keep out.

The building is formed from the interlocking of a curved metal shell that covers the sports hall, and of a horizontal rectangular box made entirely of glass. The gymnasium is hollow, sunk 4 metres into the ground: the whole length of the opaque walls that necessarily surround this type of structure and of the seating, is buried, leaving three totally transparent sides at ground level, which make the flat area below into a stage where the sport takes place. The eye is attracted from one end of the building to the other. From the seats, the viewing angle has the effect of "erasing" the immediate environment and providing a frame for wide, panoramic horizontal views to the mountains and the sky.

The stretched arch roof consists of a metal "false layer" frame formed by 12 three-dimensional 28 m beams linked together to form a rectangular mesh latticework supported by two longitudinal metal beams with a span of 42 m. They function like a bridge resting on two concrete piles, on one side by the climbing wall, and on the other side on a combined transverse beam which links with the roof of the hall. The hall, an important constructional element in the articulation of the whole, is handled as a fluid space. All the small units – cloakrooms, reception desks, etc. – are grouped within a red box with a somewhat theatrical curved structure.

The construction and design of the building are not treated here as an expression in themselves, but as a means of holding forces in tension to enhance the quality of the space. 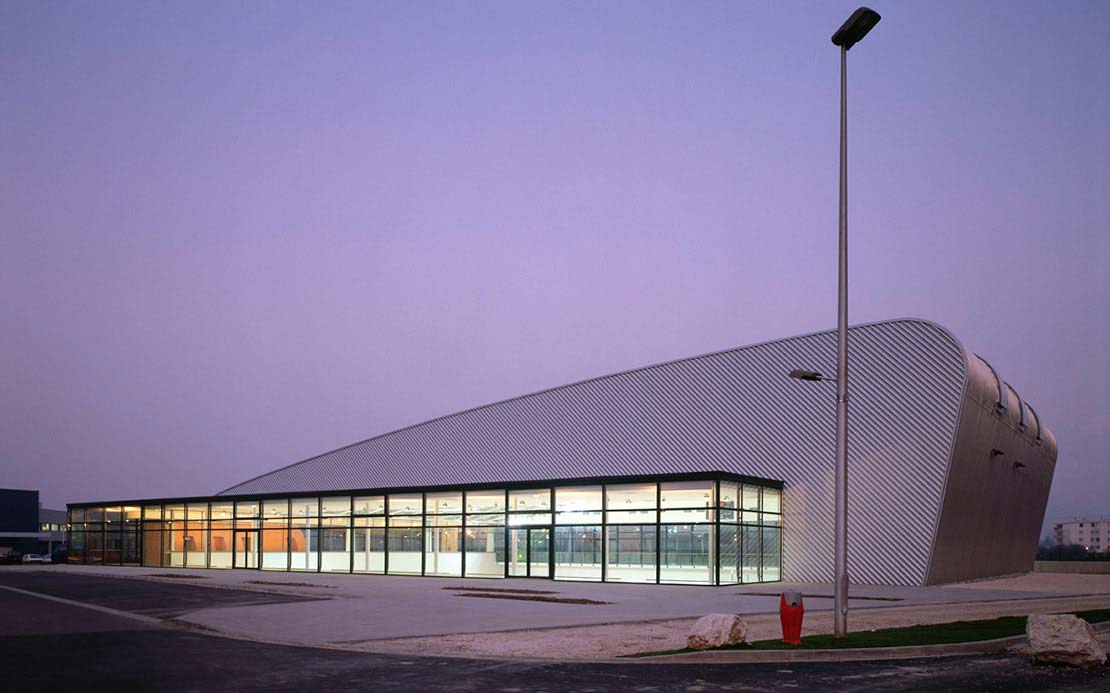 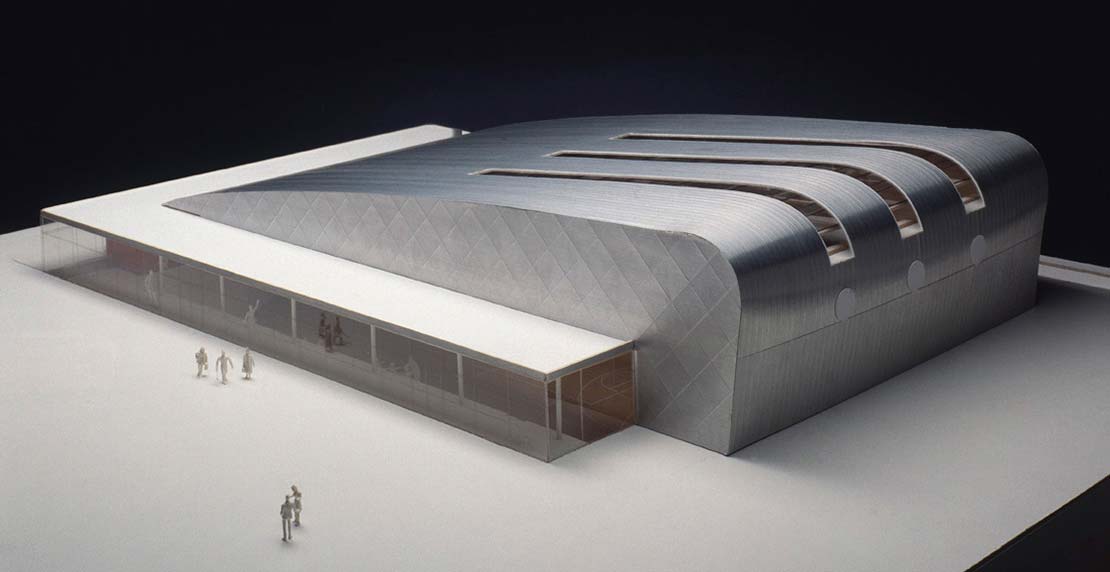 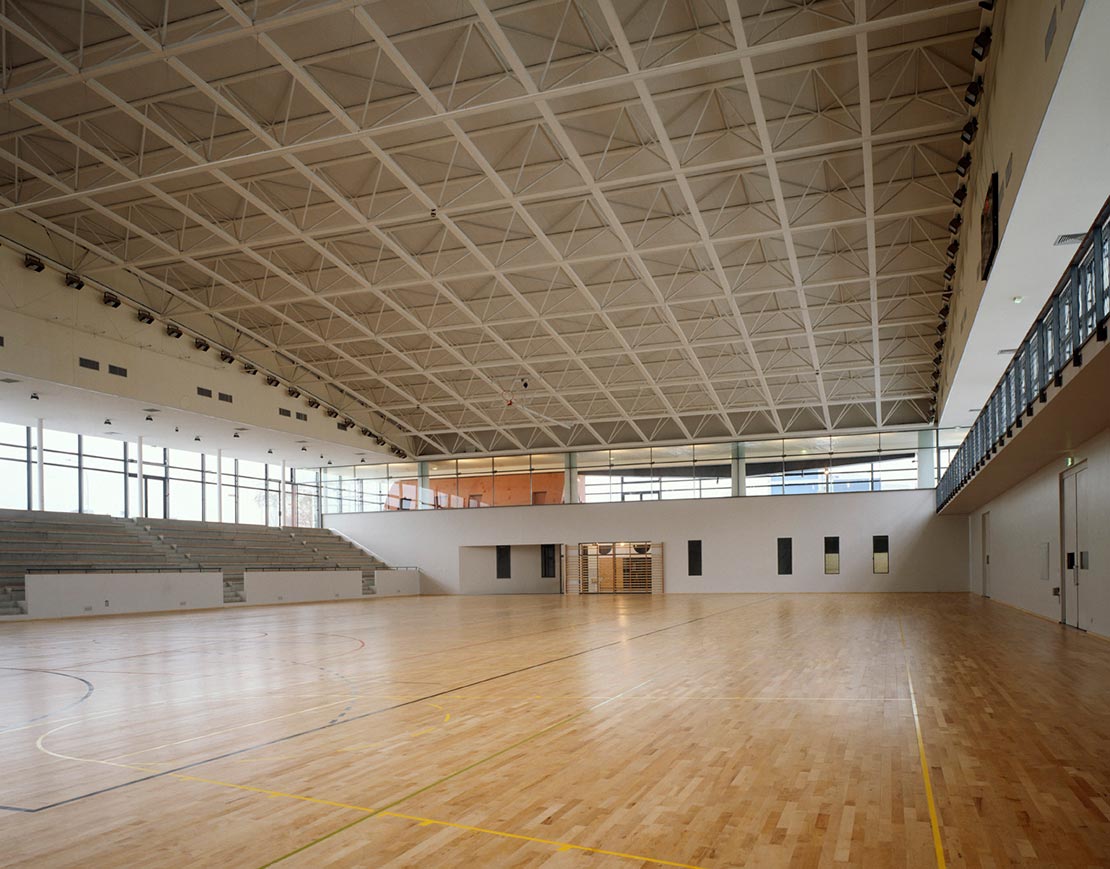 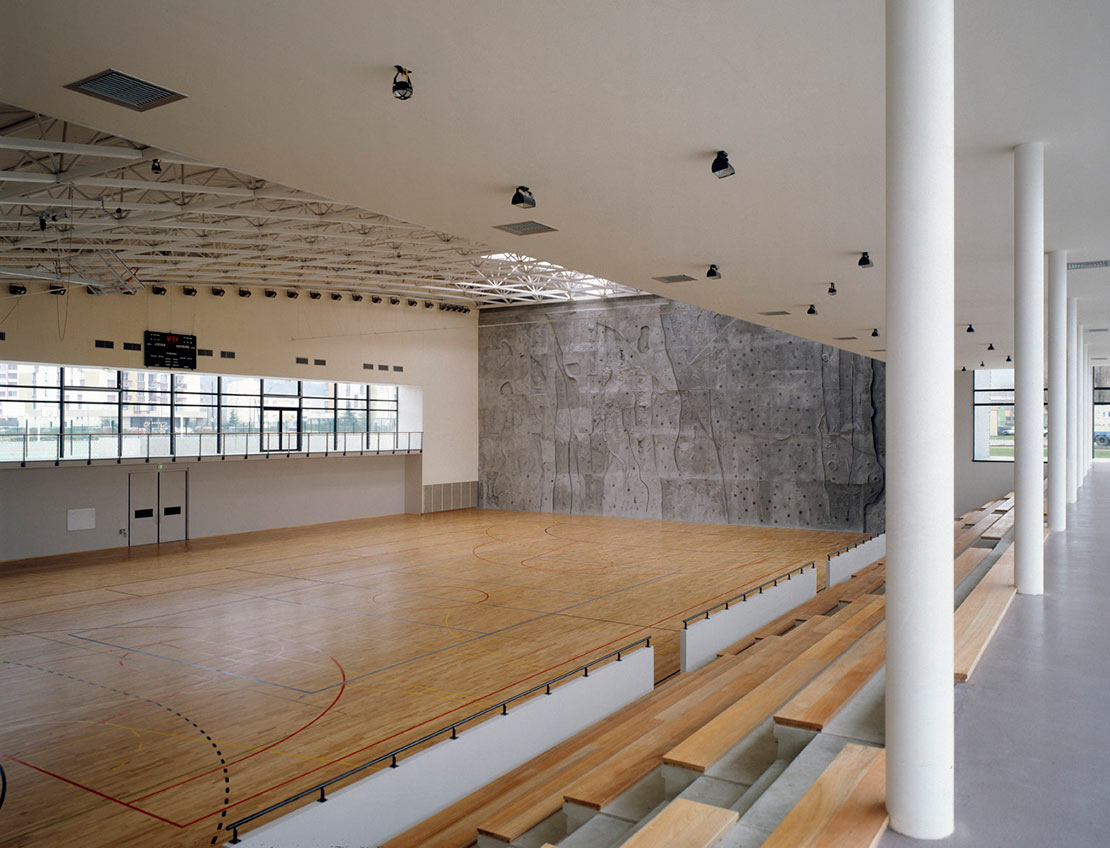 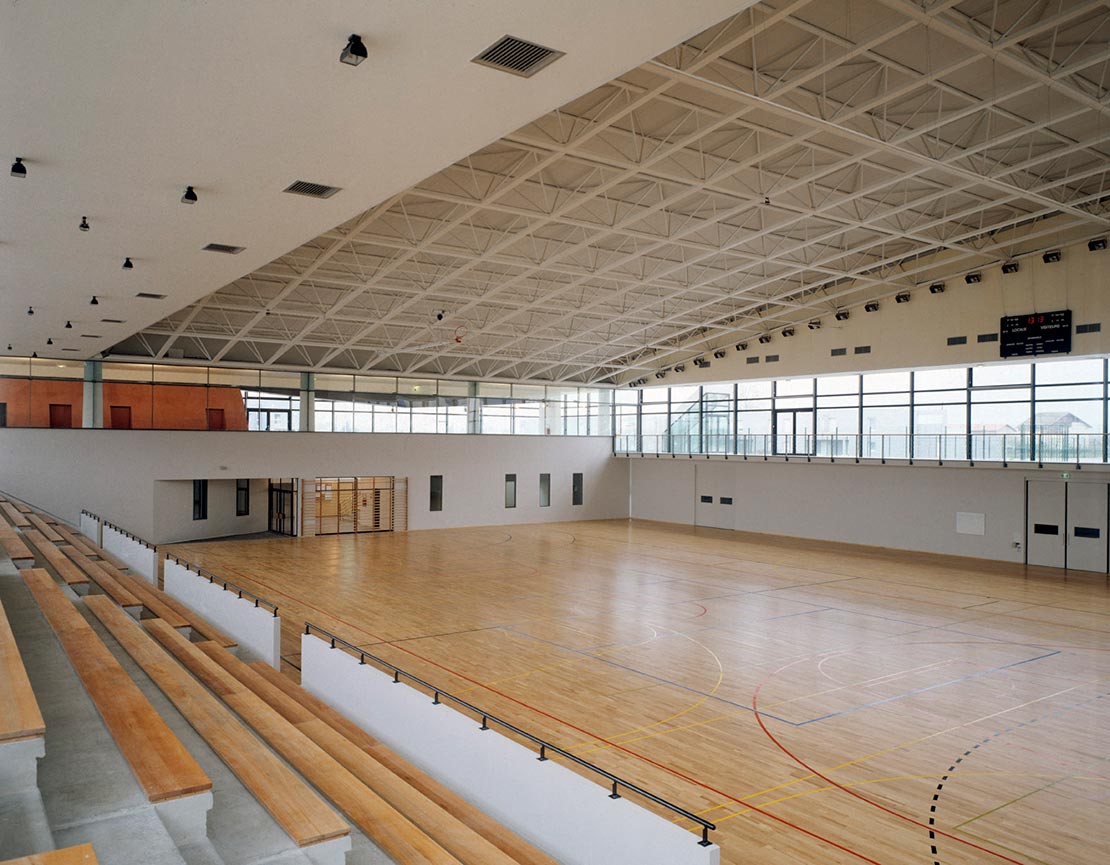 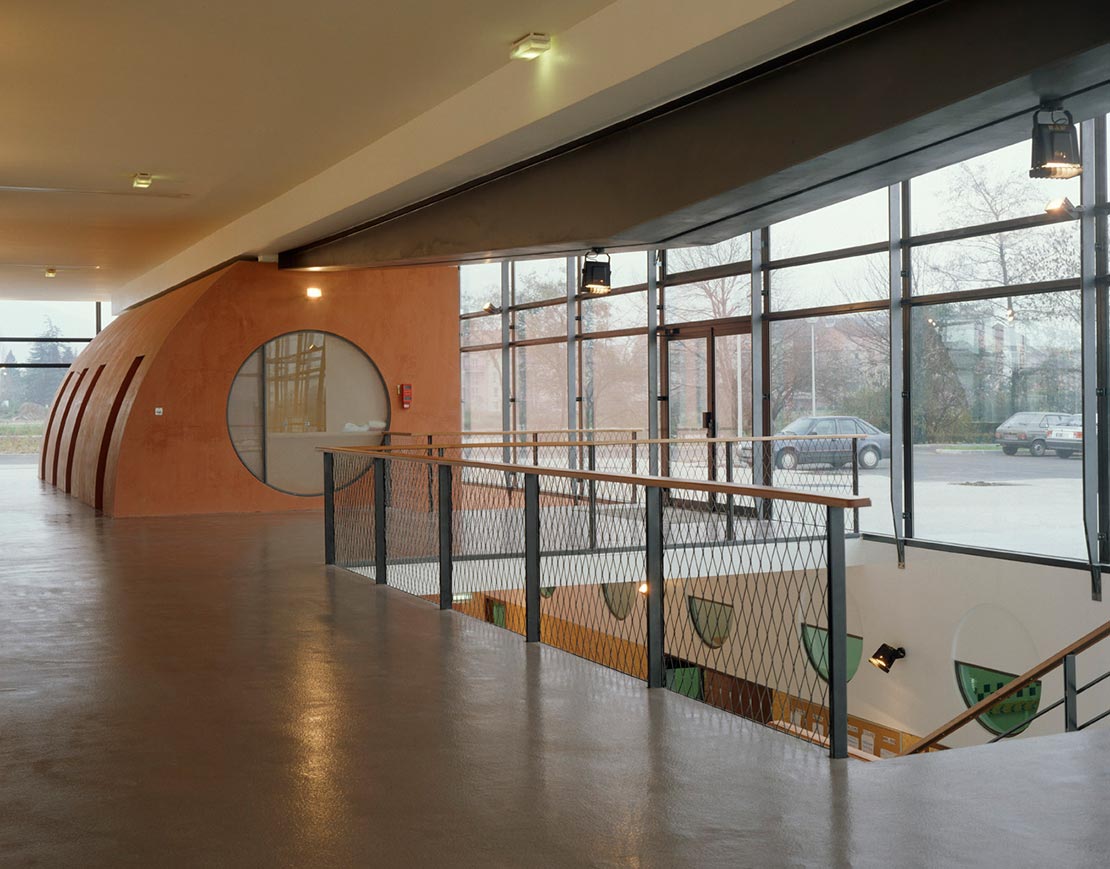 Cost of works €3.07 million before tax