A day & night pole of attraction

The Music Venue is a 7000-seat concert hall inside the future Europacity urban development. It stands in an unusual position. Its belvedere roof is a piazza at the end of the promenade from the future Gonesse train station. The project articulates the different Europacity levels through a series of horizontal and inclined plans to lead the visitor successively from the Main Street to the commercial spaces and the park.

The BIG Practice’s master plan for Europacity establishes the “Rolling Hills” idea, a very pronounced formal vocabulary. The Music venue project is nested inside the strips system that extends around the Central Park. To avoid contradiction or competition with the principles established by BIG, the Music Venue is designed as an artificial landscape that settles in the continuity of the layer system and the different public spaces levels. Its trapezoidal shape is implanted in the axis of the park and ensures the junction between this direction and that of the Main Street.

The volume of the concert hall is embedded in the lower level of the parking, partially buried. An “active” roof that integrates the flies’ volume, a technical space that becomes an element of the urban scenography, covers it. The roof is a panoramic space covered by a large openwork pergola made of circular elements and perforated by trees, all of which form the Sound Deck. The view from the Belvedere is spectacular : in the foreground, the horizontal pergola’s cutouts punctuated by trees and planted circles ; further away, Europacity’s park.

The Sound Deck and the pergola make up a horizontal plan that stretches beyond the façade of the hall and shelters the outdoor stage. This stage is framed on both sides by a “forest” of posts, thin lines that form a light vertical universe in the middle of which two stairs meander to link the Sound Deck to the outdoor stalls and offer panoramic views onto the park. On show nights, the stage is dressed with curtains and screens and changes the light and transparent daytime image of the façade.

To create a lively space outside of events times, the project integrates alternative functions linked to the show world : the Sound Deck is an acoustic space that allows to broadcast musical scores created for this specific device ; the Show Factory stages the grid and what happens behind the scene ; at the lower level a club-restaurant receives more intimate concerts outside major events ; the exterior stage is for daytime shows and public dancing lessons. 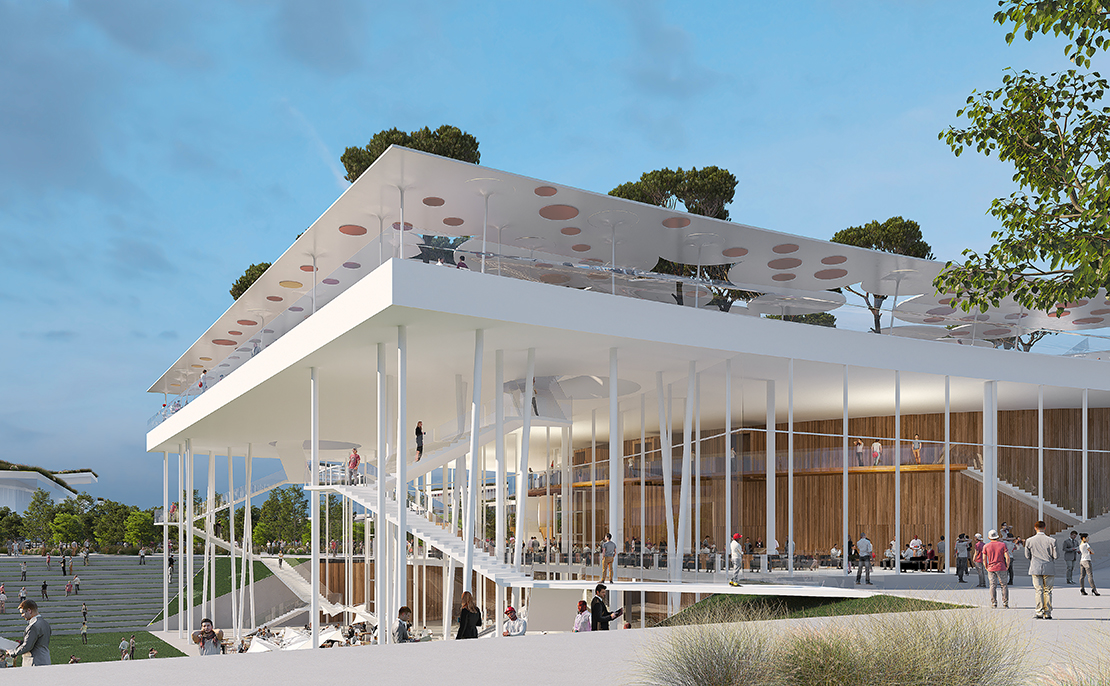 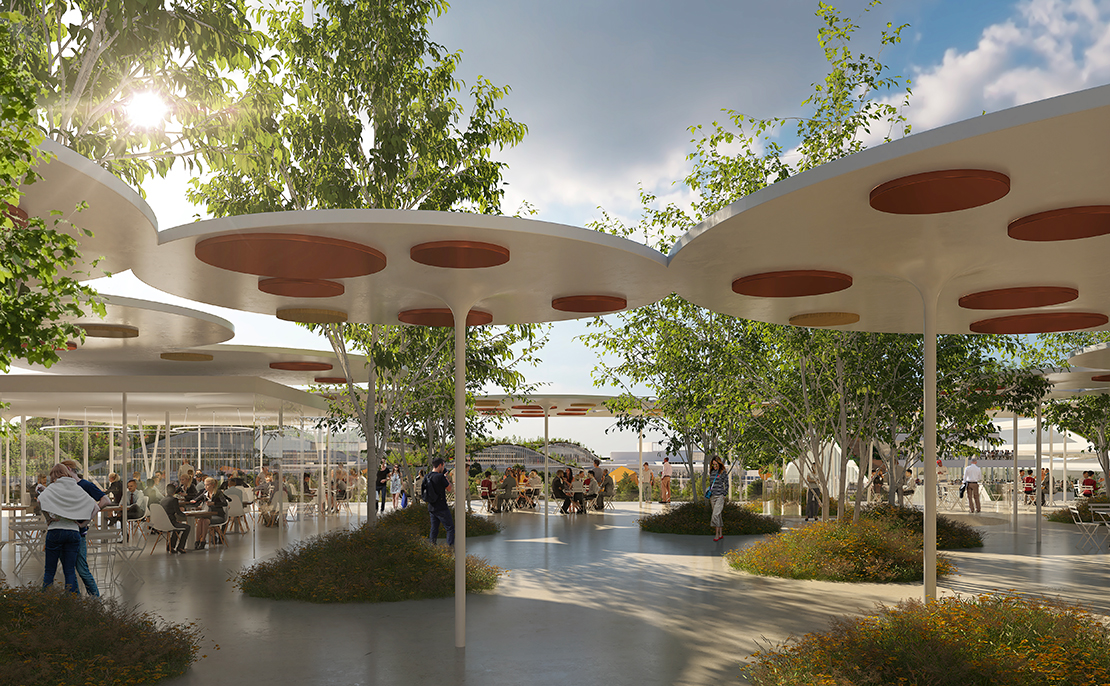 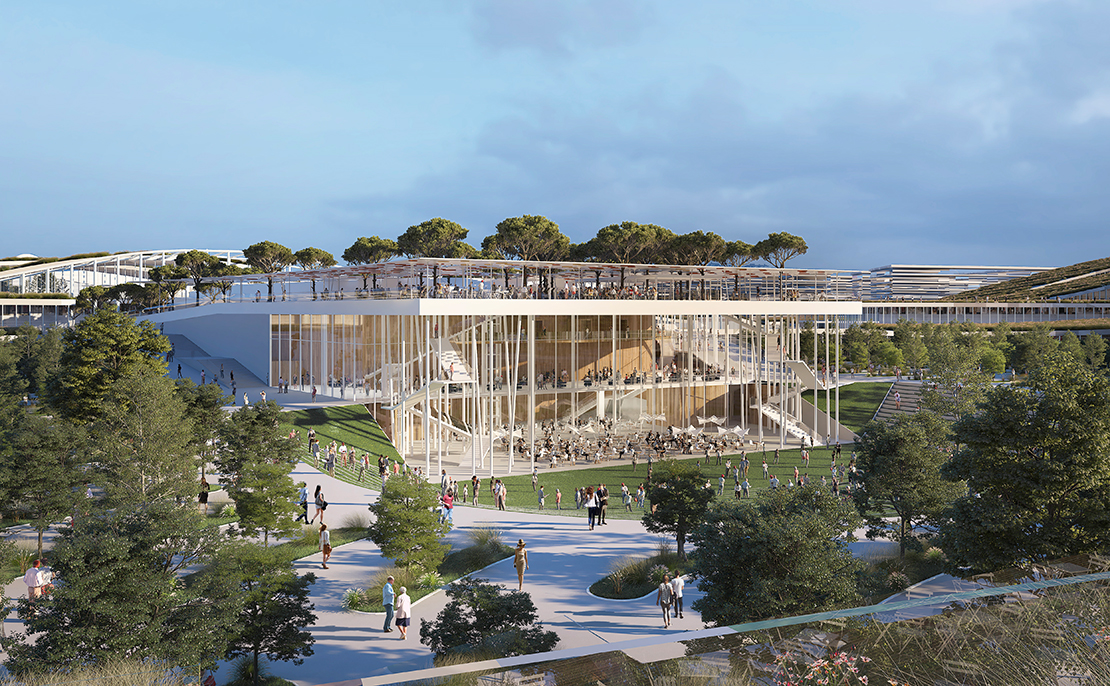 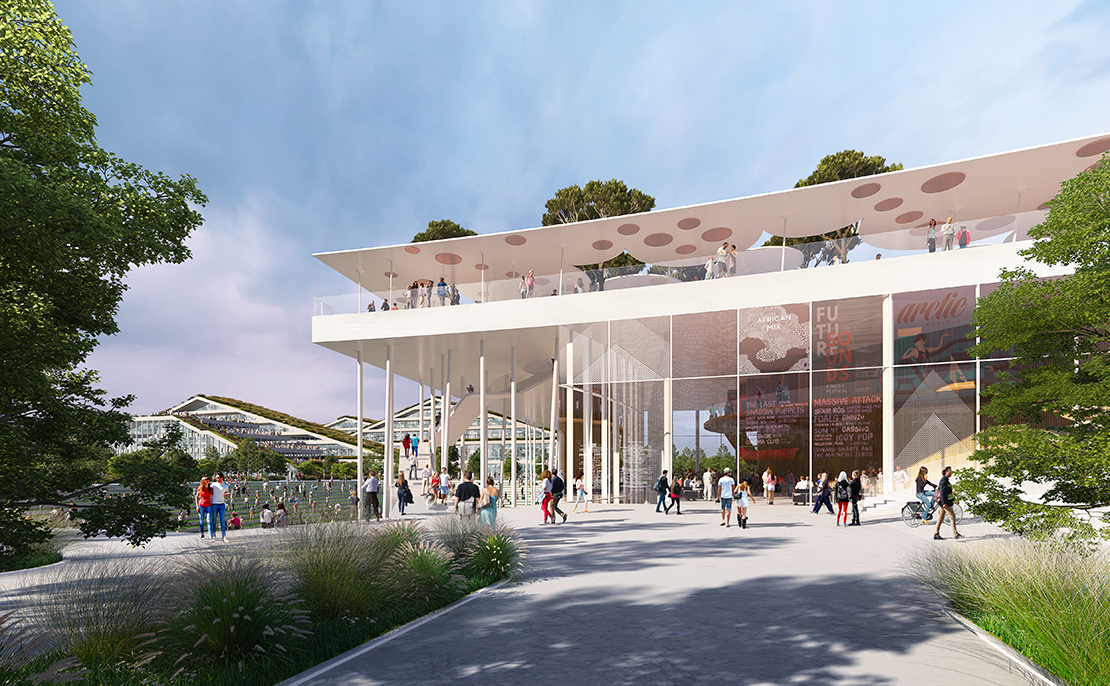 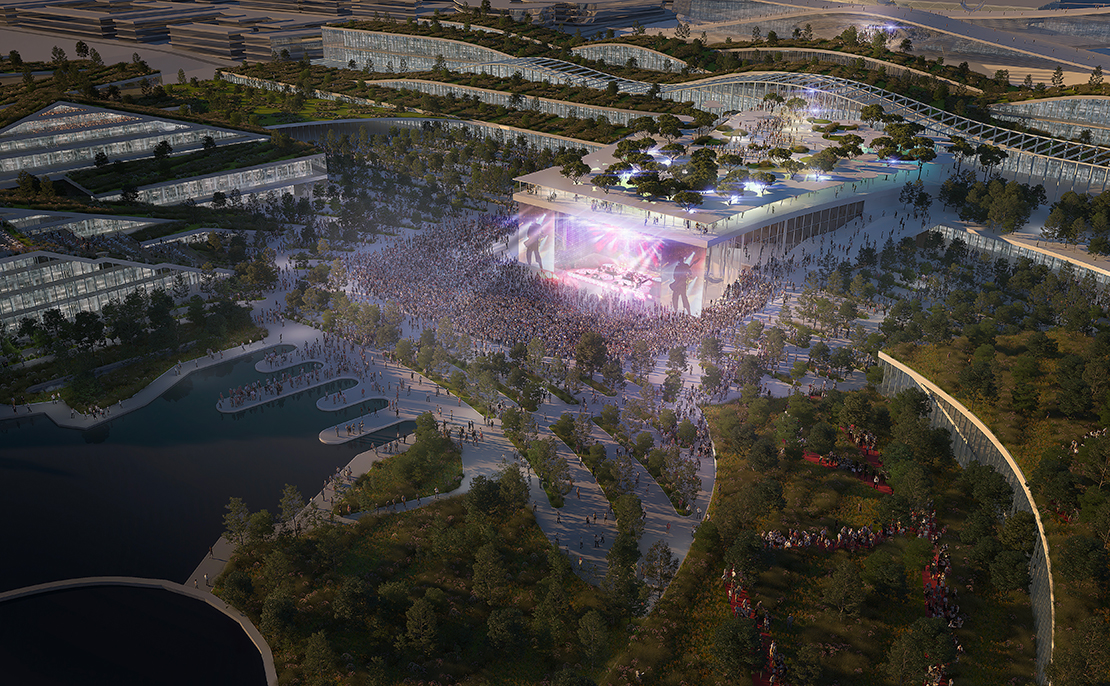 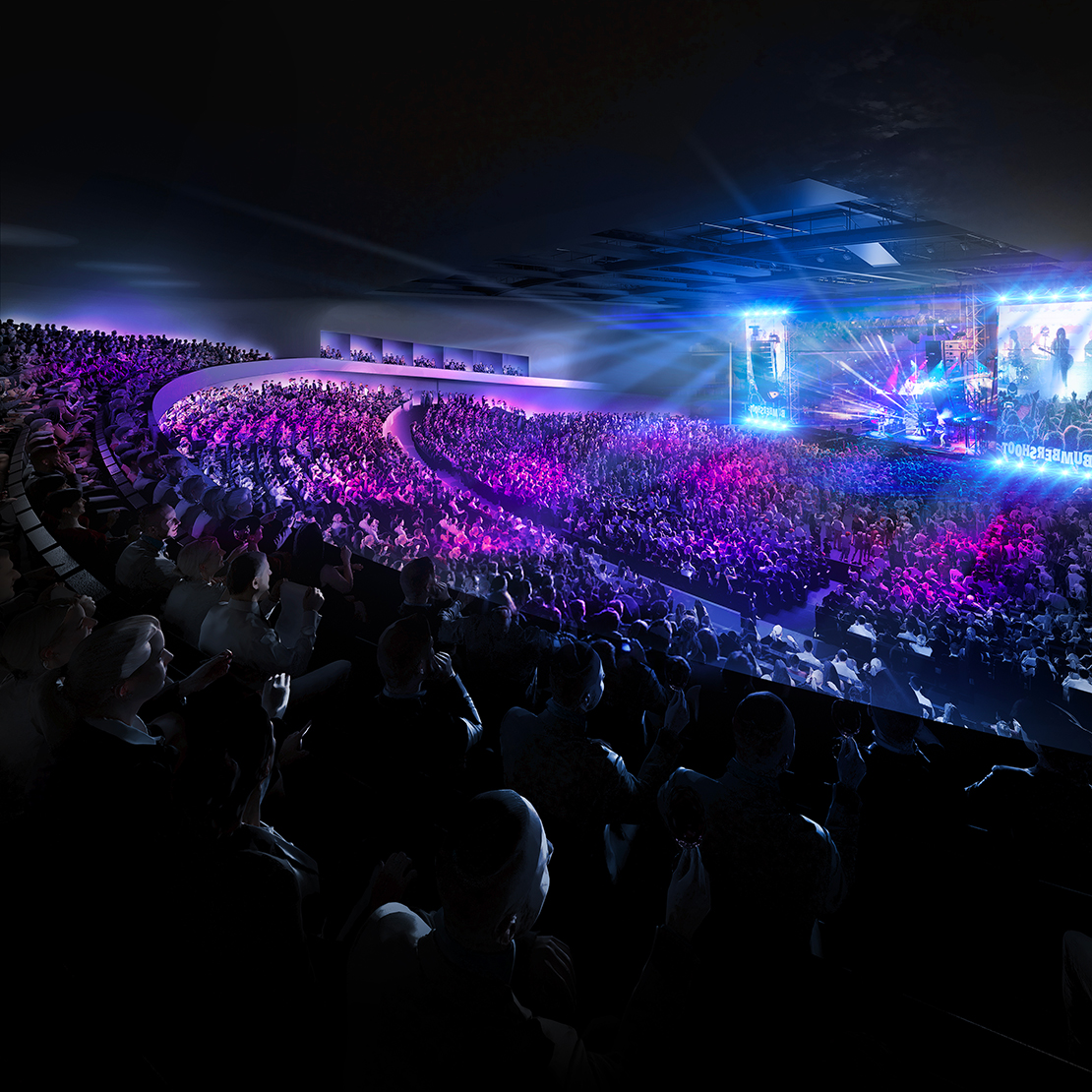